The extremely powerful explosions, linked to unsafe storage of large quantities of ammonium nitrate, that devastated the Lebanese port city of Beirut on Tuesday 4 August, have left more than 157 people dead, many more still missing, over 5000 injured and almost 300,000 people rendered homeless.

A number of Lebanese diaspora in Australia have expressed great concern for the home country, suffering from endemic corruption, incompetence in governance and effects of COVID-19 pandemic on the entire Lebanese population.

The Lebanese Muslim Association (LMA) based in Lakemba, Sydney released a community statement on Wednesday 5 August expressing horror at the tragedy requesting Australians to pray for Lebanon.

Mr Roland, Jabbour OAM, President and National Chairman of AACCI in a statement released on Wednesday 5 August said, ” On the behalf of the Australia Arab Chamber of Commerce and Industry, we share our solidarity and our concerns with all the community and are deeply shocked and saddened by the unfolding news coming from Beirut this morning.”

AFIC President, Dr Rateb Jneid offered his condolences and support to the people of Beirut saying, “These horrendous explosions cost tens of lives and brought injury to thousands of innocent men, women and children who were trying to go about their daily lives. My heart goes to them and their families. I offer my deepest condolences to all affected families and I pray to Allah to rest the souls of the lives lost and grant them the peace of paradise.”

The Acting Minister for Multiculturalism, Geoff Lee and Multicultural NSW’s CEO, Joseph La Posta have sent messages of solidarity to the community.

“My thoughts and prayers are with our Australian Lebanese community who have loved ones in Beirut. The explosion was a terrible tragedy and we stand united with you in your grief. We are heartbroken by the scale of the impact of the devastation and recognise the deep grief our Australian Lebanese community is feeling,” Acting Minister for Multiculturalism, Geoff Lee said.

The explosions occurred at Port of Beirut that serves as the main maritime entry point into Lebanon and a vital piece of infrastructure to import scarce goods and included 4 basins, 16 quays, 12 warehouses, a large container terminal. 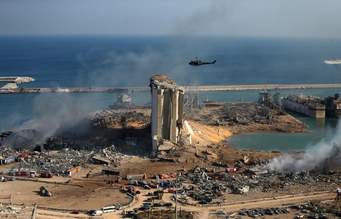 Beirut Port after the blast.

In September 2013, a cargo ship MV Rhosus, owned by Russian businessman Igor Grechushkin, set sail from Batumi, Georgia, to Beira, Mozambique, carrying 2,750 tonnes of ammonium nitrate fertilizer. In October, it was forced to port in Beirut with engine problems.

After inspection by port state control, the Rhosus was found unseaworthy, and it was forbidden to set sail. Eight Ukrainians and one Russian were aboard, and with the help of a Ukrainian consul, five Ukrainians were repatriated, leaving four crew members to take care of the ship.

The cargo of the ship consisting of 2,750 tonnes of ammonium nitrate that had been confiscated by the government from the abandoned ship was stored in the warehouses adjacent to the port for almost 7 years and despite claimed safety concerns by port authorities, the government remained paralysed with inaction.

Currently investigations are being carried out and a number of people have been under house arrest in order to pinpoint the blame and negligence that has resulted in this catastrophe. 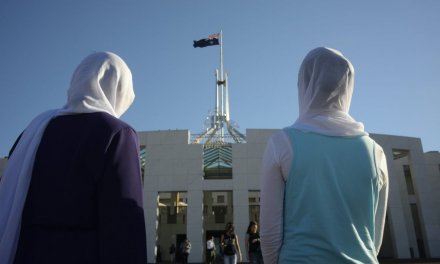