An unprecedented consortium of 117 organisations, academics, lawyers, community and faith leaders has signed an open letter to New South Wales Premier Gladys Berejiklian, urging her to bring the state’s historic Modern Slavery Act into force by 1 January 2021, two and a half years after it was passed unanimously by both houses of Parliament. 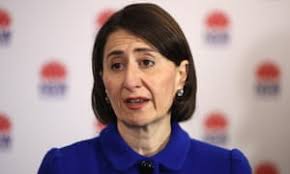 Signatories calling for an end to the delay include the Grand Mufti of Australia, Dr Ibrahim Abu Mohamed, Muslim Women Australia, AMUST and its publishers Seena Inc as well as the NSW Ecumenical Council, the NSW Jewish Board of Deputies, the Anglican Church of Australia’s Public Affairs Commission, several Anglican dioceses, ACRATH (Australian Catholic Religious Against Trafficking in Humans), Caritas Australia, Unions NSW, Australian Lawyers for Human Rights and the Australian descendants of one of the first British Abolitionists.

The joint letter – coordinated by the anti-slavery group Be Slavery Free and anti-slavery project War on Slavery – states that if NSW is serious about its commitment to ending modern slavery, the law must be implemented as a matter of urgency.

It is also feared that poverty and despair will see more people – mainly women and children – deceived or coerced into sexual slavery, domestic servitude and forced marriage.

Many of the signatories are also worried about what the unprecedented delay says about democratic processes in the State amidst fears the state government is under pressure from the business community to delay the legislation indefinitely.

In the two years since the Act was passed, estimates provided by the Hong-Kong based Mekong Club (https://themekongclub.org) suggest that around the world as many as 18 million people may have been deceived or coerced into different forms of modern slavery. 9 million per year. 25,200 per day. 1,050 per hour. 1 new slave somewhere in the world every 4 seconds.

“The numbers are unconscionable”, says Jane Jeffes of War on Slavery. “Entirely avoidable delays have had a profoundly adverse effect on the lives of millions, with women and children the most vulnerable. Millions more people have been caught up in modern slavery since the Act was passed.

That simply should not have happened or been allowed to happen.

“Other states are now looking at legislation that will strengthen Australia’s fight against modern slavery and we fail to understand why the NSW government hasn’t put the NSW Act into force as a source of pride.”

The NSW Modern Slavery Act has been lauded internationally as world-leading legislation with some of the world’s strongest anti-slavery reporting provisions and penalties for those who fail to comply.

The Act requires companies with a turnover of more than $50 million to search for slavery in their supply chains and to report publicly in the form of an annual modern slavery statement, including detailing the steps they are taking to eliminate slavery. Failure to prepare or publish the required statement or providing false or misleading information will incur criminal penalties up to $1.1m.

Significantly the Act also directs all NSW government agencies to respond to the risk of modern slavery in their own procurement.

But as UNSW Emeritus Professor of Law, Paul Redmond, one of the signatories, explains the Act is in limbo.

“The Act was passed and assented in June 2018. Bringing it into force should have been a formality. Rather than proclaim the legislation into force, Gladys Berejiklian’s government took the unusual step of delaying its proclamation and then launching a parliamentary inquiry into the Act”.

At last year’s Inquiry, the NSW government submitted that the Commonwealth Modern Slavery Act passed in December 2018 posed a question as to whether the state legislation was still necessary.

The Inquiry received over 100 submissions with the vast majority arguing that the NSW anti-slavery laws are much stronger and broader.

The Commonwealth Act is essentially a supply chain transparency act with a higher reporting threshold requiring about 3,000 of Australia’s largest businesses, with annual consolidated revenue over $100m, to publish annual statements on the steps they are taking to address modern slavery in their supply chains and operations. That law has attracted criticism for its lack of penalties and state government accountability for procurement decisions, and for the exclusion of such provisions as an anti-slavery commissioner, support for victims and community education.

In March this year, the Inquiry recommended that with a few minor amendments, the NSW MSA should be enacted by 1 January 2021.

In reporting the story this week, the Guardian Australia inquired about the Premier’s commitment to the legislation and whether it would take effect as the Inquiry recommended. A NSW government spokesperson was quoted as saying that “The government is carefully considering the committee’s recommendations” and was due to respond to the committee report “later this year”.

Meanwhile, the NSW government website on modern slavery continues to say the state is working with the federal government to ensure the responses by the two levels of government are “consistent and complementary”.

The signatories to this week’s letter worry that although the Premier herself has previously identified the moral imperative of the NSW Act, it’s future seems so uncertain.

“We are unsure why the Act has yet to be enforced,” says Be Slavery Free’s Carolyn Kitto. “The Inquiry recommended that it proceed and it could have been brought into force on 1 July.

“The Act recognises that modern slavery is prevalent around the world and in NSW. The government had committed to a strong deterrent to ensure that the goods and services NSW consumers, businesses and government buy are not produced by the slavery of others and I am sure the people of NSW and the parliament want to see the Act in effect.

“Movements to address modern slavery are happening all over the world and instead of leading the pack, New South Wales now risks falling well behind. We hope that it is not external lobbying pressure or factions within the party that are driving this delay.”

The Guardian Australia reported Professor Redmond saying that the NSW Act has been strongly opposed by business organisations, which have argued it is unnecessary in light of the national law, even though the federal government had already announced its intention to introduce modern slavery reporting requirements at the time the state law was passed.

“The NSW act says that reporting should not be voluntary,” he added. “Clearly, some interests believe that these ‘transnational crimes’ and ‘undeniable moral imperative[s]’ should be left to the realm of voluntariness.”

Another signatory to this week’s letter, NSW barrister Philip Granville Wallis, draws parallels between the current battles with government and big business and those fought by the original abolitionists more than 200 years ago.

Connected through his mother’s family to Granville Sharp (1753 -1813), one of the first British campaigners for the abolition of the slave trade, all first-born sons in the Sharp family carry their ancestor’s name and are inspired to continue the fight.

“I proudly carry Granville as my middle name and find it incomprehensible that we are still having these battles with governments. As a barrister, I share my ancestor’s passion for opposing injustice and denial of human rights and am very pleased to be a signatory to this letter.”

The term modern slavery covers a range of exploitative practices including human trafficking, slavery, servitude, forced labour, debt bondage and forced marriage. It is not just a problem in offshore supply chains: the Australian Institute of Criminology estimated the number of human trafficking and slavery victims in Australia was between 1,300 and 1,900 in 2015–16 and 2016–17.  Research conducted by the Walk Free Foundation suggests the numbers could be ten times as high.

The renewed demand for the nation’s strongest anti-slavery laws to be enacted was delivered on Monday July 20. The letter was also sent to the leaders of all political parties in the NSW Parliament and is understood to have been tabled in Parliament.

The public is now being urged to write to their state MPs.

War On Slavery 90s explainer – what is Modern Slavery: 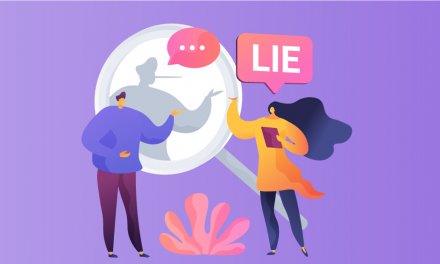