The drama “Um Haroun,” or “Mother of Aaron,” centered on a Jewish nurse living in an Arabian Gulf country in the 1940s has dominated viewership ratings this Ramadan. While the drama was filmed before the COVID-19 outbreak, its producers note its timely message: “Today, the world’s sentiment is no longer ‘us vs. them,’ but more like ‘we are all in this together.’”

Everyone knows how important fasting during Ramadan, and daily worship and prayer are in Islam; but few know that Islam considers reconciling people better than many acts of worship. Prophet Muhammad (s) said: “Should I tell you what is better in degree than prayer, fasting, and charity.” They (the companions) said: “Yes.” He said: “Reconciling people, for grudges and disputes are the razor (that shaves off faith).” (Ahmad, Abu Dawood, and At-Tirmidi)

Islamic and Jewish tradition both agree that Prophet Abraham(a) visited Prophet Ishmael’s (a) distant home on at least two different occasions to make sure that his family relationships were suitable.

Can the descendants of Isaac and Ishmael reconcile with each other, and reduce the number of  funerals in the Middle East? In other words, can Jews and Muslims in the contemporary world coexist with one another? In Israel? In America? Wherever Jews and Muslims are living in the same communities, countries and regions?

Some of it comes from our limited understanding of our histories, which are often inaccurate and incomplete. Much of it comes these days from the mainstream media and from social media, which often spread disinformation about each other’s religions and cultures viciously and virally in very destructive ways.

I believe that it is morally imperative for the descendants of Isaac (a) and Ishmael (a) to find ways to coexist and cooperate for the common good for 3 reasons:

First, both Qur’an and Torah teach us that this is the correct thing to do.

Second, our understanding of history should help us understand why this is essential now.

And third it is in our enlightened self-interest to do so.

It is time to choose reconciliation rather than retribution between Jews and Muslims in this world. The time for enmity is over. It is time to find another path, one of coexistence and cooperation, for the benefit of all concerned.”

The Qur’an states: “No good is there in much of their private conversation, except for those who enjoin charity, or [doing] that which is right, or [encouraging] reconciliation between people. And whoever does that, seeking means for the approval of Allah ; We are going to give him a great reward.”  (4:114)

Even more amazing the Prophet of Tawhid (s) said: “The one who reconciles people is not considered a liar if he exaggerates what is good or says what is good.” [Ahmad]

This is an excellent guide to dealing with the three-generation old Israeli-Palestinian conflict. Rather than focusing mostly on what the other side did to us, we all should focus on how the conflict has hurt all of us, and how much better our future would be if we could live next to each other in peace.

As the Qur’an states: “’Believers, be steadfast in the cause of God and bear witness with justice. Do not let your enmity for others turn you away from justice. Deal justly; that is nearer to being God-fearing.” (5:8)

And as Prophet Muhammad (s) said: “The best charity is to reconcile [conflicts] between people.” [At-Tabarani in Al-Mu‘jam Al-Kabeer]

Then all the children of Prophet Ishmael (a) and Prophet Isaac (a) will learn to live in Holiness, Peace and Prosperity. As Prophet Isaiah (a) envisioned (19:23-25): “On that day there will be a highway from Egypt to Assyria. The Assyrians will go to Egypt and the Egyptians to Assyria. The Egyptians and Assyrians will worship together. On that day Israel will be the third, along with Egypt and Assyria, a blessing on the earth. The Lord Almighty will bless them, saying, “Blessed be Egypt my people, Assyria my handiwork, and Israel my inheritance.”

From this we learn that the miracle of reconciliation can often unite rivals and even enemies in a win-win resolution; and it can occur again in our own lifetimes if the descendants of Prophet Isaac (a) and Prophet Ishmael (a) negotiate a settlement that reflects the religious policy that “…there is no sin upon them if they make terms of settlement between them; and settlement[reconciliation] is best.” (Quran 4: 128)

And “No good is there in much of their private conversation, except for those who enjoin charity, or that which is right, or reconciliation between people. And whoever does that, seeking means to the approval of Allah, then We are going to give him a great reward.” (Quran 4: 114)

Allen S. Maller is an ordained Reform Rabbi who retired in 2006 after 39 years as Rabbi of Temple Akiba in Culver City, California. His web site is: www.rabbimaller.com. Rabbi Maller blogs in the Times of Israel. His 2017 book is: ’Judaism and Islam as Synergistic Monotheisms: A Reform Rabbi’s Reflections on the Profound Connectedness of Islam and Judaism’ (31 articles previously published by Islamic web sites). 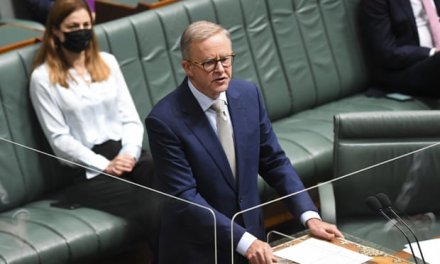