Muslims know that ‘forgiveness and mercy’ are referenced countless times in the Holy Qur’an with special emphasis in Surah ash-Shuraa 42:40, ‘ The recompense of Evil is punishment…but whoever forgives… he shall have his reward from Allah.’

Whether Salah Khashoggi, eldest son of  Jamal Khashoggi, is already a beneficiary of pardoning his father’s killers, is a moot question. But it is hard to accept he was not coerced into forgiving his murder in October 2018.

What the killers did not realise was that Turkish police had bugged the building so we know precisely their modus operandi.

Once inside, the journalist was drugged and dismembered by an autopsy surgeon who is heard to comment that he had never cut up a warm corpse.

In spite of the macabre recording,  Riyadh has consistently denied involvement of the 34 year old prince, who is known to be intolerant of any criticism of his one step forward, two steps back reforms to the social structure of the austere desert nation.

Ignoring international demands for an open hearing, the trial of the accused was held in camera with five men sentenced to death which in Saudi Arabia is beheading. Others received seven and ten year sentences and a further two, including Saud al-Mahtani, a close aide to MBS,  were exonerated.

It is hard to imagine how Salah’s pardon, announced on the final and most holy day of Ramadan, must have affected Hatice Cengiz, the journalist’s fiancée.

She had watched her beloved walk into the consulate, never to emerge. Unless we are to believe he was in the black bin bags, carried out by the hit squad and captured on CCTV.

“His murder does not have a statute of limitations and no one had a right to pardon killers,” the normally restrained Ms Cengiz posted angrily on Twitter.

Question:  Is anyone likely to believe that Salah, spokesman for the three Khashoggi siblings, has issued the pardon out of the goodness of his heart?

Writing in The New York Times , Ben Hubbard, author of MBS, a new biography of the defacto ruler, claims tens of thousands of dollars and millions in real estate has been paid as compensation for their father’s death.

This may be the Saudi way of dealing with things, but it is unacceptable in a civilised society.

The young royal must be made to pay for the heinous crime which showed total disregard for a human life and which made a parody of diplomatic protocol.

It would be a positive step for world leaders to boycott the G20, to be hosted by MBS in November in Riyadh and thereby express their revulsion at the atrocity.

They won’t of course, the West  is too dependent on the Saudis for oil and weaponry sales.

And that the Saudis are custodians of Islam’s holiest shrines must disturb every Muslim, more so now with MBS calling the shots with his own autocratic style.

Christine Osborne is author of Among Believers-A Pictorial Journey. ISBN 97809992324018 (paperback). Proprietor of www.worldreligionsphotolibrary.com, she has visited more than 30 Muslim majority countries including Saudi Arabia. My reflections on 15 March massacre 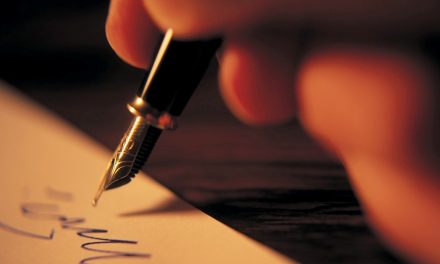