ANIC held its 13th General Assembly and AGM on Sunday 1 March 2020 at the ANIC and Board of Imams Victoria office in Melbourne.

The AGM also launched the ANIC National Women Advisory Council to maintain a stronger connection to the Australian Muslim Women and to hear their concerns, feedback and suggestions in what serves the best interest of all Muslims in the community.

ANIC will reach out to suitable female candidates on a national level to participate in the Council.

The AGM was attended by members of the respective Councils of Imams from New South Wales, Victoria, Queensland, South Australia, Western Australia, ACT and Member Imams from NT.

ANIC vision 2020 was presented and resolved in maintaining its religious authority and representation of the Muslim community in Australia and promoting the traditional teachings of Mainstream Islam.

A motion at the AGM was moved, to emphasise that Islam is our religion in practice and belief, and ANIC and its member Imams will not compromise on the core fundamental principles of Islam, and Mohammad (s) is the last and final prophet and messenger of Allah and Islam, and no prophet or messenger will come after him.

Any other claim is contrary to the Islamic teachings and those who believe otherwise will not be considered within the fold of Islam. 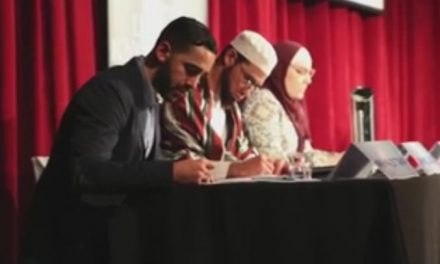