“And how canst thou have patience about things of which thy understanding is not complete.” (Qur’an 18: 68)

“If there is a God, why does he allow suffering?” is a huge question which has been asked for many centuries by those who seriously ponder. It is also a question posed by sceptics as they shake their heads and laugh at those who truly believe.

Prophet David (a) once stated as seen in the Psalms, “The fool hath said in his heart ‘there is no God.”’ This is also equated with wickedness by those to whom he was referring at that time.

It is true that there are wicked people in this era, particularly in political spheres, but strangely, many of them claim to be on a first-name basis with God. Some even claim to be “chosen”. I wonder, looking closely at that statement if answers to this anomaly are the words, “hath said in his heart.” Lip service is a wonderful tool for those who seek power. Did David (a) see the same subterfuge then as now?

For those who are truly questioning as they look at the myriads of deaths caused by wars, poverty, natural disasters, plagues and crimes against humanity, there has to be an answer. Of course Allah alone knows all, but let us just think about this question.

The Adversary
We need to travel back to the time of Adam (a) … in fact to the time of his creation.
This was a remarkable time when from clay the first man was fashioned and God breathed His Spirit into him. The angels were told, “When I have fashioned him and breathed into him of My spirit, fall ye down in obeisance unto him.” So in fact, man was the pinnacle of creation and higher than the angels.

However, there was one who did not bow down, Iblis. This entity is best known now as “Satan”. His reasoning for this refusal was that he was not going to bow down to someone made from mud when he believed himself to be on a higher level. However, what he did not take into account was that God, Himself, had breathed His spirit into man.

This combination of clay and the Spirit of the Most High has a powerful message: Man may reach the heights of knowledge and spiritual awareness; he may develop all the virtues and beauty that come with such a gift. On the other hand, he may reject his elevated stature and sink to the level of the mud from whence he was fashioned.

Rebellion
The rebellion of the Shaitan [Satan] was a moment that has tainted the whole of human history and the earth itself. His disobedience prompted by arrogance and jealousy, was to be his downfall. However, he then pleaded with God: “Give me respite till the day they are raised up.” His reference here was the day of Resurrection, the Day of Judgement.

To this God replied, “Be thou amongst those who have respite” here reference is made to his wicked followers. So the Shaitan then threw out a challenge: “I will assault them from before them and behind them, from their right and their left. Nor wilt Thou find in most of them Gratitude (for Thy mercies).” (Qur’an 7:17)

In Surah Al Hijr (Qur’an 15:39-42)  it is again stated from Iblis: “O my Lord, because Thou hast put me in the wrong, I will make (wrong) fair-seeming to them on the earth and I will put them all in the wrong – except Thy servants among them, sincere and purified.” God then tells him, ‘Over My servants no authority shalt thou have except such as put themselves in the wrong and follow thee.” His lying and arrogance were still apparent!

The big question
Now that is all very fine, but it doesn’t explain why those who do follow in God’s way still die; still suffer pain and sorrow; are not immune from wars and plagues; do not miraculously rise above something that is about to crush them. They are not immune from viruses. Why?

It is the fact that the whole of mankind is subject to the evils that have been perpetuated until such time as the Shaitan is once and for all overcome. On that Day of Resurrection and Judgement.

Could God have just done away with this evil entity? Yes, I guess he could well have done that, but I am inclined to think deeply about something my Theology Professor once said in class: “If God had destroyed Satan and his evil companions, the testing, the misery and destruction would never have been understood by the angels and the universe.”

Is this thought only in the Qur’an?
There are references in both Christianity and Judaism which note the importance of the Day of Judgement and the reinstating of the worship of God upon the earth.

In Christianity one may well quote the Lord’s Prayer in which it says, “Thy Kingdom come, Thy Will be done on earth as it is in Heaven.” Matthew 6:19. It is obvious that this refers to a future time. God’s Kingdom was not manifest upon the earth during the time of Jesus (a).

One of the most beautiful references to this thought in Judaism is by Rabbi Elie Kaufner in his essay adapted from the book, “Kaddish”. Kaddish is the mourner’s prayer. In this prayer it is said: “Magnified and Sanctified be His Great Name.”

Further on “Let God’s Kingdom Rule.” You will note the similarity to the Lord’s Prayer, “Thy Kingdom come”. It begs God to speed “that day” when He is, in fact, Great and Holy upon the Earth. That day when all the nations recognize God as Supreme.

As we look around at the misery upon the Earth, we can only say “Ameen.” 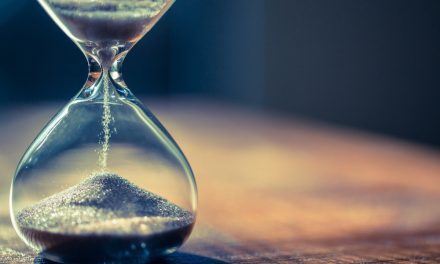 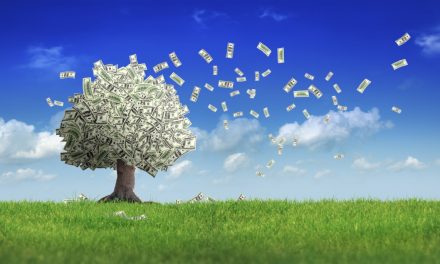 Does money grows from the trees in a foreign land? 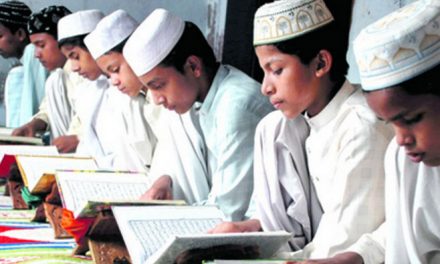