I had planned to visit India in late December 2019, but had to cancel the visit as situation in India worsened following the passage of Citizenship Amendment Act (CAA) and proposed National Register of Citizenship (NRC) bill in the parliament.

The police had entered the Jamia Millia Islamia university campus on 15 December beating up students in the university library, following violent incidents outside the campus.

The incident had triggered nationwide protest against the controversial parliamentary act and situation had turned violent in many cities across north India.

I rescheduled the visit and reached Delhi on 26 February 2020. However, the situation had worsened in some parts of Delhi a day earlier as some of the worst rioting took place in the Nation’s capital since independence.

Only in 1984, the riots against Sikhs had claimed several thousand lives.

Delhi riots were triggered due to fiery speeches by Hindu nationalist leaders who could not tolerate a Muslim women led protest against CAA and NRC in Shaheen Bagh, a Muslim locality, not far from Jamia Millia university.

Well over 50 people were killed, a great majority of them Muslims, many more injured and a large number of Muslim owned properties were set on fire. Delhi police were accused of joining the Hindu rioters in committing atrocities against Muslims.

Even after the riots, Muslim youth were rounded up by the police in large number and their fate is still unknown.

Tension prevailed in several areas of Delhi during my stay of over 10 days. Areas surrounding Shaheen Bagh were often gripped with fear as the rumours spread that Muslim localities may be attacked by armed Hindu mobs.

Many Muslim families, including my relatives, left their homes to spend nights with friends and relatives in relatively safer Muslim neighbourhoods.

While my main focus was to hold the events for our Australian charity, Indian Minority Education Society of Australia Inc (IMESA), I took the opportunity to visit Shaheen Bagh protest site.

I was fascinated by the courage, perseverance and strong will of hundreds of women, old and young, many university educated, many mothers with young children and many old and fragile. They were determined to continue to hold 24 hour vigil for nearly three months against CAA and NRC.

NRC Bill will seek documents from every Indian citizen to prove their Indian origin which most Indians will struggle to produce. While followers of all other religions are likely to receive the reprieve under CAA, Muslims would not be given this relief.

Thus millions of Muslims will be rendered Stateless and many fear that such stateless people will be sent to concentration camps.

In Shaheen Bagh, the organisers were pleased to meet me as I had come from Australia and had represented a charity who worked to educate the poor Muslim children in India.

They requested me to address the gathering. It was after 10 pm, yet the camp was abuzz with slogans and excitement. Young men volunteers were equally vocal. These hundreds of women welcomed me with the loud applause as the MC told them that the next speaker was from Australia.

I congratulated the brave women for their exceptional courage and perseverance over such a long period. I said that their protest was fully justified as it was a peaceful protest which was not only their fundamental right under Indian constitution but they were also following the great tradition of Ahimsa, the non-violent protest, adopted by the father of the nation Mahatma Gandhi during the liberation movement against British.

I said that they were not alone and protests were held in solidarity with them overseas as well, in Australia, UK, Canada, US and many more countries.

I also told the audience that we, at IMESA had written to the Australian Prime Minister about the difficulties, IMESA supported children may face in India. These children come from the poorest background and their parents are unlikely to pass the criteria set by the proposed NRC bill and they would thus be rendered stateless.

While IMESA is empowering them with education, the current Indian government will withdraw their basic right to access higher education and jobs, if the proposed bill is passed.

I further said that it is obligatory on any government in power to listen to the grievances of the people. “BJP government should therefore send a delegation to meet you and listen to your representatives as your aim is to resolve issues through negotiation,” I concluded. Additional projects will soon commence in Baroda and other cities and towns as the charity gathers more resources. 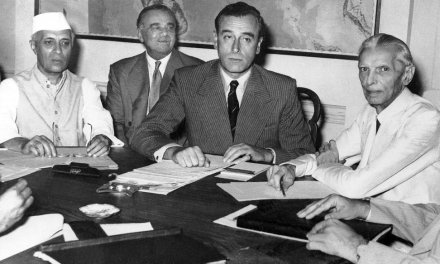