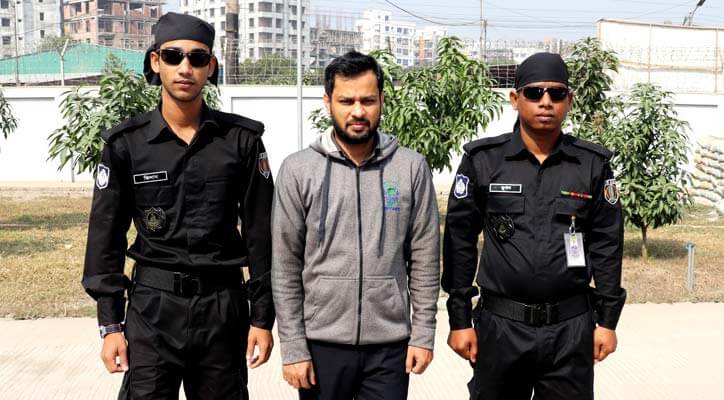 February is the month when Bangladesh commemorates the martyrs of the Language Movement. In 1952, a group of protesters took the streets of Dhaka with the demand of making Bengali one of the state languages and several people died when police opened fire. In 2002, the United Nation recognized this day as the International Mother Language Day.

The largest book fair of Bangladesh took place in the month of February this year. This month-long book fair was the prime time of publishing books in the country. For Bangladeshi people, this is the season to celebrate the value of language and literature.

How unfortunate is that in this month in 2020, Bangladeshi special police arrested Noor Mohammad, a publisher who mostly publishes books on religious, historical and political subjects. On Monday 10 February 2020 at 4:20 pm local time, a group of plain-clothed people grabbed him from his office.

This is the conventional method of carrying out arrest and enforced disappearance by the Special Branch in Bangladesh. However, more than 24 hours later, the police showed him as arrested under the draconian Digital Security Act, which is widely used to suppress public opinion in Bangladesh.

Noor Mohammad’s lawyer later told the media that he was charged in a police case filed in 2018 for building fake news website. The irony is that in December 2018, Facebook and Twitter authorities banned several Bangladeshi accounts for “engaging in coordinated inauthentic behavior” and removed several Facebook pages pretending to be various media outlets which were “linked to individuals associated with the Bangladesh government”, according to a Reuters report at that time.

There are speculations about the actual reasons of Noor Mohammad’s arrest. His publication house, Guardian Publications, despite being only 4 years old, has recently published some Islamic books that gained unprecedented popularity in the country. Some assume that the current ultra-secularist and extremely nationalist government didn’t take this matter lightly.

Some others assume that the reason could be publishing another book by an exiled writer about the 1971 Liberation War where the author discussed and busted various nationalist myths of that war.

This publisher’s arrest took place shortly after an editor of a national daily newspaper was arrested on 13 December 2019. Abul Asad, a 74-year old journalist and the Editor of the Daily Sangram, was harassed on the street and later arrested under the same act. He is still in prison with a recently denied bail application.

Robert F Kennedy Human Rights, an American nonprofit, rightly expressed its concern in a statement published on 12 February 2020 by stating “Noor Mohammad appears to have been charged under the Digital Security Act, a law which has been widely criticised by journalists, human rights advocates, and others for criminalising the legitimate exercise of freedom of expression.

Under the Act, police can arrest people without a warrant, and a person may be imprisoned from 3 to 7 years and fined for vague ‘crimes’ such as publishing information that ‘tarnishes the image of the nation.”