The visit to Kaaba in Makkah known as Umrah or lesser pilgrimage for foreigners has been suspended due to the fear of the spread of coronavirus amongst pilgrims, now reportedly infecting almost 100,000 people globally.

Muslims from all over the world flock to Makkah including a visit to Madinah throughout the year for performing Umrah and specially for the annual pilgrimage known as Hajj that will take place at the end of July this year.

Travel to the Prophet Mohammad’s (s) Mosque in Madinah and other congregating sites may also become part of this ban by the Saudi authorities.

A Saudi statement associated with the ban said,”Saudi Arabia renews its support for all international measures to limit the spread of this virus and urges its citizens to exercise caution before travelling to countries experiencing coronavirus outbreaks.”

Iran in the Middle East is known to be worst country affected by the virus infection and people travelling from their into other countries seem to have been infected.

Iranian city of Qom, another place of pilgrimage to Shia Muslims where people congregate in high numbers is considered another venue for the spread of the infection.

A significantly large number of Iranians who have returned after recent visits to China have contracted the virus while some politicians and government officials are known to be infected.

Iranian officials have so far reported that unto 150 people may be infected with more than 20 deaths in the country so far.

A number countries have banned flights to and from Iran including UAE, Kuwait, Pakistan and Russia with many more joining in the act.

The bans on the movement of people for Umrah is going to cause a lot of disruption for people throughout the world for their travel plans. Many pilgrims use their lifetime savings to plan for their holy journey to Makkah and Madinah.

The World Health Organization (WHO) has declared a global health emergency over a new coronavirus, which causes an illness officially known as COVID-19.

On31 December 2019 China alerted WHO to several cases of unusual pneumonia in Wuhan, a port city of 11 million people in the central Hubei province. The virus was unknown.

Several of those infected worked at the city’s Huanan Seafood Wholesale Market, which was shut down on 1 January 2020.

On 7 January, Chinese officials announced that they had identified a new virus named 2019-nCoV  belonging to the coronavirus family, which includes SARS and the common cold.

Coronaviruses are common and spread through being in proximity to an infected person and inhaling droplets generated when they cough or sneeze, or touching a surface where these droplets land and then touching one’s face or nose.

Increasingly many authorities in the United States, Australia, Nepal, France, Malaysia, Singapore, South Korea, Vietnam, Taiwan, Italy, France and many other countries have been reporting of infection cases and deaths as a result of viral infection for this strain of the virus. 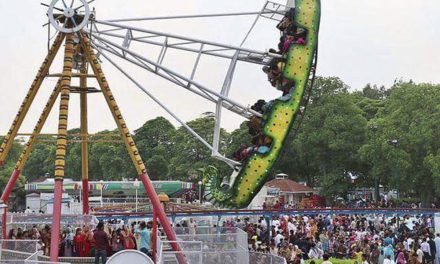