A team of Emirati volunteers from the UAE have travelled to Australia to help in bushfire devastated regions of NSW. Identified on social media as #mateshelpmates, the group have been working with Australian emergency services, surveying damage, supporting in relief centres and working with operation teams in affected areas.

The volunteer team lead by Dr Hazza Mohammed Aldaheri, includes Emirati Astronaut Sultan AlNeyadi and a group of Emirati professionals, all international alumni from Australian universities. In a statement, they expressed their solidarity with Australia, the country where they once lived and studied for many years. The UAE initiative #Mateshelpmates has received widespread endorsements globally and from Emiratis and Australian expats living in the UAE. Prime Minister Scott Morrison also expressed his appreciation to the UAE in a Tweet, “Thank you UAE for your condolences and offers of support”.

Early this week, Dr Hazza Mohammed Aldaheri contacted Australia Arab Chamber of Commerce and Industry (AACCI) NSW Chairman Mr Mohamed Hage to seek support and direction in overseeing the initiative on the ground in Australia. The team of volunteers were quickly deployed from the UAE to NSW and have been working with Mohamed Hage and AusRelief to coordinate the efforts.

“Whilst this is devastating for all of us in Australia, it is also a global issue and what we have seen from the UAE is an immediate response in our vulnerable time of need”

“As a Chamber of Commerce, we play a vital role in supporting this critically important and very generous initiative which illustrates the strong relationship between Australia and the UAE,” Mr Hage said.

When the Emirati #mateshelpmates volunteers arrived, they were directed to the Hawkesbury Fire Control Centre where they were briefed on the magnitude of the fires across NSW, a landmass spanning over half the size of the UAE, approximately 5 million hectares. The volunteers then visited the small NSW town of Bilpin known for its apple orchids, heavily affected by the fires which have now been burning for the last 75 days.

When asked what was the driving force in leading the initiative to help Australia, Dr Hazza Mohammed Aldaheri who himself is an international alumni from Bond University and Griffith University, proudly stated, “we have been very eager to help the country that nurtured our education and for us, it’s about mates helping mates”. The 2019-20 bush fires so far have destroyed over 8.4 million hectares including whole towns, farms, homes and lives. According to the World Wide Fund for Nature (WWF) 1.25 billion animals have perished and in Victoria alone, early indicators suggest 13,000 head of beef cattle and sheep have been killed or euthanasied and dairy cattle in some areas have been struggling to produce milk.

The delegation travelled to Canberra before returning to the UAE where they intend to discuss the scale and scope of support needed and how Emiratis can continue to help their Aussie mates through this bushfire crisis. 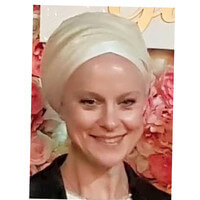 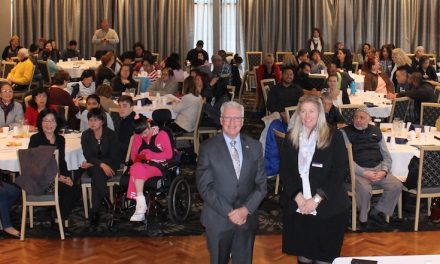