So the Chinese ambassador to Canberra suggests Australia needs to acquire a greater understanding of China. Excuse me? Just this November, Beijing refused visas to Liberal MPs Andrew Hastie and James Paterson, who were set to embark on a study tour.

Both had openly criticised China’s human rights record and its alleged efforts to gain leverage in Australian universities, business circles and the media.

Following the Hastie affair, Australian Foreign Minister Marise Payne took aim at China’s incarceration of Muslim Uighurs who make up 45% of population in the north-west province of Xinjiang. She also voiced concern at the detention of Chinese-Australian Dr Yang Hengjun, accused of spying, on a visit to China, her comment provoking an hysterical reaction from Beijing who refusing to use her name referred to the minister as “she”.

China is arrogance personified. Any criticism of its system provokes an apoplectic response well known on the world stage; don’t upset the Chinese, “they are our most important trade partner” is a common mantra in developed countries.

Happily more are speaking out. In October, 22 members of the UN condemned China’s mass =detention and surveillance of ¬Uighurs.

That more than a million Uighur are held in what authorities call “re-education camps”— in reality detention centres —calls for bold steps against this authoritarian nation.

Both men and women, whether or not with links to the Uighur separatist movement continue to be spirited away with young children allegedly separated from their parents and sent to “boarding schools.”

Torture is common in the camps. Inmates may not converse in their native Uighur, a language with Turkic roots; instead they must learn Mandarin. Former detainees speak of being forced to eat pork.

At a meeting with Chinese leader Xi Jinping in February 2019, the defacto ruler of Saudi Arabia, Crown Prince Muhammad bin Salman is reported to have declared “the Uighurs are terrorists” — supporting China’s right to pursue anti-extremism measures.

This is pretty ripe when you consider the al-Saud dynasty purports to be a defender of the Muslim faith and is custodian of Islam’s holy shrines in Mecca and Medina.

According to the Chinese news agency Xinhua, Xi told the Crown Prince the two countries must strengthen international co-operation to defeat the “spread of extremist thinking.”

No doubt this was well received by the proxy Arab king who, like Xi Jinping, cannot tolerate criticism. (He recently obliged Netflix to cancel a show that mocked him).

Both men are guilty of human rights abuses, in bin Salman’s case extending to his implication in the murder of journalist Jamal Khashoggi.

Hundreds of Saudi dissidents such as the young blogger Raif Badawi, accused of “insulting Islam through electronic channels,” languish in the kingdom’s prisons.

Loujain al-Hathloul who campaigned for the right of women to drive has been kept in solitary confinement since her arrest in 2018. Like other Saudis who have questioned the austere Wahhibi rulers, she has been subject to flogging, say human rights groups.

Clearly Mohammed bin Salman and Xi Jinping have much in common.

But as defender of the Muslim faith, one wonders what the Saudi royal makes of an announcement, reported in the Daily Mail on 24 December, of the intention of the Committee for Ethnic and Religious Affairs, to rewrite sections of the Qur’an considered contrary to the socialist values of the Communist Party of China – ie loyalty to the leader and state.

The Bible was included in the declaration, but for Muslims, the Qur’an is inviolate. 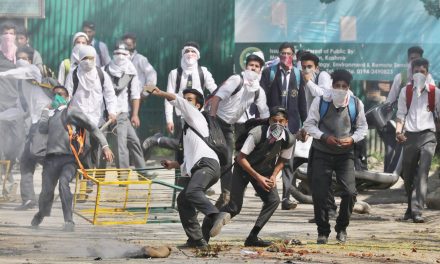