Al Amanah College held its 2019 Annual Business Dinner on Friday 22 November in the school’s Grand Hall.  Staff members and prominent guests gathered to celebrate the accomplishments of our school throughout the academic year 2019.

The evening’s formal events began with a beautiful Qur’an recitation by Sara Kahil – 2017 Year 12 graduate, followed by a magnificent performance by the School choir of the school and national anthems.

The School’s Head Principal Mr Mohamad El Dana, delivered the welcome speech highlighting the main achievements of the School in 2019, followed by the Chairman of Darulfatwa Islamic High Council of Australia Dr Salim Alwan Al-Hussainiyy focussing on the importance of acquiring Islamic knowledge and remaining steadfast on the path of Prophet Muhammad (s).

The ICPA President, Mr Mohammed Mehio thanked the community for their support in making Al Amanah a great success

Sheikh Ghanim Jalloul mentioned several verses from the Holy Qur’an which are related to the perfect knowledge and wisdom of Allah.

The school’s achievements for the year were highlighted in the video of students and teachers which embodied the school’s culture and values in many different ways.

Mr Mahmoud Ismail, one of the 2014 graduates moved the audience by focussing on the moderate teachings of the school and how the teachers had a positive effect on his life and his journey.

The evening continued with the Award Ceremony during which awards were presented to the following staff members:

Bilal El-Omari (Year 11 Student) In recognition of his outstanding achievement with the Young Scientist Committee. His project titled: “A Solar Power Steam Generator that purifies dirty water and generates electricity”. He has been selected as a prize-winner in the 2019 STANSW Young Scientist Awards.

In conclusion to an eventful evening, a buffet dinner was enjoyed by all staff members and guests marking the end of a challenging and successful year at Al Amanah College. 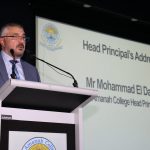 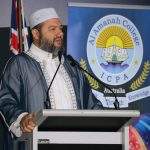 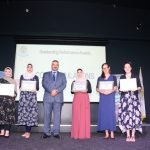 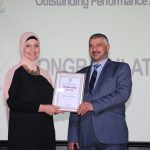 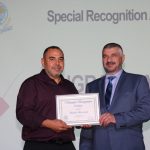 Why we fail to reflect on Quran and Sunnah