A high powered day-long conference was held on Thursday 21 November at the Novotel Hotel in Parramatta, Western Sydney highlighting the urgency to take proactive action against Far-Right Extremism and Islamophobia in Australia. The conference titled “Collaborative Approaches to Counter the Extremist Right-Wing and Islamophobia Threats” brought together  academics, researchers, community leaders and victims including a survivor of Christchurch attack with presentations and panel discussions to find solution and commitment for action.

The conference on the sidelines also included the Sydney launch of the Islamophobia in Australia Report II by the Race Discrimination Commissioner, Mr Chin Tan and a talk on “Social Impact and Responsibility” by Fr Chris Riley, Founding Director of Youth Off The Streets. 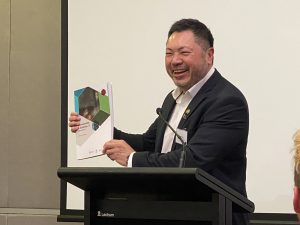 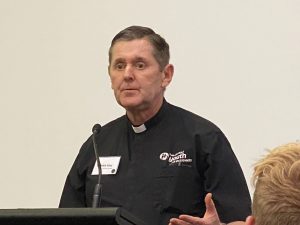 Extremist right-wing is a collective term that encompasses ‘both (democratic) radicals and (anti-democratic) extremists’, who advocate for and will enact violence to enforce notions of ‘social inequality, authoritarianism, and nativism’.

Islamophobia is generally considered to be “anti-Muslim racism targeting expressions of Muslimness or perceived Muslimness.”

The formal program of the conference started with the Welcome to Country by Graham Davis King followed by address by A/Prof Mehmet Ozalp, Director Centre for Islamic Studies and Civilisation, Charles Sturt University   introducing the theme of the conference and expected outcomes through solution-oriented discussions.

Prof Abbas presented presented an overview of the numerous challenges faced by the growing threat of Islamophobia and far right extremism, two matters that have become discernible problems in the post-9/11 period.

“First, that Islamophobia is both a driver of radicalisation and a product of it, an issue that affects both radical Islamists and extremist right-wing groups and found in social structure and the specifics of marginalisation, alienation, exclusion and disenfranchisement,” He said.

Prof Abbas further added, “Undeniably, racism and racialisation characterise the nature of right-wing extremism and a whole society approach is vital to the success of any initiative in countering this where the problems of extremism cannot be viewed in isolation – they are part of a wider social problem of political, social and economic polarisation and division.”

Dr Lise Waldek and Dr Debra Smith from Macquarie University and Victoria University respectively talked about the “The landscape of right-wing extremism in Australia”.

Her presentation focussed on the latest findings from the Islamophobia in Australia-II report, which analyses verified Islamophobic incidents directed at Muslims in physical and cyber world.

In addition to underscoring the pressuring issues for the Australian society, Dr Derya talked about the intersections between extremist right-wing and Islamophobia sentiments and how they feed one another and dominate the current hate-rhetoric in Australia.

The conference included a panel discussion on “The impact of violent extremism, the extremist right-wing and Islamophobia on society and communities” moderated by Tamana Daqiq, lawyer and community leader and researcher with the University of Sydney with the panelists including 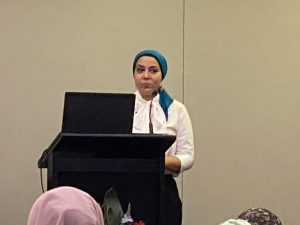 Mr Serdar Durdyev talked about his dream before the Christchurch attack and in graphic details together with photos gave a personal moving account of the horrible incident on Friday 15 March. 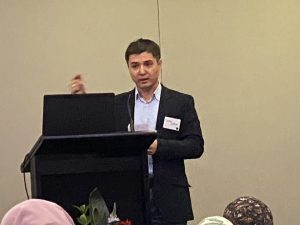 The afternoon sessions were devoted to short rapid-fire presentations on latest research related to right-wing extremism led by Pacha Kucha and workshops on outcomes and potential solutions to the problems and commitment for action facilitated by Anthony Bubola, COO Judith Neilson Institute for Journalism and Ideas.

A/Prof Mehmet Ozalp finally did a conclusion thanking the participants as well as the team members for organising a timely and highly successful conference. Help for seniors with strata living