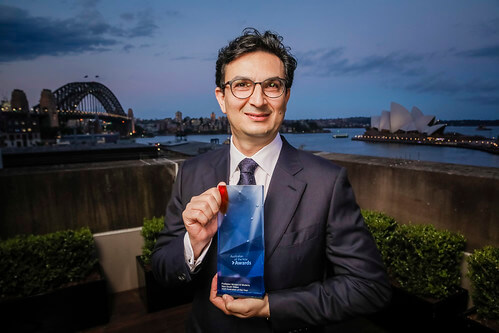 Arriving on a leaking boat and having been detained at Christmas Island, and now a pioneering orthopedic surgeon and human rights advocate, Professor Munjed Al Muderis has been announced as The 2020 NSW Australian of the Year by Premier Gladys Berejiklian.

The 2020 NSW Australians of the Year were announced at a ceremony at the Museum of Contemporary Art in Sydney on Tuesday 5 November 2019. “Each year our nation comes together to celebrate the achievements and contributions of Australia’s amazing citizens through the Australian of the Year Awards,” Ms Berejiklian said.

“This year is the sixtieth anniversary of the awards, providing us with a special opportunity to recognise those who make a real and lasting difference in NSW. Every year I’m inspired by the stories of the recipients, and this year is no exception,” she said.

The other three recipients included: NSW Young Australian of the Year, Corey Tutt, an Indigenous mentor and fundraiser. NSW’s four recipients will join those from other states and territories for the national awards ceremony at the National Arboretum in Canberra on Saturday 25 January 2020.

Professor Munjed Al Muderis, is a leading innovative orthopaedic surgeon and author, who fled Iraq as he refused Saddam’s regime orders to surgically remove the ears of soldiers who deserted.

His long journey to success includes being a fugitive from Iraq, as a refugee and while spending a long time in Christmas Island’s Curtin Detention Centre and several Western Australian jails, then entering Australia and struggling through the elite medical profession eventually to become an orthopaedic surgeon with great contribution in advance research and clinical practice in Australia.

Professor Al Muderis has described his encounters with discrimination and racist attitudes as well as compassion and example of humanity during his journey and warned against hate on the basis of religious and cultural differences that could slide Australia away from the successful multicultural society it is today.

Professor Al Muderis is known for his world-renowned surgical innovations and humanitarian work, funding his team to travel to Iraq to treat victims of conflict and educating other surgeons in complex limb reconstruction techniques.

A compassionate ambassador for multiple organisations, including the Red Cross, Professor Al Muderis is a powerful advocate for humanitarian work supporting people seeking asylum and refugees.

Funded out of his own pocket, Professor Al Muderis has taken a team to his former homeland of Iraq seven times, to help the victims of the conflict he fled and has educated other orthopaedic surgeons in the osseointegration technique and in complex limb reconstruction.

His surgical innovations and breakthroughs are helping Australians and people throughout the world. 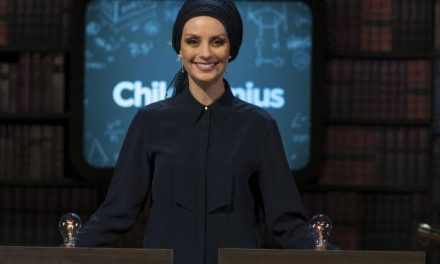