Dangerous weather is sweeping across the country as the fire season is well and truly amongst us, earlier than expected.

Right across the country, six states in Australia are facing fire weather warnings as hot and windy conditions scorch Australia.

In Queensland, authorities have partially lifted the imposed State of Fire Emergency as blazes ease. Whilst report of smoke inhalation in Southport on the Gold Coast was listed as worse than in Mumbai, India. PHOTO: A koala gratefully receiving a drink of water after experiencing a bushfire disaster. Source: Reuters.

Whereas, in Victoria, the first code red fire danger day was declared on the 21 November 2019 for the first time since 2010. Similarly, in South Australia, more than a dozen temperature records have been broken across the state. While, major cities like Sydney and Adelaide were blanketed under a thick smokey haze, with experts urging children, the elderly and people with health concerns to be extra vigilant.

In a statement released by the Australian National Imams Council (ANIC), the Australian Muslim community was encouraged to aid the country to combat, what authorities’ fear is one of Australia’s worst bushfire season to date.

“(The ANIC)… urge(s) mosques and Islamic Centres to hold the Islamic ritual prayer (Al-Istisqaa) ‘seeking rain’ from Allah to ease the situation of those who are suffering,” read the statement.

The esteemed supplication ensures the protection of water sources and requests for water to be plentiful for the provision of crops, animals and humanity.

Moreover, the council advised the Australian Muslim community of the religious significance to give in charity and to support locals in emergency relief efforts.

Bushfires are a natural part of the Australian environment however these ferocity levels have not been seen in years. Consequently, reigniting the debate about the link between climate change and its effects on the severity and frequency of bushfires. Sadly, every year many Australians fail to prepare for these perils. Image: When fire seasons are generally anticipated in different parts of Australia. Source: Bureau of Meteorology

Crucial to fire preparation is establishing a plan. It is also about making sure that family members, especially children are made aware of the risks involved.

A bushfire can be a terrifying ordeal to deal with. Therefore, being prepared is imperative.

There are numerous considerations to evaluate:

For more information, CFA has a wealth of resources to help you understand fire risk and know what to do before and during a fire. Check out: https://www.cfa.vic.gov.au/plan-prepare/before-and-during-a-fire

Stay informed on hot, dry and windy days by monitoring conditions outside and tuning into a local emergency broadcaster. Be sure to check emergency.vic.gov.au regularly and download the VicEmergency app. 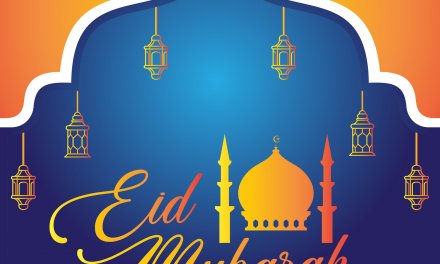