While planning our trip to Durban, I had a contact there who was going to guide me and take me around to meet people and visit places of importance. I have been seeking his advice on a regular basis.

Since I love travelling by train and have done so in many countries, I opted to buy our train tickets from Johannesburg to Durban in a coupe of two people to South Africa. It was a little difficult but doable.

When I told my Durban contact that I had purchased the train tickets, he became very upset. “Brother only black people catch trains here, even we locals don’t travel by train, it is very dangerous, return the tickets and book a flight instead,” he advised.

I listen to everybody but make my own decisions. I politely told him that I like travelling by train and wouldn’t mind taking the risk and travel by train. I think he got offended and stopped replying to my emails and never heard from him again.

However, I did get worried a little and some anxiety did take me over regarding safety during travel by train in South Africa.

The train station was in downtown Johannesburg.  Apparently, people avoid going to downtown areas as we have been told that lots of criminal activity takes place there and its not safe.

When we arrived downtown, it indeed was a mess.  Nothing like Sydney.  There was a lot of rubbish everywhere and it was not a pleasant scene.

Our Johannesburg hosts, Davud and Salma were very kind to drive us to the train station and accompanied us into the station to obtain the hard copy of our online booked tickets.

It was not only blacks who travelled by train we saw whites, even single ladies and people of mixed race finding it safe to travel contrary to the advice we received from my local friend earlier.

Our train was Shosholoza Meyl. The train was very clean with lots of sleepers and a dining car. It had a clean vacuum toilet, shower and a room to change. The shower was adjacent to our sleeper.

At night the attendant came and made our bed at a cost 150 rand for two beds. Apparently, you have to hire the beddings.

The sleeper was airconditioned with lights and switchboards. It was a small room but very clean. It had a sink as well. When you put the board down on top of the sink it becomes a table.

We slept really well. At night it was not cold, so we closed the shutter. Got up at 5 am looked out of the window. It was beautiful scenery with the sun coming up the horizon. We really enjoyed different types of scenery as the train was moving fast.

In the morning we had a hot cup of coffees and two egg toasted sandwiches. The egg sandwich was very tasty, and the coffee was very hot. Loved the breakfast.

Before reaching Durban, we passed the point where Mahatma Gandhi was thrown out of the train by white passengers, although he had a ticket for travel.  He had stopped in South Africa on his way back from the UK earning his barrister qualifications and was helping the Muslim community for their legal rights.

Possibly this led Gandhiji to work against racism and discrimination in South Africa, well before he joined the freedom struggle in India.

About 50 km from Durban, we were told that a local passenger train in front of us had broken down. Our hosts in Durban, Mohamed Kadir and Hawa Kadir were kind enough to drive out and pick us up and drop us to the beachfront Blue Water hotel.

It was the time of Shabbe Barraat celebration where the local community that evening with an elaborate program.

Our hosts picked us up in the evening and took Sofee Sahab Masjid and Mazar, a big complex which could attend a few thousand people. Many people fast that day and therefore arrangements for Iftar and dinner were made for almost three thousand people men, women and children.

It was a festive atmosphere that reminded us of our Sydney MEFF Eid festivals with a stall of food etc but with a religious pious atmosphere.

There were no speeches but an hour-long zikr session that we joined after Maghreb prayer followed by Isha and dinner, free for all. We noticed a stall selling chicken and beef kebabs and packed some to consume at the hotel.

There was a paan stall whose owner, a Pakistani from Karachi was very keen for us to taste meetha paan and we obliged him.

Next morning our host came to pick us up at in the morning to visit the sister of our long-time friend in Sydney who is originally from South Africa Dr Mahmood Khan.

His sister and brother in law live in Dr Khan’s house in Durban, a huge complex rented to 7 tenants, and one section occupied by his sister and brother-in-law, who proudly told me that he still insists on paying the rent to Dr Khan for living there. This was very impressive and indeed a lesson to many brothers-in-law.

His sister had a small garden and she was growing chillies, paan, various succulents, tomato, sem, pawpaw. We had a short but sweet time with her. She gave me paan, Katha and choona for me to eat on the way.

Dr Khan’s brother in law came with us to take us to Dr khan’s mum’s grave. Zia and his brother in law read Fatiha. The grave was in the cemetery within the premises Sofee bhaijaan’s mosque.

The mosque, surrounding premises, including function halls, the mazar were very clean and well maintained. The cemetery was beautifully gree with well-maintained plants.

We visited a number of mosques in Durban as well as sighted the office of Ahmad Deedat in the city and did some shopping before catching a flight to Durban in the evening.

Durban is a beautiful coastal city with good climate, neat, clean and well maintained. Our hosts Mohamed Kadir and Hawa Kadir were fabulous spending their time with us for two days and we really had a good time.

Back to Sydney via Johannesburg and Abu Dhabi. 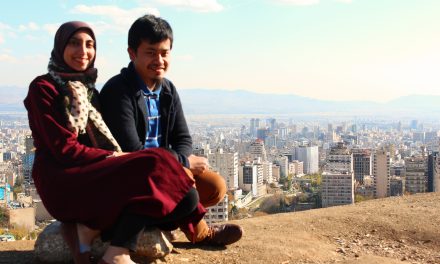 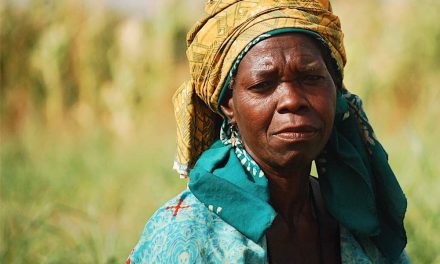