A forum on Peace in South Asia highlighting the lockdown of 8 million Kashmiris was held on Thursday 24 October at the NSW Parliament addressed by a number of parliamentarians, community leaders and Kashmiri activists demanding action against the Modi government.

The event held in the Jubilee Room and sponsored by the Kashmir Council of Australia  attracted a house full of community leaders, activists, parliamentarians, diplomats as well as Australians of indigenous Kashmiri background.

Dr Sarfaraz and Mian Mumtaz together with presentations highlighted the human rights abuse and atrocities being committed by the Indian Military especially during the last three months in the Kashmir valley since 5 August when the Modi government changed the status of the Jammu & Kashmir state.

While supporting the Kashmiri people, a number of speakers condemned the actions of the Modi Hindu nationalist government against Kashmiris and their treatment of minorities in India.

Mr Jihad Dib MP and Mr Shaoquett Moselmane MLC during their address pledged their support to the plight of Kashmiris. Former Senator Lee Rhiannon described the ideological roots of the Modi government with the fascist organisation RSS.

Keysar Trad, a former President of AFIC condemned the Arab governments who have presented awards to Narendra Modi, current Indian Prime Minister even after his illegal moves against Kashmir.

The Pakistan High Commissioner in Australia, Mr Babar Amin spoke on the issue of Kashmir and highlighted government support for Kashmiris in their quest for self determination.

The following statement was issued at the forum by the attendees:

The Jammu & Kashmir dispute is a nuclear flashpoint in South Asia. If a nuclear war starts, no living being will remain unimpacted. We, therefore, discharge our moral obligations to pursue support for continuity of life on the planet by adopting the following resolutions:

I. India must immediately lift the curfew; end the communications and internet blackout; release all detained children, protestors, and elected Kashmiri political leaders; reduce Indian security forces in the region; and, immediately reinstate the protected status for Jammu & Kashmir.

II. The Australian government and the international community must blacklist from trade any Indian logistics and technology companies that have actively supplied or furthered India’s military takeover of Kashmir or construction companies aiding the Indian government’s building of concentration camps for Muslims stripped of Indian citizenship.

III. The Australian government must immediately adopt visa restrictions on any Indian government official, military leader, or political party leader who has ordered or overseen: India’s military takeover of Kashmir; stripping of Indian Muslim nationals of their rightful Indian citizenship; construction of concentration camps for Muslims stripped of Indian citizenship.

V. India must stop all violations of human rights and war crimes in Jammu & Kashmir.

VII. Both India and Pakistan should resume dialogue to arrange a free and fair plebiscite allowing Kashmiris to decide their destiny as promised by the UN in 1948.

VIII. India must withdraw all its occupation troops from Kashmir by no later than 30 June 2020. If necessary, such troops can be replaced by a reasonable deployment of UN peace keeping forces along the Indian Kashmir border. 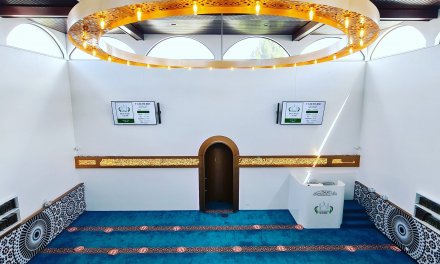 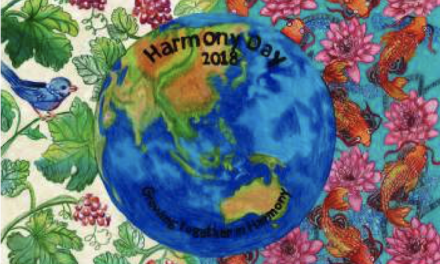