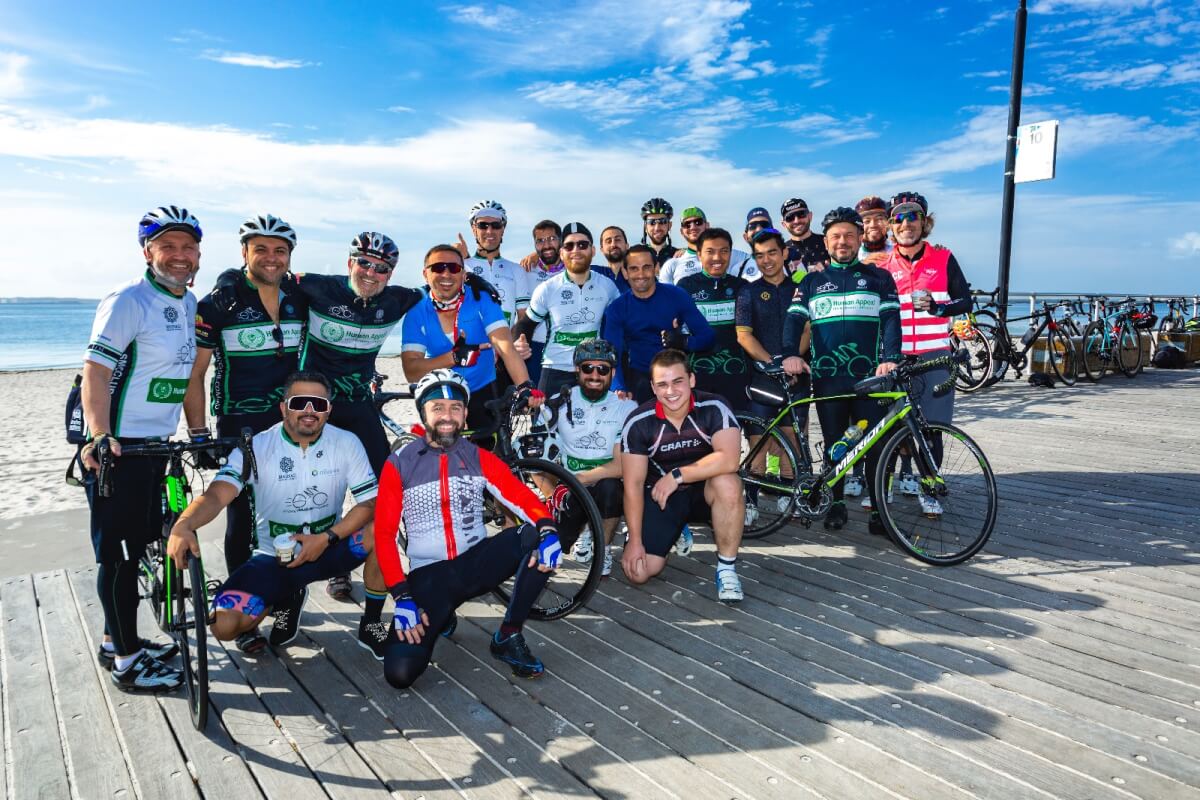 Human Appeal Australia together with Sydney Muslim Cyclists held a community event including a charity ride followed by a free sausage sizzle at Bankstown-Lidcombe Hospital on Sunday 29 September in order to raise funds for the Birthing unit at the hospital. The charity ride starting at 6 am from the Hospital with around 80 cyclists was joined by Mr Jihad Dib MP and Councillor Bilal El-Hayek, Deputy Mayor of the City of Canterbury Bankstown. The Birth and Babies Appeal was launched earlier this month to provide Bankstown-Lidcombe Hospital with a much- needed Ultrasound and Telemetry Machine which will be used in the Birthing Unit to enhance the services provided at the institution.

“It is such an important initiative to support the Birthing Unit at Bankstown-Lidcombe Hospital, I’m happy to be part of it,” Mr Jihad Dib said.

“I jumped at the chance to be involved because all the money raised will go to the birthing unit at the Bankstown-Lidcombe Hospital,” Councillor Bilal El-Hayek said.

The new Deputy Mayor of Canterbury-Bankstown had a special reason for signing up for the challenge. “Eight years ago, my wife and I lost a child that was born at the hospital. While the staff were great, it was obvious that they were working in tiring conditions, using ageing facilities which were not up to date. That’s why it’s so important, that the NSW Government delivers on its promise to build a new $1.3 billion hospital in Bankstown. In the meantime, the money raised in our charity ride will be used to purchase ultrasound equipment and a telemetry machine for the birthing unit. I encourage residents to support our ride and give generously,” Mr El-Hayek explained. The funds raised will help the Birthing Unit to provide better services to the wider community. This will not only affect expectant mothers and their babies, but future generations to come. The campaign will conclude with a much anticipated Family Fun Day that will gather the local community on the Saturday 19 October at the Australian National Sports Club in Parry Park in support of the hospital.

Human Appeal Australia wishes to thank all involved and reaching out to our community to donate generously to help reach the goal of $75,000 to support the hospital.

Donations can be made at https://www.humanappeal.org.au/campaign/birth-and-babies-appeal-bankstown-lidcombe-hospital/