The Governor of NSW, Mrs Margaret Beazley paid a visit on Friday 16 August 2019 to the Australian Islamic Mission’s Mosque in Punchbowl, Sydney considered an ‘architectural masterpiece’ with its unique design featuring 102 mini-domes and Muqarnas ceilings, first of its kind in Australia.

The Executive Committee of the Australian Islamic Mission (AIM) hosted Her Excellency The Governor of NSW, Mrs Margaret Beazley AO QC, and her partner Mr Dennis Wilson on the tour of the newly constructed Mosque at Matthews Street, Punchbowl, NSW. The tour was headed by the AIM President, Mr Bashar Al-Jamal and Mr Angelo Candalepas, the architect behind the project. Among the guests and friends of AIM who were present were Hon Mr Tony Burke MP, Hon Mr Jihad Dib MP, Mayor Khal Asfour, Clrs Khodr Saleh and Nada Saleh and Clr Bilal El-Hayek, as well as Superintendent Kerrie Lewis from Campsie Police Station.

Upon Her Excellency’s arrival, guests were given an exclusive opportunity to see the new Mosque with its unique Dome and Muqarnas ceilings – the first of its kind in Australia. Punchbowl mosque has been described as an ‘architectural masterpiece’, made from concrete and featuring 102 mini-domes, as well as central dome with a skylight, the mosque has been more than 20 years in the making. After the tour, Mr Bashar Al-Jamal formally welcomed Her Excellency and his guests to Punchbowl Mosque stating how the mosque will help educate our youth to be understanding of others, live in harmony and become pioneers in creating a positive impact on society, in this beautiful home that we call Australia.

This was followed by a few words from Her Excellency, congratulating AIM on such a unique and beautiful mosque, and mentioning that differences in cultures and diversity is normal here in Australia and this is what defines our country. Also, Mr Bashar explained the meanings of a number of Islamic scripts towering the walls of the Mosque and one of them is the verse in the women’s section on the mezzanine level (about Virgin Mary aka “Mariam”) which in meaning is:

O Mary, be devoutly obedient to your Lord and prostrate and bow with those who bow [in prayer].” (Quran 3:43).

It was highlighted to the Governor that the Holy Quran has a whole chapter titled “Mariam.”

During the tour Mr Candalapas, who has written a book called Australian Islamic Mission Co-authored with Adrian Curtin, Maryam Gusheh, and former Vice President of AIM Dr Zachariah Matthews, addressed the Governor and said “this is a project that offers the gifts of the worth of the Islamic Community to this nation.” The Hon Mr Jihad Dib also congratulated AIM and welcomed Her Excellency and Mr Dennis Wilson back home to Punchbowl, since they were previous locals of the area. Mr Dib spoke of the reasons for migrants coming to Australia- to have a better life. “A community like ours in Lakemba, Punchbowl and surrounds we actually celebrate each other, we don’t tolerate each other, we respect one another.” The Hon Mr Tony Burke welcomed Her Excellency and spoke of the diversity in our community and of Islam saying “ When the voices of love are so strong, when their artistry is so beautiful and when prayers are so heartfelt- voices of hatred don’t stand a chance.”

The Master of Ceremony, AIM executive member, Mr Chaaban Omran highlighted how this timeless spiritual institution will hopefully exist for centuries spreading the balanced message of Islam to Australians. In closing, the MC hoped that the attending friends and Her Excellency would return for the Grand Opening to be announced soon.

The afternoon concluded with gourmet buffet lunch and dessert for all the guests present at the occasion. 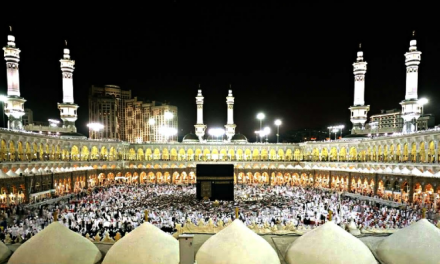