The safety and sanctity of religious spaces have been challenged yet again. Devastatingly, Brisbane’s Holland Park mosque has been vandalised with painful reminders of the Christchurch massacre.

The mosque was littered with graffiti on the exterior walls including a Nazi swastika during the early hours of Wednesday 11 September. The words such as “St Tarrant” was plastered onto the walls referring to the offender Brenton Tarrant who conducted the March terror plot in Christchurch.

This was followed by the phrase “Remove Kebabs” derived from a Serbian anti-Muslim song relating to the massacre of Muslims in Bosnia.

Holland Park mosque President Ali Kadri said that regrettably, though he was distressed by the incident, he was not surprised that it had occurred.

“It is related to the neo-Nazi and white supremacist movements. Whoever has done this is no child, they have been radicalised,” asserted Mr Kadri.

Queensland Police have confirmed they are investigating the incident of mean-spirited hate-speech and “wilful damage” at the mosque.

The vandalism follows the 18th anniversary of the 11 September terrorist attacks in New York.

“Around these kind(s) of (tragic anniversary periods)…there are more (hateful and bigoted) incidents (reported)…Obviously ‘St Tarrant’ is a reference to Brenton Tarrant, the terrorist who killed people in Christchurch,” said Mr Kadri. The mosque was littered with graffiti on the exterior walls. Source: ABC.

The Holland Park Mosque was first established in 1908 by Australian Muslims of Afghan and Indian descent. The iconic religious space, however, embraces and supports a diverse Muslim community.

Mosques around the country are also facing concern for their safety. In Canberra, police are also currently investigating a suspicious fire which occurred in the capital’s largest mosque.

Certainly, more needs to be done in the fight against neo-Nazi and white supremacist ideology. The graffiti artist efforts were aimed at terrorising and creating a wedge within the wider Australian society.

“The hateful and divisive vandalism at the Holland Park mosque this morning was bigoted, disgusting and unacceptable. Labor stands with the Islamic community against such vile conduct,” read the statement.

The statement went further to acknowledge the importance of solidarity and respect for religious diversity.

“The Brisbane southside community is close-knit and caring. The mosque is a part of that community, having been there for more than a century. The support from locals vastly exceeds the ill-intent demonstrated by the coward who committed this act of vandalism.”

In August, Queensland celebrated its Multicultural Queensland Month, cherishing its culturally diverse population.
Sadly, vandalism at places of worship has been reported as a “regular occurrence” according to Mr Kadri, making it increasingly necessary for additional security during prayers.

In spite of these increasing threats to safety, the Queensland community remains vigilant against those eager to divide the Australian community. Indeed, this vile action does not reflect who Queenslanders are.

By contrast, in Christchurch’s High Court, he has pleaded not guilty to 51 charges of murder, 40 for attempted murder charges and one count under the Terrorism Suppression Act for the massacre at two mosques in Christchurch. The decision of his fate is still pending.

“People are afraid for their safety and their children. The mosque is a community centre, people come here with family and children. After Christchurch, the fear is real, this is not just words anymore,” Mr Kadri said. 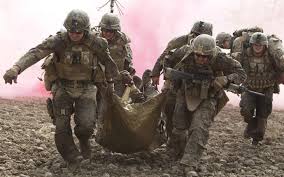