An examination of Ibn Khaldun’s theory of Asabiyyah

Ibn Khaldun is best known for his conceptualisation of ‘Asabiyyah which generally translates to “group-feeling/solidarity” and is the fundamental building block which gives support and strength to the successful origins and development of a new empire, city-state, or polity.

Abd ar-Raḥmān ibn Muḥammad ibn Khaldūn was a 14th century Tunisian historian who travelled far and wide and came in contact with a range of peoples from various countries and regions and this helped him develop his theory and model of human social organisation.

He was also a keen student of Islamic studies and his Islamic scholarship, therefore, had a strong bearing on his view of history’s divine organisation by Allah.

To learn about Ibn Khaldun’s theory of Asabiyyah let’s start by talking about war.

War is an activity that requires those involved in it to engage in an epic battle, stand ordered in line against an enemy force as dreadful or worse as themselves, fight with one’s heart and soul, and make a tremendous sacrifice.

So much so that even if one has to make the ultimate sacrifice, that is, to lose his or her life in the process then so be, it. Sacrifice in war not only denotes momentarily leaving one’s kith and kin behind, being away from home for a period, removed from the comforts of life provisionally, and be detached from the usual rhythms of living briefly, but perishing forever sometimes even without a trace.

How does then a commander in chief of an army motivate his or her soldiers to follow and enforce orders despite the soldiers knowing fully well the sheer brutality of the killing fields of war and the real possibility of never leaving the fields of battle alive?

In ancient Egypt warfare, for example, winning a war increased the welfare of the victors and their people and fighters were rewarded handsomely for their valour with medals, promotions, the war booties, and given grants of land and slaves and chattels and those who refused to fight had their possessions seized, their homes destroyed, and were normally either enslaved or killed (Spalinger, 2005).

The pharaoh and the military class of ancient Egypt operated under the assumption that rewards for valour and severe penalties for weakness or rebelliousness would be sufficient to command the commitment of the soldiers.

This perhaps was the case as they tried to bring into line the personal desires of the populace with the will of the state and despatched the conscripts and slaves into the battle fields without having to express concerns over soldiers’ loyalty and commitment to the cause (Shaw, 2000).

As the success of Pharaoh Tuthmosis III armies, at the Battle of Megiddo in 1479 CE, reveals, the approach used worked. However, here is a scenario where the approach worked because the battle was easy and victory was almost guaranteed.

This, be as it may, what happens when victory is not certain, when rewards are withheld, and those who follow orders and those who avoid them find themselves at the mouth of death?

In such desperate moments the self-interested warriors have an epiphany that they will be better off abandoning the battlefield than to continue fighting for a greater good.

An army comprised self-interested soldiers more focused on personal gains and benefits than on the welfare and wellbeing of the army as a whole will in such case almost certainly be crushed.

The army or for that matter any power that defends and achieves victory by fighting “tooth and nail” and never gives up is one filled with the feeling of solidarity whose source and strength are generosity, gallantry, and selflessness.

This feeling of solidarity, the spirit of sacrifice, and a commitment to a common goal may be the result of patriotism or revolutionary zeal, though quite frequently it is simply the battleground loyalty that unites “strangers” into a brotherhood often much stronger than blood relations.

It is this feeling of “brotherhood” that motivates and sends the self-focused individual to struggle and fight despite the seeming irrationality of what he or she is engaged with.

It is not that the emotion overtakes the individual or that he or she suddenly opts to ignore it but the individual is now under the spell of virtue that causes him or her to ignore their narrow passions and self-interestedness and work for a greater good and a grander cause.

At this point the distinction between “self-interest” and “group interest” ceases to exist for the warrior.

With this attitude and conviction the warrior struggles and works hard with the strength normally applied to attaining personal benefits and advantages. The focus moves from the self to a greater good and a grander cause.å

It is this feeling of selflessness and the focus away from the “self” which causes an individual to think and act unselfishly and for grander cause is what Ibn Khaldun called asabiyah. 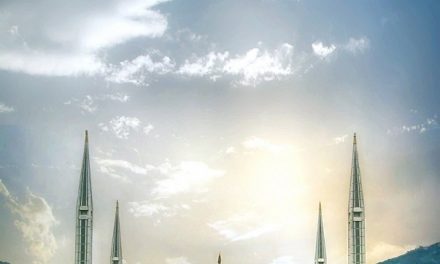