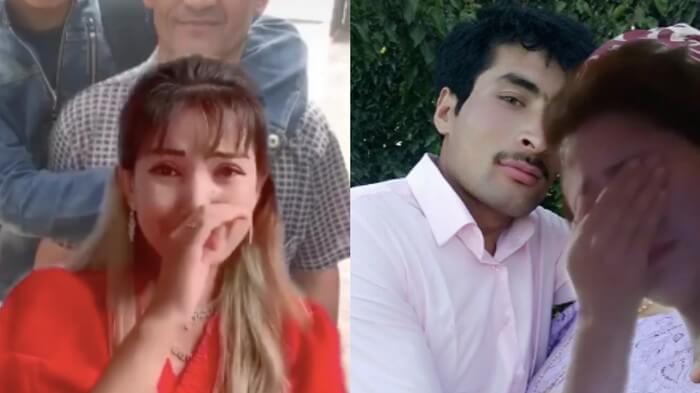 The latest social media campaign by Uyghurs, a Muslim Turkic minority, have created heartfelt videos of missing family members in a bid to raise awareness of the situation of their friends and relatives detained in camps in Xinjiang, in China’s north-west.

TikTok is not the first medium that comes to mind in the fight for human rights. Especially, when it’s young, mostly teenager demographic use it to create and share viral memes, animal videos, lip-sync and comedy.

Known as TikTok internationally (or ‘Douyin’ as the Chinese alternative servers to comply with strict censorship restrictions), these unsuspecting social platforms are being mobilised for a greater good.

The App is fast becoming one of the world’s most popular apps. Last year, it was reported to be the most downloaded iOS and Android app, being downloaded more than one billion times.

Silence is powerful and so are tears, especially when used by their loved ones, as a weapon to break the global silence of the plight of the Uyghur people in China.

Each video might only be 15- 60 seconds long. Yet, they speak volumes. An eerie song plays in the background created by Turkish composer Aytekin Ataş, the painful music is named Dönmek’ meaning ‘return’.

Yet, the message is plain and painfully simple. The audience watches family members in silence, some crying sinking against the superimposed backdrop of family photos, appealing for information on missing family members to be returned home.

David Brophy, a senior lecturer in modern Chinese history at the University of Sydney observes that the videos demonstrate the strength and resolve of peoples’ to call for justice is palpable.

“They’re obviously desperate, and taking a big risk in doing this, but this could signal a turning point in the willingness of people inside Xinjiang to defy the party-state and express opposition to what’s going on.”

Arslan Hidayat, a Uyghur-Australian living in Turkey said the videos were highly effective in conveying the stark message.

“They aren’t saying anything in these videos, but they want to be heard.” Workers walk by the fence of what is officially known as a vocational skills education centre in Dabancheng in Xinjiang [File: Thomas Peter/Reuters].

The US Secretary of State Mike Pompeo has accused China of being responsible for the human rights “stain of the century” with mass detentions of Muslims and other minorities.

This is not the first time Chinese citizens have used social media to voice dissent against the party-state. Indeed, it may not be the last as China grapples with maintaining control over its diverse population.

Human rights groups estimate more than a million Uyghurs are held in camps scattered throughout Xinjiang. The United Nations has estimated between one and two million members of China’s Uyghur ethnic minority have gone missing over the past five years.

Beijing has denied the existence of internment camps, and long insisted that they are simply running training centres for Uyghurs to learn new skills.

As the world turns a blind eye, this evocative campaign challenges our ignorance.

Aslan explains that “It is difficult to get information out of Xinjiang, so to me, this is like a (precious message) note in a bottle.”