Facts need to be ironed out before an emotional debate on the future of Kashmir, opinion on India’s barbaric state terrorism in this day and age, role of UN etc.

The fact is that Kashmir is rich in resources; the fact is that Britishers sold Kashmir to Raja Gulab Singh for 75 Lakh rupees in 1846 to rule a Muslim majority area where the Raja subjected Muslims with slavery, heavy tax and state violence to get the return upon his un-natural investment.

History then witnessed the Martyr day of 1931 where non violent protestors were killed in straight fire by the Rajas armed forces.

Fact is that Kashmir is the most militarized zone of the world with over 700,000 troops using human shields, more than 8000 disappearances, no food, no water, no medicine available in this era of technology and social media where selective justice prevails – or in simple words, Indian state terrorism perpetrated by the current Hindu extremist BJP government.

Kashmir has many stories to tell across time – From Bafliaz that is named after Alexander’s horse, the Sultans, the Sikhs and many others in between to Burhan Wani and the current lockdown of Kashmiris for a month now.

Burhan Wani’s funeral was a referendum that Kashmiris clearly held by themselves on 9 July 2016; the referendum that was supposed to happen after the conflict that ended between India and Pakistan on January 1, 1949.

Post Wani’s funeral sparked the biggest rebel in Kashmir in decades where Indian doctrine has driven Kashmiris from 1947 to the edge of AK-47.

The UN Security Council finally had a closed room debate last week on the current situation of state terrorism in Kashmir by Indian military where the meeting ended with a lukewarm response; resulting in the continuation of the terrorism to this day.

In a moment of introspection, I asked myself why it took a long time for the Security Council to discuss Kashmir situation in a merely consultative session with no formal follow-up session, how India managed to start a fireball and play with it?

Something every individual of the Ummah should ask themselves, and you might be able to come up with the answer and possibly a solution to improve the state of Ummah.

Another sad fact of today’s world – economic might is right.

Regardless of 45 Islamic countries, Islamic Military Counter Terrorism Coalition of 41 countries; and millions of pilgrims praying for the Ummah, the Ummah is yet to stand tall against this state terrorism perpetrated upon them.

Sheikh Muhammad Bin Hasan reminded the Ummah in his Hajj 2019 sermon that Ummah should be like one body where the whole body feels the pain if one part is hurt. He urged the Ummah to gain political strength.

Perhaps he provided the piece of string to the youth of Ummah to work hard and strive for the success and better future of Ummah just like Sahaba (r) did, success in this world and the hereafter.

This is the Sunnah of  Allah that He will reward if you strive.

They did not rely on a Security Council and a coalition but worked hard by themselves and Ummah flourished on the fruits that their hard work produced.

Once the youth of Ummah stand tall and revive the efforts of Sahaba (r) to not only resolve Kashmir issue once and for all but make this world a better place for all to live in peace. 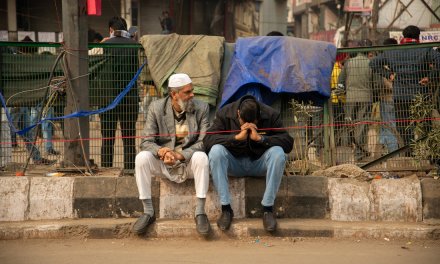 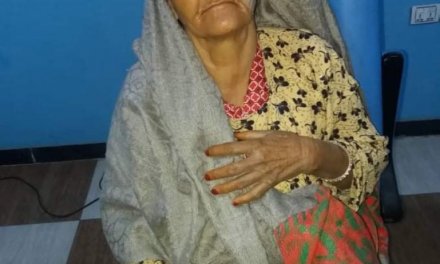