Refugee experience during Eid and at Jewish Museum 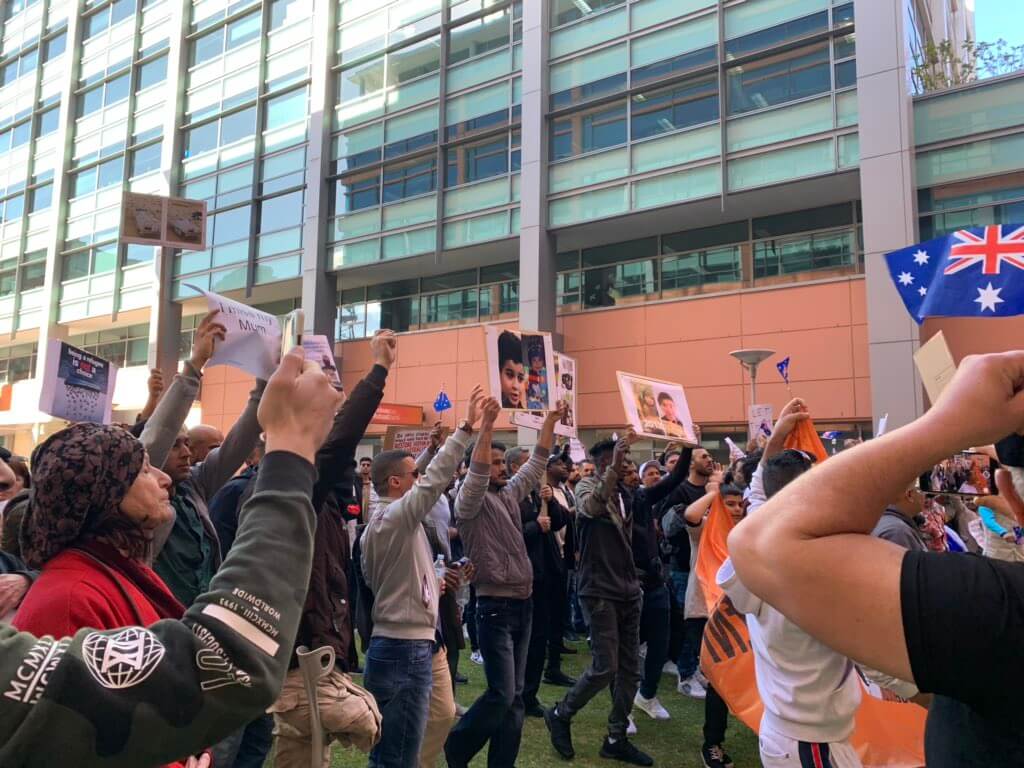 On Eid al Adha day on Monday, 12 August around 500 people joined together for JUSTICE FOR REFUGEES in Lee St, Central near Department of Home Affairs.
The demonstration was mainly organised by the Refugee Action Coalition led by Ian Rintoul, Mark Goudkamp and James Supple. It was a protest against Temporary Protection Visas (TPV) that are being used to put people in a permanent state of limbo, unable to bring their families here, and unable to live as citizens. Now the TPV holders are being forced, in many cases, into destitution.
Many of those taking part were from from Iraq, Iran and Afghanistan. It was Eid, and there was a great deal of wishing of ‘Eid Mubarak!’
Former Green’s Senator Lee Rhiannon, who is always there for people who are under the heel, and resisting was present for support at the event.
On Wednesday 14 August at 6 pm, the famous Australian writer, Thomas Keneally, spoke at the Sydney Jewish Museum about his work, and the refugee experience.
He is familiar with the refugee experiences of Jewish people who fled Europe during WWII.
My father was one of them. I was pleased to see the Jewish ‘establishment’ doing this, putting on this event. I think there has been reticence within Jewish institutions, sticking up for refugee rights, because Jewish people are no longer refugees, and (I believe) because so many Palestinians became refugees, were forced from their land, in 1948.
But I am glad that the Sydney Jewish Museum is moving on this, the refugees who are being made to suffer by this government, and with Labor ‘opposition’ complicity.
Of course, there have always been Jewish individuals involved with refugee welfare, and protest against what I think of as a kind of modern anti-Semitism, as monstrous as the original.
It was a great pleasure to catch up with Mobinah, one of the AMUST team member, at the Tom Keneally evening at the Jewish Museum.
Bravo to Behrouz Boochani, still Australia’s political hostage on Manus, with so many others, on winning the National Biography Award. His is surely one of this country’s most remarkable stories.
We must set him free, and all the hostages on Manus and Nauru.
Here are his words:
“The main thing is time. We have been here for years and years and lots of families are separated… We are human. When you keep a human for years and years in indefinite detention, definitely they lose a lot of things. I think and I hope they [the government] will find a solution. Let us go. We don’t want anything from Australia, just let us go.”
That will only happen with real pressure on the government and ‘opposition’.
Our contribution towards that is our weekly demonstration at the Queen Victoria statue in front of the QVB in Sydney. Every Friday at 5 pm. Please join us.
There are also weekly protests in Melbourne, Adelaide and Newcastle, Albany, in WA. We have to put real pressure on the shameless people at the top, some of whom mysteriously call themselves ‘Christians’, oblivious, it would seem, of the Good Samaritan parable.
To quote Greta Thunberg, as citizens we must, “Just do something.” 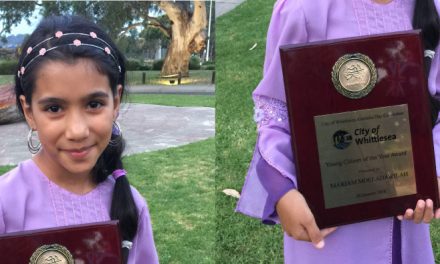