The valley of Kashmir, akin to paradise on earth has now been in total lockdown for almost a month where Kashmiris remain caged under brutal lockdown by Indian military using strict curfew conditions, razor wire roadblocks and total ban on communication with suspension of internet, landline and mobile phone services since Monday 5 August.

Taking its cue from the “only democracy in the Middle East”, Israel, that has a long history of occupation and oppression of its indigenous Palestinian population, the Hindu nationalist government led by PM Modi of the “largest democracy in the world”, India, finally annexed Kashmir embarking on a new wave of brutal oppression, disenfranchisement and human rights abuse of its indigenous population. The life is at a standstill in the valley for a month now with all educational institutions closed, shops shut down with shortage of food, medicine and access to healthcare.

More than 6000 people have been arrested, including three former chief ministers and a large number of teenagers and many of them shifted to jails elsewhere in India.

In spite of the oppressive military crackdown and lack flow of information, there have been reports of daily clashes are taking place between people protesting against the government’s unilateral move in changing the status of the state of Jammu & Kashmir. More than 180 people have been admitted to hospitals with injuries sustained from tear gas and pellet gun wounds while many more injured avoid going to the hospital for fear of being arrested.

The major opposition parties in India have now joined forces demanding the immediate release of Kashmiri leaders and political prisoners, restoration of communication and freedom of speech and movement in the Kashmir valley. However, a delegation of India’s main opposition politicians, including Congress leader Rahul Gandhi, who had flown on Saturday 24 August to Srinagar, the capital of J&K in order to observe the situation on the ground was sent back to the capital, New Delhi.

“The ruling Bharatiya Janata Party and its ideological wing, RSS, are celebrating the abrogation of Article 370, while the majority of people don’t even know what the Article is,” Ghulam Nabi Azad, of the Indian National Congress said.

Rashtriya Swayamsevak Sangh (RSS) is a Hindu supremacist organisation advocating India to be a Hindu nation. The Hindu Nationalist Party BJP, currently in power in India is the political arm of RSS led by PM Narendra Modi, a lifelong member of RSS.

“They are cheating the people by saying they have restored the communication by restoring a few telephone lines. Only government officials have landlines. So, is this facility only for officials? There is a complete communication blockade.” Mr Azad further added.

A group of activists, economists and writers presented their observations of the situation in Kashmir in New Delhi on Wednesday 14 August after returning from a five-day trip to the Kashmir Valley.

The delegation compiled several videos of their trip showing deserted streets dotted with road blocks without people even on the day of Eid-ul-Adha, a major Muslim festival on Monday 12 August. Protests against the annexation of Kashmir has taken place in many parts of the world including Australian cities of Sydney, Canberra, Melbourne and adelaide. Melbourne protest against the annexation of Kashmir on Saturday 10 August.

Muslim community leaders in Sydney gathered on Thursday evening 22 August in Mt Druitt in a meeting organised by the Australian Forum for Kashmir (AFK) to highlight the plight of Kashmiris currently under brutal lockdown in their homes.

Muslim community leaders in Sydney meet to highlight the plight of Kashmiris under brutal lockdown.

Kashmiris present at the gathering expressed their fears for the family members in Kashmir from whom they have not heard for the last three weeks due to the complete suspension of all lines of communication.

There is a general feeling that this military lockdown is leading to gross human rights abuses gradually amounting to massive attempted genocide of Kashmiris by the Hindu extremist elements in power and the massive exodus of Kashmiri refugees pouring into neighbouring Pakistan.

During the meeting, it was resolved to create awareness of the Kashmir issue amongst all sections of the Australian society and work for advocacy for the restoration of human rights and self-determination of Kashmiri people in accordance with numerous UN resolutions.

There have been reports that a number of top bureaucrats from South India serving in Kashmir have resigned in protest of treatment of Kashmiris by the BJP government.

Kannan Gopinathan, a 33-year-old Indian Administrative Service (IAS) officer hailing from the southern state of Kerala, quit his government job, saying he has his “own conscience to answer to” over the crippling lockdown and denial of fundamental rights in Indian-administered Kashmir.

“If you ask me what you were doing, when one of the world’s largest democracies announced a ban on the entire state, and even violated the fundamental rights of the people, I should at least be able to reply that I quit my job,” he told an Indian news portal.

Syed Ali Shah Geelani, 89, Chairman of All Parties Hurriyet Conference (APHC) currently ailing and under house arrest released a statement on Friday 23 August saying the entire region has now been transformed into a prison blocking communication systems and movement of people from their homes amounting to a warlike situation.

He has appealed to Kashmiris in the valley and those overseas and their supporters to peacefully resist this brutal move by the Modi government and join together in their just struggle for self-determination.

What does the annexation of Kashmir mean?

In a deceptive move pretending to counter terrorist attacks, towards the end of July, the BJP government of PM Narendra Modi deployed tens of thousands of troops in the state of Jammu and Kashmir considered the most militarised area in the world with already the presence of a million strong armed personnel. 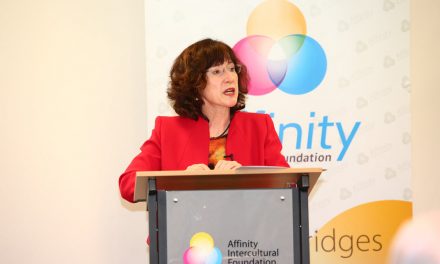