On a beautiful, sunny winter’s morning on Monday 12 August, Year 7 students from Emanuel School, a Jewish school from Randwick, and Granville Boys High School arrived at the gates of Auburn Girls High School for an interschool day and a visit to the stunning Gallipoli Mosque.

The occasion was part of a series of inter-school days that these students are having together, facilitated by Together For Humanity. This is a Muslim-Jewish-Christian organisation which aims to help foster students’ interfaith and intercultural understanding, and in doing so to bring communities together. The diverse group of students arrived and settled in an open space in the school’s library. The Auburn Girls school was both well kept and well presented with an atmosphere of acceptance and warmth. It carried the feeling of a school which was honoured, enjoyed and appreciated by its students, staff and community.

The visiting students were met by the Auburn Girls students and by a smiling row of seven guest presenters and facilitators who were seated at the front of the room. Each presenter appeared to have a curious uniqueness about them and likely an interesting story to tell. They varied in age, appearance and dress with some wearing religious garb and others wearing ‘normal’ modern clothing.

The introduction to the day consisted of an Acknowledgement of Country, the mention of a sacred Jewish day, Tisha B’Av, as well as a sacred Muslim day, Eid al Adha, which had both fallen on the day prior and a short introduction to Together For Humanity and it’s presenters.

In a few simple sentences each presenter shared a bit about themselves. They spoke of their cultures, their faith and beliefs, their family history, interesting facts and more. This was followed by a warm welcome by the Auburn Girls School Principal who shared fascinating details about the results from her recent DNA testing.

An icebreaker activity was conducted to get the students moving around, interacting and getting to know each other’s names. The room was bustling with movement, conversation and laughter and you could definitely say that the ice was indeed broken!

The group participated in an activity about common world religious and worldviews (including atheism) where they were instructed to sort multiple quotes into categories. Participants were surprised to discover that many of the quotes and verses they had assumed to be their own were in fact that of another faith or belief.

Following a short recess where students from all three schools got to socialise and eat, the group set off for a short walk to the Gallipoli Mosque for a tour and to witness the Muslim prayers. For many of the students, teachers (and even a couple of presenters) this was the very first time they had been inside a mosque. Some of the female visitors put on headscarves as a gesture of respect for the Islamic place of worship.

The midday prayer ‘Dhuhr’ was performed and observed followed by a short talk by one of the mosque’s tour guides. He shared the history of the mosque and it’s stunning architecture as well as what some of the mosque’s furnishings and decorations were. He also explained the different prayers which Muslims perform – the obligatory, optional, Eid prayers and Friday ‘Jumah’ prayers.

A student named Dylan later said, “It was really interesting to learn about Muslim prayers.”

The visitors listened attentively with students and adults asking questions throughout. Some were moved and emotional about the mosque atmosphere and tranquility. Great respect and reverence was shown by all.

The tour was followed by lunch, photos, reflections and free time outside the mosque.

A Jewish student named Inez said, “I learnt about the religion of Islam and their everyday life.”

The Jewish students from Emanuel also did a post-meal prayer demonstration for the group.

“Today I got to mix with a melting pot of cultures. I learnt that being diverse brings the good out of you. I made new friends and got to be more social. Thank you I enjoyed. The mosque is beautiful,” said Adeena.

The smiles, chatter and laughter of the students echoed up and above the sturdy mosque walls and into the afternoon sky. The conversations, activities, learning and experiences of the day truly brought about a feeling of togetherness.

Together for Humanity is holding its annual fundraising dinner on Saturday 14 September at the Himalaya Emporium Function Centre, 1/258 South Terrace, Bankstown. The event will include two inspirational keynote speakers, Dr Munjed Al Muderis and Alpha Cheng, as well as a musical performance by the multicultural Masha´s Legacy.  If you would like to support our work, please visit https://events.humanitix.com.au/together-for-humanity-fundraising-dinner-bankstown to purchase a ticket. Order of Australia for Uncle Hashim 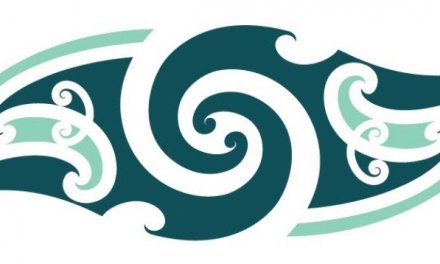