Four months ago, families from Kuran and Munjan districts of Afghanistan’s Badakhshan Province escaped their homes and left everything behind to flee months of conflict between the Taliban and Afghan security forces.

These refugees are now living within a camp in a remote region of Panjshir Province. Mahboba’s Promise recently visited the camp to find 300 families living in severely poor conditions. This huge displacement of people has seen no media coverage; they are suffering in silence. There are no trees in sight at the refugee camp.

“The families are living in harsh conditions if you can call it living at all. And with their men either dead or away in a desperate search for work, the overwhelming feeling is loneliness and abandonment.

The children wander through the rocky terrain amidst mountains and tents in ragged clothes. You don’t even see them playing. Most of them too little to understand why their parents brought them to such a faraway place where there are no villages, no stores, no doctors, no bathrooms, no schools, no trees.

Sometimes they may climb the difficult way down to the river and haul up water in buckets. The women and children under the brutal summer sun hauling heavy bucket loads of water up and up. Every day.”

There is nothing to do in the mountain cradled desert in which the camp is based; there is only silence. If a child cries, no one hears them. To them, the silence of the landscape symbolises the silence of a world that has not helped. One of the injured refugees who barely escaped their home in Badakhshan Province.

Many people were critically injured by the ongoing war, including Ashor Mohammad who told of his experience:

They took my young son Ahmad and shot him in the head. It as at this point we took whatever we had and escaped the area.”

They also spoke to Mr Wirwais, the teacher of the refugee children:

“The conditions here for these refugees are harsh. The children are sitting on the ground with no chairs, tables, books or pens. This is not a classroom.” Children sit on the floor of their “classroom” with no books or pens.

Whenever there are humans in pain, we must heal. Wherever there is hunger, we must bring food.

To help the Badakhshi people from afar is not only about giving them some food; it’s about giving hope to the hopeless and saying to families who have lost all: ‘You are not alone.’

You can help Mahboba’s Promise deliver critical supplies to these Refugees by visiting their crowdfunding appeal at https://chuffed.org/project/emergency-appeal-badakhshan-refugees. 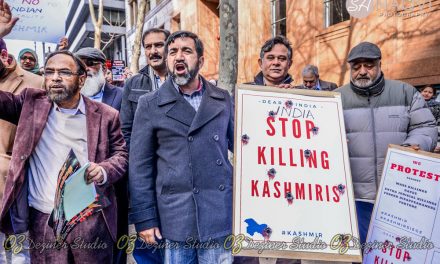