Following from Part Three, in the fiqh study of the classical form of shari’ah, Islamic law is clearly different from Western systems of law in two distinct ways (Calder, 1993).

First, shari’ah, as I mentioned earlier, unlike most other legal systems, covers all personal and public aspects of everyday life including regulation of the individual’s relationship with God (Hassan, 1979).

Shari’ah governs ethical standards as well as legal rules, demonstrating clearly what individuals are permitted to do as well as, in conscience, prohibited to do (Ibrahim, 2009).

Second, shari’ah differs from Western law either (civil or common) because it has different sources and roots and there is a clear separation of powers – legislature, executive, and judiciary (Ismail, 2009), whilst shari’ah is embedded in everyday living and totally pervades it with Qur’an as its central source giving expression to Divine Will, thus is divine (Mir-Hosseini, 1993) and fixed (Hissain, 2011).

As totally distinct from the secular legal system or civil law that evolves from or in secular societies and changes in light of the changing material conditions of people, shari’ah was forced upon Islamic society from above through the institution of caliphate.

In secular modern contexts, or in Western legal systems, law is made by humans who have the authority and power to legislate. However, in Islam the fiqh decrees that the role of the society’s members, as vicegerents, is not to create legislation but merely to implement it.

The foundation of Islamic law, which was originally laid down by Prophet Mohammad (s), was expanded upon by the orthodox companions. As Islam grew and expanded politically and militarily, the law of Islam gradually spread throughout the Muslim world.

Inevitably, from this legal system grew some individual interpretations, which in turn brought forth scholarly polemics regarding a host of legal cases. Eventually, two fundamental legal methodological viewpoints emerged concerning the process of understanding the law.

One viewpoint would focus on the texts alone and the other would point to individual reasoning to supplement the texts when delivering an injunction.

In reaction to the emergence of the two legal methodological viewpoints and the crisis of Umayyad (661–750) and Abbasid (750–1258) dynasties, four Sunni jurisprudential schools emerged in second Islamic century (Abdal-Haqq, 2006).

With the development of different schools of law, by the middle of the second Islamic century, the law had become more comprehensive in coverage (although it would take another fifty years to develop fully), and jurists had started to develop their own legal reasoning and methodologies (Hallaq, 2005).

There exists a variety of explanatory models that seek to shed light on the formation of the shari’ah. However, it needs to be appreciated that this legislative development began within the Qur’an itself and the Prophet’s blueprints of a future life pattern for Muslims, drawn up under varying conditions of Islam in Makkah and Medina and shaping a cultural trajectory that has persisted for over fourteen hundred years and has produced, in its continuance, a wide range of legal cultures (Abdal-Haqq, 2006).

Equally important to remember is the fact that “the law” was the direct result of the analytical study of the vibrant, great texts of Islam (Qur’an and hadiths) that undoubtedly had a mammoth impact on Muslim legal life.

However, the correlation could not be sustained forever because new situations and Islam’s entry into new cultural systems required corresponding legislation, implemented in light of the Divine text and the Prophet’s articulation of maslaha mursala (public interest) ( Abdal-Haqq, 2006).

The Prophet set out the principles and methods of using the Qur’anic teaching to address issues emerging in society. These proved to be important guidelines for the ulama and jurists, who used them to interpret the texts to suit the demands of their everyday living. 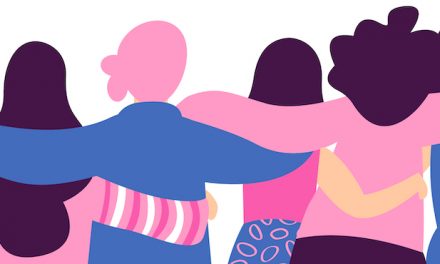