Reflections on Christchurch tragedy and resolve to combat racism While in Christchurch after the mosques’ attacks in March, while visiting the injured in ICU, I spend some time next to the bed of Zekeriya Tuyan, a New Zealander of Turkish origin who has passed away early May succumbing to his extensive injuries as the 51st victim of the attacks.

I had a long conversation with his wife, Hamimah Ahmat, of Singaporean origin and while I could not hold my tears when she explained the extent of her husband’s injuries, she remained composed and a pillar of feminine strength throughout the conversation.

I also met their two lovely sons Isa 9 and Ilyas 4 a beautiful combination of Turkish and Singaporean heritage being taken care of by their maternal aunty, Suraya Suppien, who had arrived from Melbourne for support.

Nur Naziihah Hafidi, 14 is the niece of Zekeriya Tuyan and a Year 9 student at Al Siraat College in Melbourne.  Recently Naziihah was asked to share her reflections as a part of a high end roundtable discussion with Victorian Equal Opportunity Human Rights Commission.

The topic of the meeting was freedom of religion, racial and religious discrimination and advocating for policy changes in Victoria. Naziihah and her family have first hand lived experience as a family directly affected by a hate crime.

It was Friday 15 March 2019, so school ended earlier. Friday is a holy day for Muslims marked by the congregational Friday prayers.  We were at the shops when we received the news. I remember my mum being in the dressing room for too long. I still remember the image of her slumped on the dressing room floor, shaking. My uncle was amongst those critically shot as he prayed that holy Friday at Al Noor Mosque in Christchurch.

The day after, my parents flew to New Zealand. There was something that hung in the air that I cannot seem to describe into words for you. My mum told me of the endless, anxious wait at the ICU, waiting for any bit of news that my uncle’s condition had stabilised, or that he had come out of coma. I remember her telling me what my 4-year old cousin had said, ‘I want to go back to Singapore (which was where he was living at the time) and skype Baba, then he’ll wake up and talk to me.” He did not understand, and how could he?

I was not in New Zealand, but even then, the normalcy of life seized to exist as all was disrupted. We had an assembly at school that Monday, and I could not help but find myself trying to hold back the tears in my eyes. At that moment, I knew exactly what the feeling was that hung in the air. It was fear, it was distraught, it was this undeniable sense of vulnerability.

All I could think was: can there ever be any safe space from Islamophobia?

Fast forward 2 April. A text came from my dad who had continued to stay in New Zealand to support my aunt and her two young boys, aged 9 and 4. My uncle had opened his eyes. It was a flicker of hope that my family gripped onto, and fire always burns the brightest in the darkest of times. I prayed for my aunt and my cousins for that fire to stay bright.

On 2 May, while I was studying at the dining table when I heard my mum erupting into sobs on the phone. I remember that hollow feeling in my chest. My uncle had succumbed to medical procedures in order to save his life. The death toll of the hate crime rose from 50 to 51.

It was hectic after that. We all went to New Zealand, and after, crossed three continents from Christchurch all the way to Ankara, Turkey. My uncle was laid to rest there, in his family gravesite. Before we left for Ankara, my 9-year old cousin, comforted my aunt, saying, “Its ok, this is where Baba was born, so it makes sense this is where he is buried now.” And after we left Ankara, coming back to Christchurch, after everything that had happened, my 4-year-old cousin looked at me, and asked, “Is my Baba in New Zealand?”. I said, “No, he is in Turkey, remember? We buried him into the Earth, where he’s resting now.” He said, “Oh, okay.”

Not only had they lost their Baba, but my young cousins’ care free spirits were subdued under the emotional hardship of their circumstances. As for my aunt, she has to pick up the pieces of dreams shattered.

Amidst the haze of pain and agony that befell my family, there is one thing that I took away from it all. That humanity cannot afford to go back to the way it was before. We cannot afford to repeat this cycle of vilification and hate.

Honour 3-year old Muc’ad. Honour my cousin’s friend, 14-year old Sayyad. Honour my uncle, Zekeriya Tuyan. Honour the other 48 victims of the tragedy, we must not stay silent. We need to stand up to prevent those who harbour this hate, the false conviction in white supremacy, and mistaken belief that they have the right to take away the lives of those they deem lesser than them. We need to stand up in solidarity.

This is where Bystander Intervention Training needs to come in schools, businesses, community groups and other places state wide. It provides community-led responses to Islamophobia and Anti-semitism, and provides participants the skills to address behaviours of sexism and harm if they become witnesses.

It encourages individuals from different backgrounds, faiths and all walks of life to call out this culture of violence and discrimination. For individuals, and organisations to become active bystanders, speaking out and acting against these issues, whilst promoting an active role for others in advocating for equality and inclusion.

In her recent speech to a group of leaders in Christchurch, United Nation’s Deputy High Commissioner for Human Rights, Kate Gilmore, talked about how we are all responders. The first responders, the ambulance, police and emergency departments, were beacons to us all, but how we were the hundredth, thousandth or millionth responder. The millions who heard, saw, felt. With equipped understanding and skills, we will find greater courage to call out against something that we see not right nor acceptable.

I think we all agree, that it is when ignorance is fed with misconceptions, false beliefs and biased media, that fear is then pressured to fuel hate. It is when the truth is vandalised by destructive stereotypes and bigotry, that fear is then pressured to fuel hate. And this hate is what causes an uprising of aggression. Hate speech, leads to hate crimes. We must end this train of animosity, and where else is the best place to sow the seeds of acceptance, inclusion and empathy but in schools.

Cultural and Religious Training Programs need to be implemented as well, especially in schools as a grassroots approach to combating Islamophobia. To begin respectful conversations, build empathy, and a new found understanding of one another is pivotal in order to shift the culture and trigger a ripple of pro-social actions in our society.

In the words of Matthew Kincaid, who was awarded the Young Entrepreneur of the Year 2018, United States, conducting anti-racism workshops in schools, empowering teachers & teaching students how to make a difference:

“If we don’t equip ourselves to combat racism, then we are destined to replicate it.”

I end with a quote from the last sermon of Prophet Mohammad (s) more than 1400 years ago against racism: 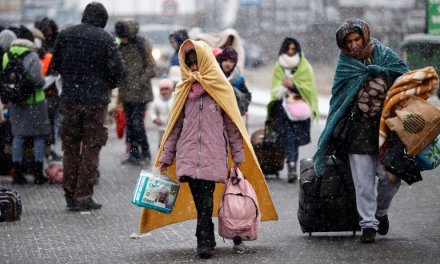 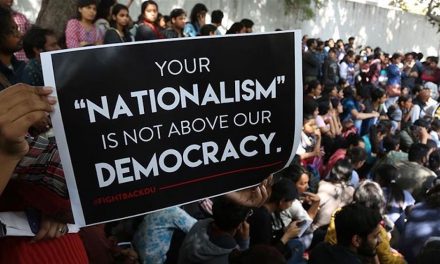