A new Executive Committee has been elected by more than 700 voters at the Canberra Muslim Community, the organisation that runs the Gungahlin Mosque in the northern Canberra.

The positions were passionately contested in the lead up to the AGM and election held on Saturday 13 July.

In any case the election was well managed by the Chair of the Election Panel, Brice Hamack, his selected panelists and the army of volunteers he put together to ensure that CMC members who came to vote (over 700 as it turned out) were processed efficiently and the election was carried out with effective governance and transparency.

Additionally, in the lead up to the election a streamlined membership process was automated and secured to ensure the integrity of the election.

The new Executive Committee members are:

The incoming President, Abdul Bari, thanked all the nominees as well as the past executive committees and Presidents and said that the new committee would be meeting to draw up short and long term plans for communication to the members.

“We’d like to thank all the nominees who participated in the election and congratulate those who were elected to the new committee. The respective positions on the executive committee are each a huge responsibility and an amaanah from the Muslim community,” he said.

Mainul Haque, the outgoing President, also thanked the past Presidents and committees that has led to the construction of the mosque and the vibrant community.

“I leave CMC positive about the future, proud of the service that I have been able to give to my beloved Gungahlin mosque, my community, the ACT Muslim community, the ACT multicultural society, and my adopted country, Australia,” he said. 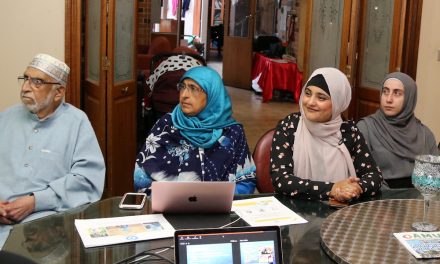