The event was attended by more than 200 guests, who came from near and far, including Gold Coast, Caboolture, Ipswich and all the way from Malaysia and Singapore.

There were those from Sydney, Oman and Saudi Arabia who have made special trips to be together with old friends.  Some of the guests have lived in Australia more than 25 to 30 years and were thrilled to relive a taste of Malay style celebration.  Some are newly-arrived and craved the festive feel to alleviate feelings of homesickness.

Although most of the guests know each other, there are those who reconnected with their acquaintances at Salam Aidilfitri either by chance or by design. Many of the guests, having attended in previous years, have returned to bring together more long and lost friends.

This fits in perfectly with BMC’s aspiration. BMC is pleased to organise Salam Aidilfitri, which loosely translated means Eid-ul-Fitr greetings, as a way to reach out and bring together the wider Malay community in Brisbane and the surrounding areas.

BMC also hopes to showcase elements of the Malay culture for the enjoyment of the guests especially the youngsters. Most of BMC’s members and their friends are of Malay descent or have ties to Malaysia and Singapore.

Living overseas with growing children, most have come to realise the importance of exposing and immersing the youngsters to Malay culture and traditions to keep these traditions alive. It is also imperative to inculcate the feeling of celebrations for significant Muslim events which may otherwise be trivialised. Salam Aidilfitri was kicked off with a brief Quran recitation by one of the youngsters followed by a welcoming speech from BMC.  The guests were also entertained by performances from the children.

The performers had fun learning the moves and words to these traditional acts that were previously unfamiliar to them. Malay Eid songs filled the air heightening the festive feel while the guests enjoyed the delicious fare served by the restaurant.

Another highlight at the event was the array of delectable Malay traditional desserts available to be sampled by the guests. These were generously contributed by some of the guests themselves.

Everyone was delighted to rediscover traditional desserts such as the crowd favourite curry puffs, the black glutinous rice porridge, classic ‘seri muka’ (sticky rice with pandan custard) and many more treats. One of the guests was pleasantly surprised to reconnect with an old friend that she has not seen for many years. She also expressed her delight at seeing the men dressed up in traditional clothing especially a family arriving with the men wearing full regalia of Malay noblemen.

Indeed, Salam Aidilfitri was a special occasion enjoyed by the guests who were able to experience the rich tapestry of Malay culture be it food, language, clothes, music and most importantly, hospitality. Hailing from Malaysia, Amalina Mahmood is an active member of the Brisbane Malay Community 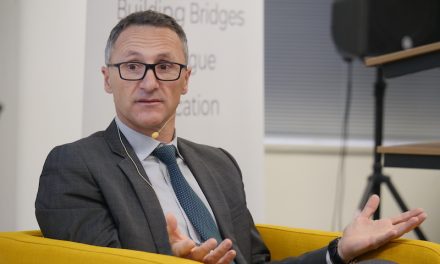