The role of ‘husnu zann’ (positive thinking) in preventing slander 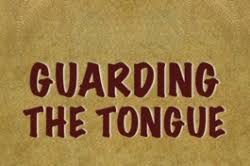 We know about – even if we don’t pay enough attention to – slander. But what do we know about preventing it, through husnu zann?

When we speak about the challenges we face as Muslims living in secular countries, the topic of sins often comes up. However, we tend to avoid seeing something like slander as a major sin (even though it is!) instead of choosing to focus on things like temptation, alcohol, and drugs – all of which present their own challenges. With respect to slander, Islam is not the only religion to note it as a phenomenon – slander has been prevalent from history until contemporary times.

Public discussions on preventing slander or even recognizing when it is taking place have been largely absent from many faith histories (in contrast with legal concepts such as defamation, which existed in ancient Greek and Roman times).

From an Islamic perspective, Muslim scholars provide a lot of focus on this topic, yet largely missed discussing the prevention of slander by considering the Islamic notion husnu zann (positive thinking).

The presence of husnu zann can prevent slander from taking place in a world where suspicion and judgment are extremely prevalent.

The practical view is to apply husnu zann through a vast amount of Islamic positive emotional states to enlighten the heart before engaging in, agreeing with, and spreading slander.

Many of us are familiar with the case of the Prophet’s wife, Aisha (r) who was slandered unjustly which generated a lot of conversations and reactions at the time of the Prophet (s).

Despite this well known historical incident, the lessons and principles outlined in Islamic sources, such as tafsirs (exegesis), have not become an influencing factor in the behaviour of members of today’s Muslim societies.

Slander continues to be an inherent part of society, Muslim or not, particularly with the presence of social media.

The idea of slander can be understood from an Islamic perspective that defines it and warns against it when teaching about relaying unwanted information about someone.

For example, when the Qur’an conveys the story of Aisha (r), it explicitly warns against slander in the Quran and hadith, since the implications of slander are so negative and destructive.

Slander can lead to destructive consequences as with the example of Aisha (r) where it almost led to divorce, but it can also lead to the destruction of careers, reputation and so on.

There are also famous contemporary examples of slander which have rocked the Muslim world such as those associated with scholars like Nouman Ali Khan and Tariq Ramadan.

The relationship of slander to husnu zann has not been discussed at large within Muslim societies. Husnu zann encompasses good intentions, thoughts and action towards God, the universe and human beings.

A fundamental context that is absent when slandering occurs is for a person to identify the internal problems of the self, which begins with the Islamic spiritual concept of jihad al-nafs (struggle with oneself).

Many scholars see jihad al-nafs as the pinnacle of husnu zann as one can reach heightened levels by identifying personal struggles.

The causes of slander go back to a lack of spiritual concepts that are embedded in a person – and a lack of recognition of the need to purify oneself with these concepts. This involves delving deep into the energies of the self as Imam al Ghazzali has noted.

There are also circumstances where a person gets involved in slander due to fear of a sin they have committed or one of the spiritual diseases of the heart such as jealousy, prejudice, pride, or hypocrisy.

These diseases are worldly pleasures which, if one keeps invoking them, leads to negative thoughts and becomes part of a person’s disposition and hence corrupts their character.

This corruption interrupts the akhlaq and adab of a person – it becomes a habit in someone which can often lead to difficulty in attaining husnu zann, which in turn leads to slander and negative thinking.

When understanding the relationship between slander and husnu zann one can access spiritual elements in a person’s nature and use it to fill one’s life so that sui zann can be replaced with husnu zann.

When sui zann – the opposite of husnu zann – is ignited, it can cause destructive virtues in a person to come out and the reason for slander. 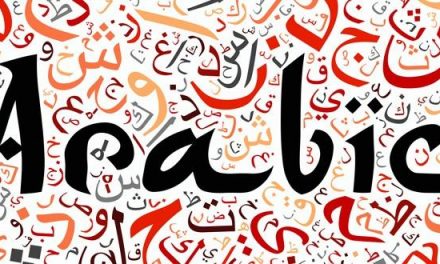 Significance and importance of Dua