Unions in Unison Interfaith Iftar, held on Thursday 9 May at Trades Hall in Sydney, observed a minute of silence in remembrance of victims of attacks on mosques in Christchurch, churches in Colombo and on Chabad of Poway Synagogue in US.

The diverse audience was addressed by the Secretary of Unions NSW, Mark Morey, Bob Carr, Shaoquett Moselmane and many other prominent speakers. This was the second annual Unions in Unison Interfaith Iftar and was hosted by the Secretary of Unions NSW, Mark Morey and the Secretary of the Transport Workers Union, Richard Olsen to celebrate the diversity in the Australian Society.

The event with a delicious South Asian menu for the Iftar Dinner was sponsored by Unions NSW and South Asia Labor led by Aisha Amjad and Harish Velji. The master of ceremony Aisha Amjad welcomed all the guests present at the Iftar and drew attention to the significance of the venue and the diversity of people attending representing multicultural Australia.

Mark Morey thanked Aisha and Harish in organising the well-attended function and acknowledged the presence of interfaith and community leaders, politicians and union members. Secretary of Unions NSW, Mark Morey speaking at the Iftar.

Mark emphatically said that what happened in Christchurch is absolutely not acceptable.

He further added, “But coming out together, tonight is very strong statement of  working together and building bridges in our multicultural community.”

Bob Carr organised the first parliamentary Iftar in 2004 inviting members of the Muslim Community together with other interfaith leaders to the NSW parliament. He was delighted see a number of prominent high achievers from diverse background in the audience. Bob Carr speaking at the Iftar.

Bob Carr condemned the recent attacks on places of worship and welcomed the interfaith gathering in making a statement of unity in diversity.

He highlighted the plight of 800,000 Rohingya refugees and hoped that the newly elected government will make strong representations for them to be fully given the citizenship of Myanmar in the near future.

Bob Carr also conveyed the recognition of Palestine by the Labor Party and again hoped that if the Labor government is for after the federal elections on Saturday 18 May, it will formally recognise Palestine. Shaoquett Moselmane, NSW MLA of Lebanese origin, who had the privilege of introducing the Quran as well as the Geeta in the Parliament of NSW during his address said that the Lebanese Australians have been victims of racism in the past in this country. However now they know the law and can fight back for themselves. The audience were also addressed by Sheikh Bilal from Darulfatwa, Harish Velji and many other prominent speakers. 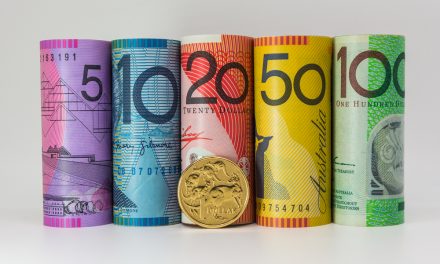