As we celebrate Eid this month with our families please spare a thought for French Muslim mothers.  Last month in another blatant demonstration of oppression of women and Islamophobia, the French Senate voted to ban mothers who wear headscarves from accompanying their children on school trips. Christchurch screening of ‘Freedom’ at the University of Canterbury, Jack Mann Auditorium, on Saturday 27 April

In the face of growing anti-Islam sentiment, French Muslim convert and film co-director Julien Drolon together with co-director Zara Shafie, his Malaysian born wife have produced arguably the most inspiring documentary film of the year, ‘Freedom’.

A first of its kind, this documentary film features 50 converts from across the globe sharing their reflections and stories on their journey to Islam.

The producers took two years filming, beginning in 2016, 50 Muslims from 25 countries to offer their narratives on Islam.

“Freedom” attempts to change the anti-Islam narrative in a world where anti-Muslim sentiment has been rising globally.

The world screening tour of the film took it to New Zealand with six screenings from 27 April to 6 May in all major cities of the country still recovering from the Christchurch Mosques’ tragedy in which 51 Muslims were killed and more than 50 were injured by a white supremacist. AMUST conducted an interview on Friday 24 May with Julien Drolon on the inspiration behind this pioneering initiative that resulted in the production of “Freedom’.

Why did you make this film?

Julien: What inspired us to make Freedom is the alarming growth of anti-islam narrative in the mainstream media. People around the world deserve to know the truth about Islam and how it can truly liberate them from the shackles of their own desires.

What were the greatest challenges in the making of this documentary?

I actually learned English and Surfing in Australia, in Sydney. I stayed there for a year living in Manly Beach.  Zara and I have both visited Australia at different times.

Australian Muslims should not deprive their fellow citizens of their first human right, which is to understand who is their Creator and how He should be worshipped.

Therefore every Muslim in Australia should be pro-active in promoting Islam and support projects like Freedom to allow every Australian to understand Islam better and what it truly means to be a Muslim.

What are some ways people can get involved and take action in supporting Freedom?

People can support Freedom by donating to our LaunchGood campaign “Christchurch, Never Again” at www.launchgood.com/never-again.

This campaign aims to prevent hatred towards Muslims from growing, through powerful media content to educate millions about the beauty of Islam. What are your plans moving forward?

Following the growing demand of Freedom internationally, we are planning to translate Freedom in more than 10 languages. Last year we screened Freedom in Brisbane and received the highest score from our world screening tour.

We screened the documentary to an audience of Muslim sisters and they rated Freedom 9.3/10. We hope that we can show Freedom to the Non-Muslim community in Australia and we are open with the idea to organise a screening tour this year providing we find the right partners locally. FREEDOM is the single must-watch documentary film of the year.  Watch it, support it and promote it within your communities.

It’s an incredibly powerful resource in highlighting the pathways to Islam, to true freedom and liberation and a testament to the verse “…Allah guides whom He wills. And He knows best those who are the guided.” (Quran 28:56) 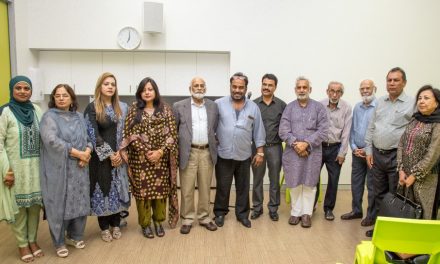 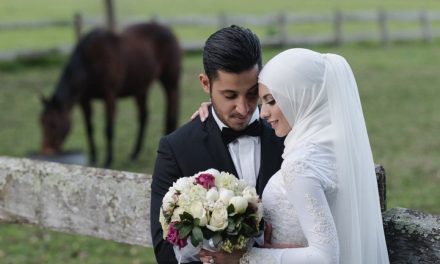 Getting through COVID-19 crisis together