In April 2019 myself and my wife Mehar embarked on our first tour of Africa south of the Sahara visiting Kenya, Ethiopia and South Africa for a period of three weeks traveling via Abu Dhabi on Etihad airlines.

I spent most of my time in Ethiopia. One of the main purposes of visiting Ethiopia was to observe good governance by the year-old government of Prime Minister Dr Abiye Ahmad.

Ethiopia is a land locked remains of the great ancient Christian empire of Abyssinia or Habasha and included the modern-day Somalia, Djibouti, South Sudan and Eritrea.

Ethiopia is an impoverished country ruled for 27 years by a regime dominated by people from the northern region of Tigray with the same prime minister for all those long years.

Since coming to power through democratic elections, last year in March the new PM, a military intelligence man with a PhD has brought drastic reforms in the country.

He ushered democratic representation from all regions, tribes and religious groups, Christians and Muslims, men and women, sharing power and involving all Ethiopians in good governance.

Dr Ahmad has been relentlessly working for peace in the horn of Africa visiting all conflict zones and trying to bring about peace.

He developed the revolutionary idea of having 50% women in the Ethiopian ministry. Some key positions of Defence, foreign affairs, position of president etc are all headed by currently by women in modern Ethiopia.

After trying very hard through the Ethiopian embassy in Canberra, I could not obtain a confirmed appointment with Dr Abiye Ahmad but decided to go to Ethiopia any way and meet other officials and ministers.

I found the Ethiopian ministers media-shy of the western media, where they considered AMUST of the same category. However we visited the foreign ministry, interviewed Mr Nebiat Getachew, spokesperson for Foreign Affairs as well as visited Ministry for Women and interviewed the Minister of State for Women, Ms Semegne Wube. 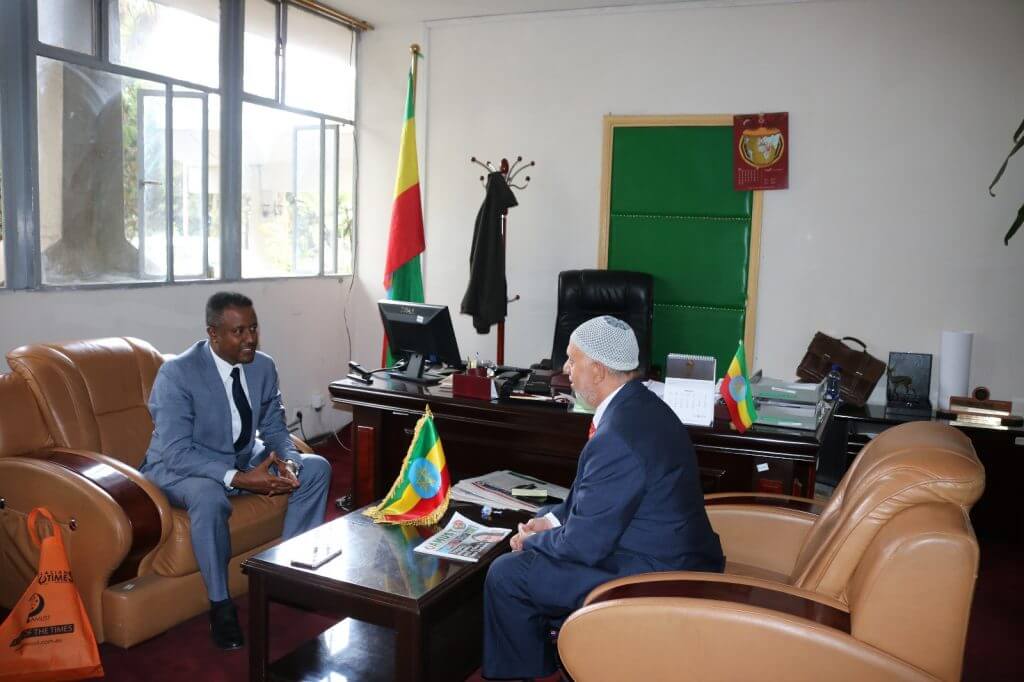 Ethiopia is a poor country, but I found people very polite, friendly and soft-spoken. Almost one third are Muslims while the great majority are orthodox Christians from ancient times.

I was given some contacts in Addis Ababa by Mr Abdella Umar of Ethiopian background and the father in law of my nephew, currently residing in Canberra as well as by Dr Mahmoud Khan, originally from South Africa but living in Sydney since 1970’s.

On the day of our arrival we were visited by Mr Abdella Umar’s relative Mr Taha Abdi Mohammed who is a commissioner in the government who advised us to visit the Nagesh mosque in the north of Ethiopia.

The next day of our arrival in Addis Ababa we met an Irish Muslim Abdur-Rahman (Kenelm Piers Alexander) McCausland, principal consultant for Haqiqah Permaculture who is married to an Ethiopian lady with 3 beautiful children and has been living in Ethiopia for the last 11 years.

We offered our Zuhr prayer at an impoverished mosque, Masjid Tewba, in the city centre next to our hotel.

Masjid Tewba next to our hotel in the CBD

On the third day, Mr Negalegne Mequint third secretary from foreign ministry came to visit us in the hotel helping us to secure ministerial appointments.

Addis Ababa museum in the background. 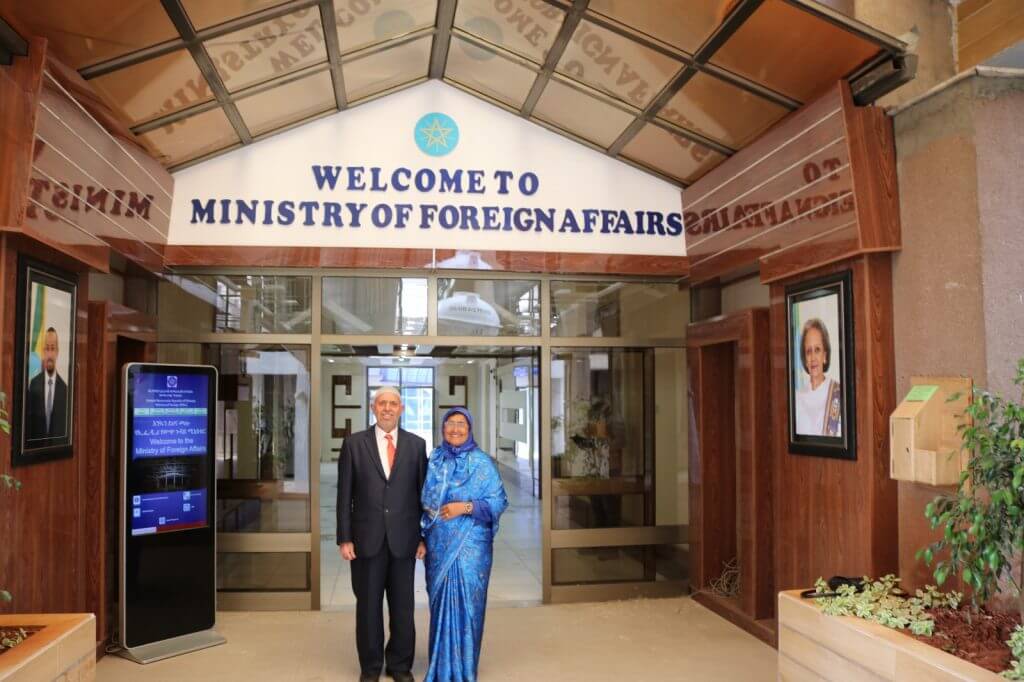 At the Ministry of Foreign Affairs, Addis Ababa Sheikh Abdul Salam speaks fluent Urdu and so do all other teachers there having graduated from Bannauri Town, Karachi and from Faisalabad, Pakistan. He is a disciple of Maulana Tariq Jamil. 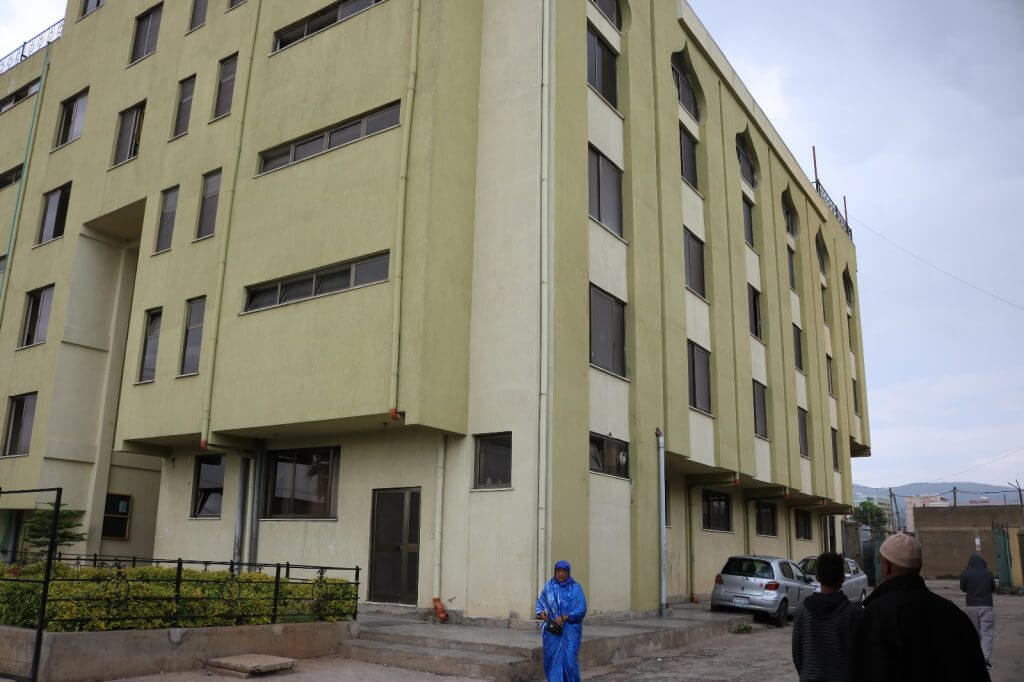 Four story residential building of the Madrassa in Addis Ababa It was really funny, the conversation between the four of us. Abdur Rahman speaks English and Amharic (Ethiopian main language); the Sheikh speaks Amharic and Urdu (poor English) while I speak English and Urdu. The Sheikh too us to an upmarket Yemeni restaurant. 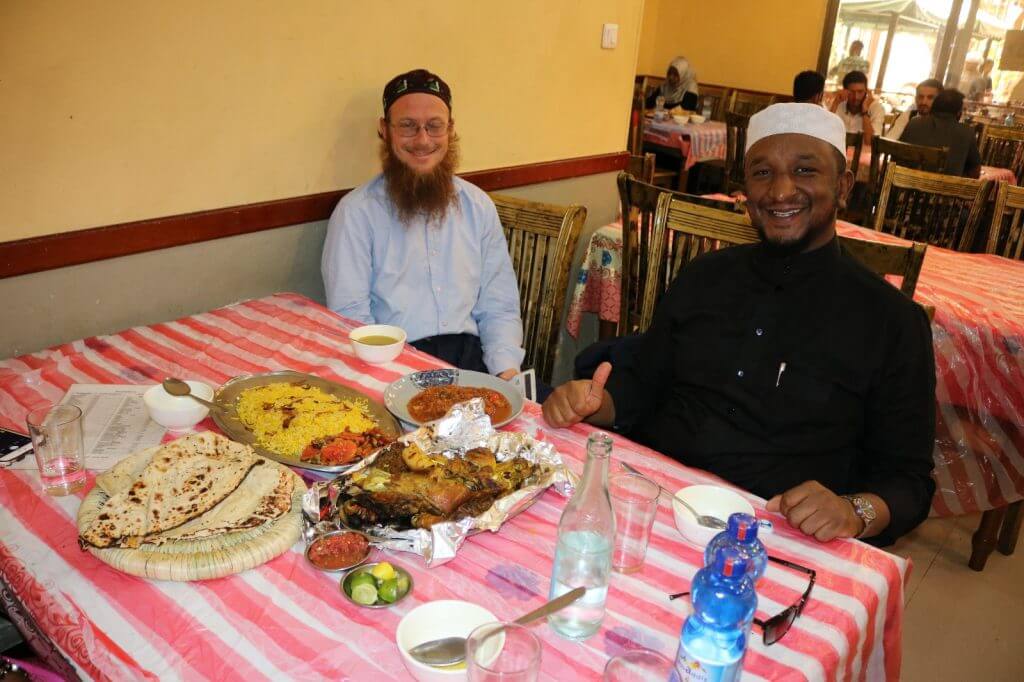 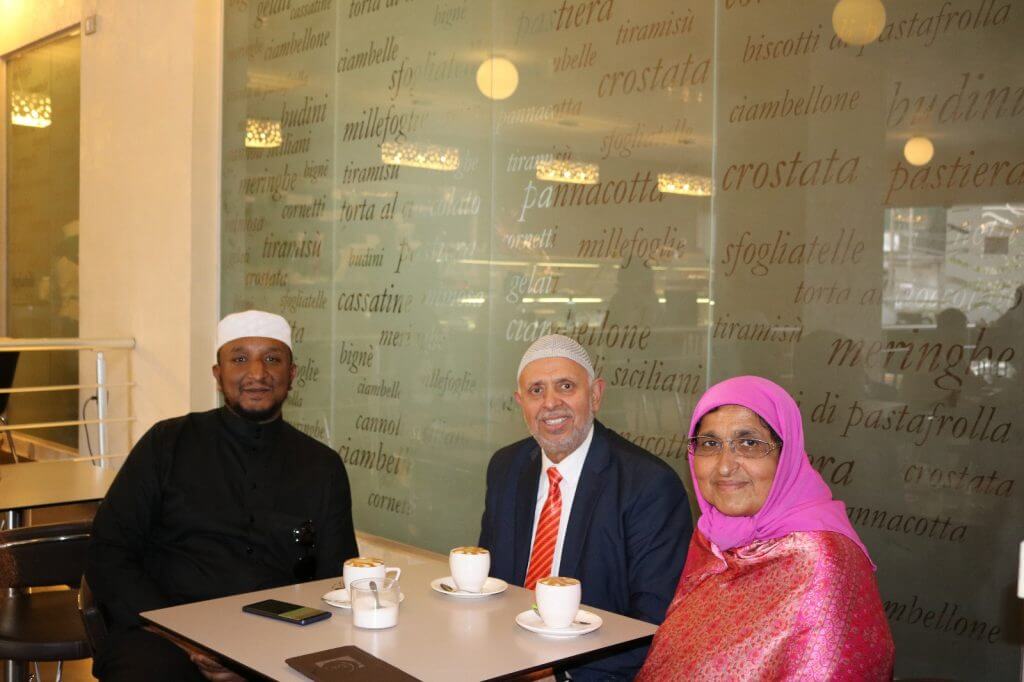 After lunch the Sheikh insisted on having Ethiopian coffee driving for an upmarket cafe for half an hour.

Throughout my tour I used to wake up at 3 am, catching up with AMUST communication/editing for Newsletter online articles till 6 am and then gym, swim, free breakfast and then out and about by 9 am. Very efficient use of time. So I caught up with my travel blog and photos in the morning.

One of the great pleasures of the Ethiopian tour was to visit, mix and pray Zuhr with kids in an Islamic primary School, Merwa Academy. The school is run by donations (some donors from Australia who I am not allowed to name since they want to stay anonymous) and some minimum fees.

The government does not support Islamic Schools at all here. It’s a poor school, short of resources but has lovely children and dedicated teachers. The children learn three languages: Arabic, Amharic and English. The very little ones spoke pretty good English and mobbed me and Mehar all the time while we were there. 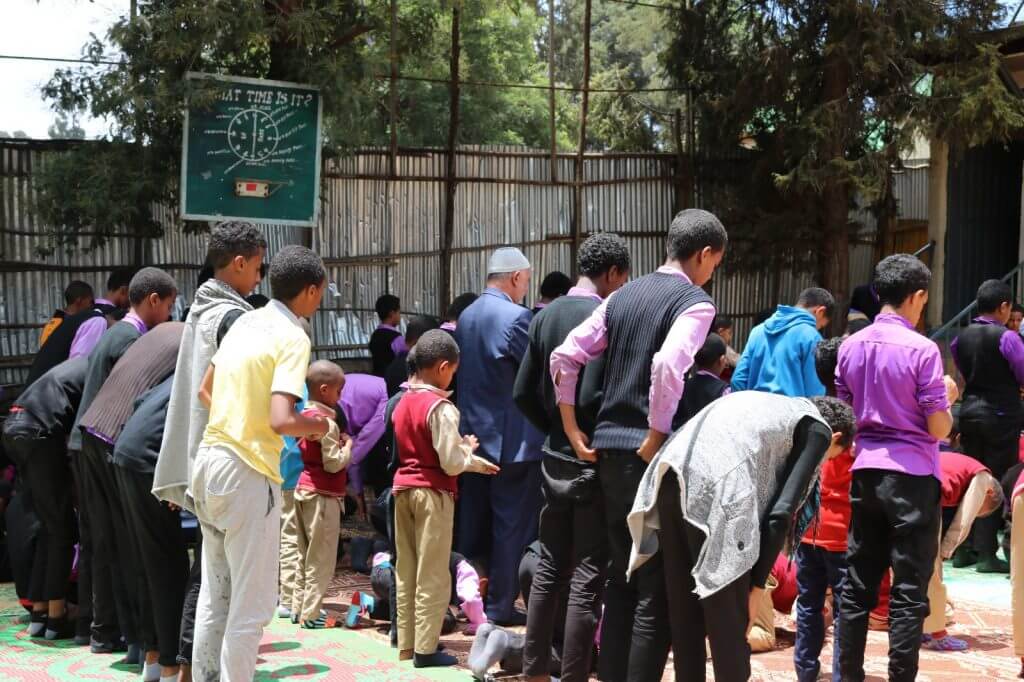 The best part was praying Zuhr with the kids, the imam being a student as well followed by zikr and dua together by all students. There is only one ground and after the prayer and during lunch break, the Musallah turns into a volleyball court. For Juma, we decided to offer our prayer at the first mosque built in Addis Ababa, the Wali Mohammad Mosque, not far from CBD and our hotel in the city. 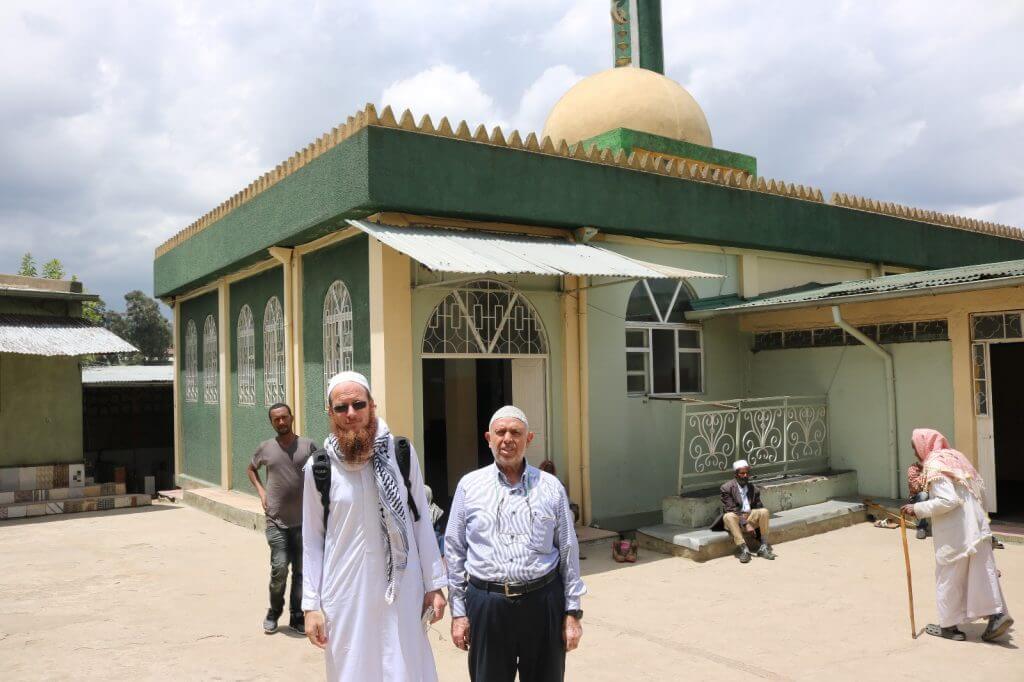 Since Ethiopia was a Christian country, they were reluctant to allow mosque being built in Addis Ababa. An Indian architect/builder Wali Mohammad was employed to construct a number of buildings in the capital by the king about 100 years ago and he requested to build a small mosque that the king allowed.

It is a small mosque but nice and clean. The second very large mosque Marketa/Anwar Mosque in Addis Ababa was built by the Italians to secure Muslim support for their short occupation of Ethiopia. All mosque areattended by women in large numbers in Ethiopia but with seperate sections and seperate entry. Womens entry side of the mosque.

There were more than 100 women for Juma and they mobbed Mehar insisting to take her for lunch to their homes. 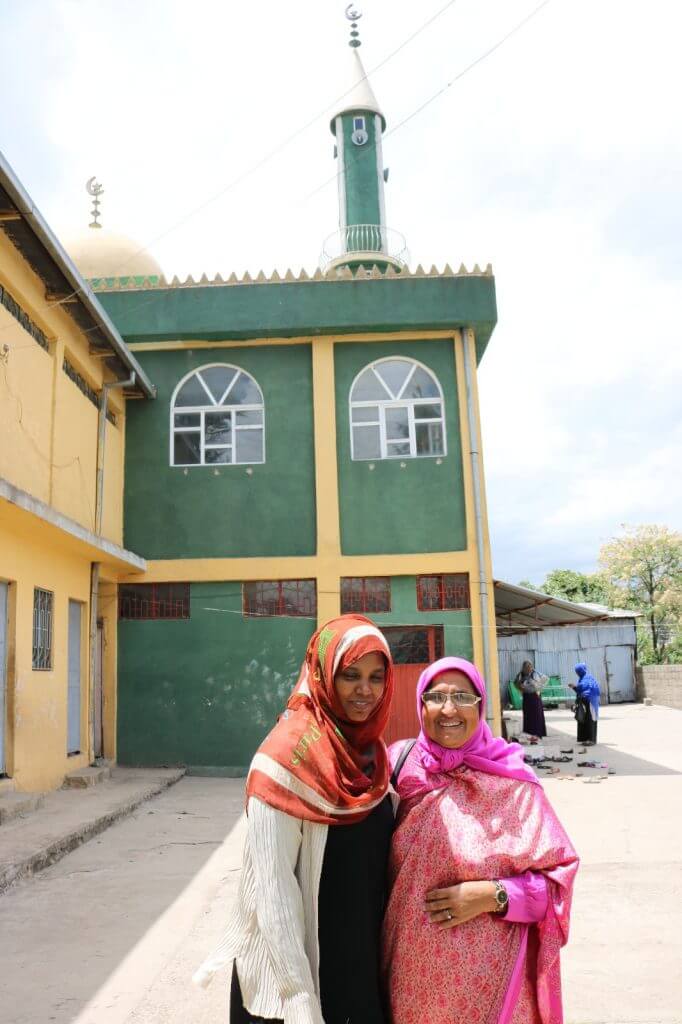 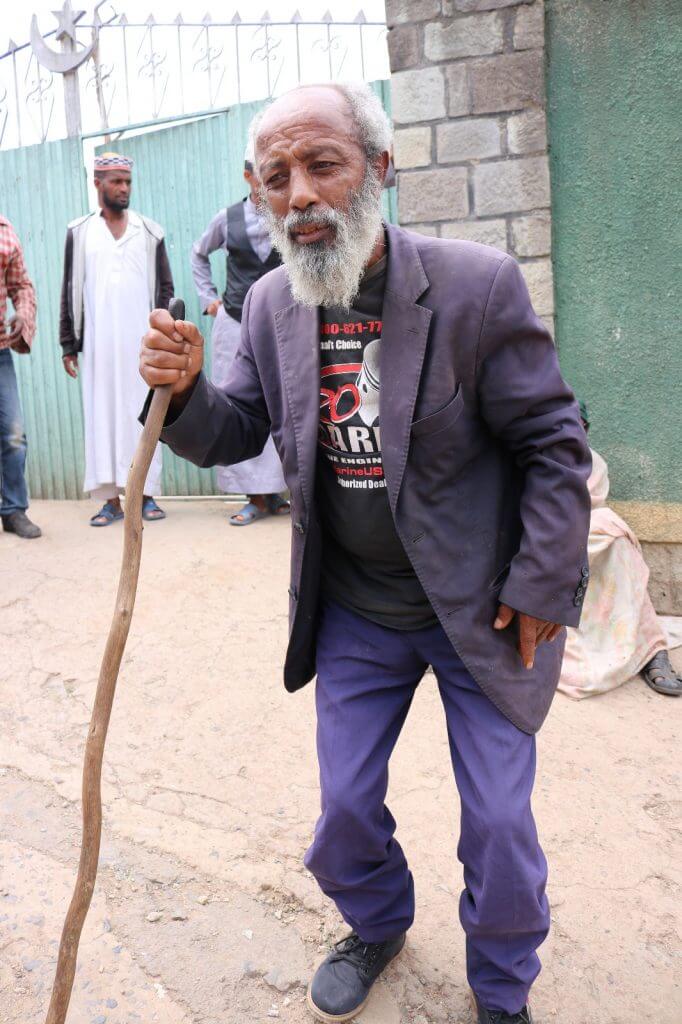 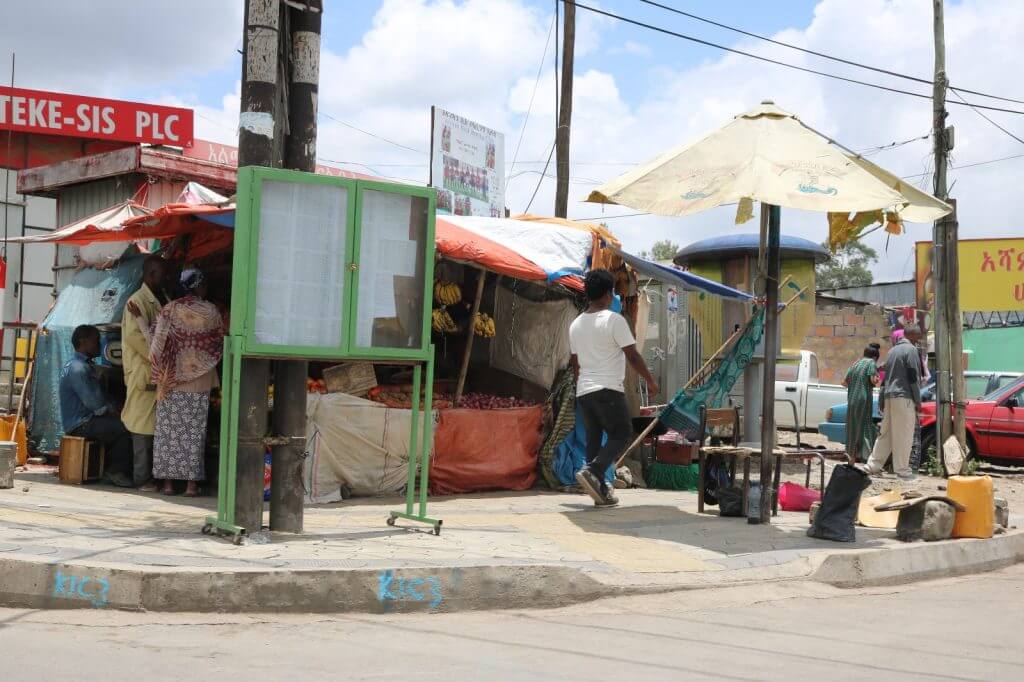 The mosque is in the surroundings of an impoversished area. Reminded me of Anwayan in India.

Read more about Merwa Academy and help this school’s crowdfunding campaign especially during the last 10 days of Ramadan: