Last Harmony Day on Thursday 21 March, Geelong was host to a wonderful Q&A panel of young leaders hosted by The Project’s Hamish Macdonald.  The event titled Your Choice Our Future Youth panel was organized by the Forum on Australia’s Islamic Relations, FAIR as a part of a unique project aimed at strengthening our social cohesion in regional areas.

The panel consisted of five outstanding young leaders, who are at the cusp of their leadership development:   Kareem El-Ansary, who has just embarked on his role as UN youth ambassador; Yong Deng a young pharmacist, who came to Australia as a refugee and is now the Vice President of South Sudanese Australian Youth United; Sara Mansour, a lawyer, spoken word poet and co-founder of Bankstown Poetry Slam; Jemma Ryan, Geelong Advertiser Magazines and Lifestyle editor and, Tina Hosseini, Commissioner for the Victorian Multicultural Commission.

This highly accomplished group were full of intelligent, thoughtful and though-provoking ideas and comments, as 170 students from schools in the broader Geelong region picked their brains.

The event organiser, Kuranda Seyit said, “Our youth have so much to contribute to the general discussion, in many respects, their perspectives are more relevant than the older generations, who generally are in roles of power and influence and many of our political leaders are out of touch with the community. The young leaders spoke eloquently and shared their insights. The young audience were very engaged and had a lot of questions to ask.”

The Q&A panel covered an array of issues. Hamish began proceedings with the Christchurch massacre, still raw in the minds of many of the audience.   The first question came from student Josh Meehan from St Joseph’s college, asking about how we can help those in the community who are new to Australia after what happened in Christchurch? Sara Mansour kicked off the discussion. She said “It was so close to home…we all need to be spurred to action, it stems from fear of the unknown and we can breakdown that fear through capacity building and activism, I do it through my art, artivism.”

“It was important to speak out against Fraser Anning’s comments, we can’t remain quiet because all it does is spread hate.” She continued.

“When our leaders make inflammatory statements it is very difficult, but we can estimate what we can do as young people and as a community, we can call out the wrong things and help others understand more about different viewpoints, we can access social media and have a voice, sign a petition, go to a rally, write a letter to your local MP and express your dismay at these comments.”

Sher Leh from Kardinia International College asked, “How can we empower young people so they have a say in our future?”

Jemma Ryan said, I’m in favour of lowering the age for voting, young people have a role to play.”

Yong Deng said “There are lot of young people who are very smart and have a lot to say, so we need to mentor them and teach them the experiences that prepare them to be ready to vote.”

Events like this are just ‘gold’ and we hope that there will be more opportunities in the near future. 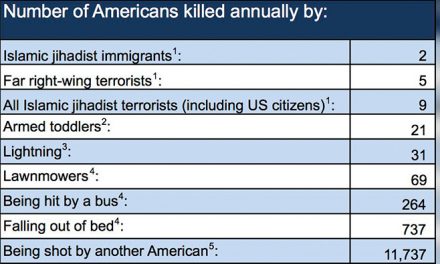