This is an adapted version of the Sermon delivered on Friday 29 March 2019 by Sheikh Mohammad Amir at Hagley Park, Christchurch, New Zealand.

New Zealand is known as one of the most peaceful and safest countries in the world, a record the country prides itself in its reputation for being a tolerant multicultural society.

However on Friday 15 March 2019 that record shattered in a spectacular fashion. A gunman walked into Masjid Al-Nur adjacent to Hagley Park in the garden city, as it is known, and began shooting indiscriminately, he went from room to room and shot as many as he could find.

After he completed his massacre, he left Masjid Al-Nur and drove to the nearby mosque in Linwood where he continued with this heinous act. The end result was fifty dead and as many injured, many critically.

It has since been established that he belongs to the far-right white supremacist movement which has become an international threat, elements of which also exist in New Zealand.

To its credit New Zealand responded quickly and effectively. The government took steps which hit the white supremacists and racists where it hurts most.

This act was called “Terrorism”, Muslims were embraced, the Prime Minister herself donned a headscarf which is arguably the most manifest symbol of Islam and Muslim migrants in these lands.

Moreover, the subsequent parliamentary session began with the recitation by an Imam and the following Friday Jumu’ah prayer was held in the open in Hagley Park attended by a large crowd and observed by the entire nation.

Azan (call to prayers) echoed under the open skies in Christchurch city. The government directed its state-owned radio and television to broadcast the Friday prayers comprising of the azan (call to prayers), the khutbah (sermon), and the salah (prayer), live to the entire nation.

These steps were the exact opposite of what the white supremacists and other racists wanted. As a result, these steps have catapulted New Zealand’s reputation and popularity to unprecedented heights among Muslims and other sound-minded people around the world. It has changed New Zealand forever.

In the wake of this tragedy, the Muslims have been embraced, bridges have been built, conversations have begun, steps are now being taken to right any wrongs and address any issues for minority communities.

The ugly head of Islamophobia has been exposed like never before. Even some sectors of the news media seem to have finally come to understand the seriousness of the consequences of associating Islam and Muslims with terrorism and hatred for decades.

For the Muslims, the spiritual aspect has emanated, the values of patience and prayers are being realised. The blood of the martyrs has proved to be a potent agent of unprecedented and positive change for the entire nation, in fact, it has presented an opportunity for the entire world to reflect and come clean on racism and Islamophobia.

Our hope is that this awakening and realisation will extend to understanding the root causes of troubled hot spots around the world where Muslims are involved in conflicts and where they are being oppressed. The litmus test of this awakening will be a just stance and sound judgement without prejudice.

Allah The Almighty has created mankind for a specific purpose; and in order to educate and guide us He has sent prophets and Messengers throughout history. Our beloved Prophet Muhammad (s) was the last Prophet and Messenger of Allah and his guidance will continue to the end of time.

Allah The Almighty has encouraged humanity to read and ponder so that we can gain understanding. Unfortunately, throughout history we hear of and see individuals committing heedless acts of terror and crime directly due to their lack of knowledge and understanding.

It is this ignorance which plants the seeds of hatred within their hearts and minds. If only they were to be open and receptive to a religion of Peace and people of Faith, these very haters would become respected and accepted in this religion of salvation, many examples of which are found in our books.

This tragic incident did not harm Muslims in New Zealand alone but rather, it harmed the whole of humanity regardless of faith or religion. The families of the victims and the wonderful people of this nation should be assured that the blood of your martyrs has not gone in vain. This will water the seeds of positive change around the world.

The New Zealand government has opened its arms to welcome the many Muslims into this country, and the New Zealand Muslim people in return opened their hearts to the people of this beautiful country.

Muslims are a part of the fabric of New Zealand and will continue to be part of this fabric. Muslims began migrating to New Zealand from as early as the 1850s. We have helped to build this country for the better. We don’t want to be feared nor will we fear. We will stand against Islamophobia and all forms of racial intolerance together.

For those who fear Islam and Muslims, we say to them come and visit us at our Mosques, come and join us, not just today but every day at every mosque around the world. A mosque is a place of contemplation and prayers; its doors are open for all people no matter what your background, religion or colour of your skin.

“O mankind, indeed we have created you from male and female and made you peoples and tribes that you may know one another. Indeed, the most noble of you in the sight of Allah is the most righteous of you. Indeed, Allah is knowing and acquainted.”

On Friday following the massacre, our Prime Minister quoted a statement made by our Prophet Mohammad Peace Be Upon Him saying:

“The believers in their mutual kindness, compassion and sympathy are just like one body. When one of the limbs suffers, the whole body responds to it with wakefulness and fever”. [Al-Bukhari and Muslim].

We have truly seen this prophetic saying in the people of New Zealand, the Government and our Prime Minister. We have also experienced and seen an overwhelming support and solidarity from many wonderful people from all around the world.

The response to this tragedy from the New Zealand Prime Minister, her Government, and the public have been outstanding and worthy of being followed by all world leaders and all people around the world.

We, the Muslims of New Zealand, are proud of the actions taken, and hold our heads high in being part of a country and a community that cares and loves. A people prepared to stand up and say ‘No’ to any form of hatred, racism and acts of terror.

Today we call upon the global leaders and governments abroad to also stand firm against racism, hate speech, and the rise of right-wing extremism. This is a must to protect this world from any further acts of terror. The true weapons of terror are hatred, racism, religious-extremism and right-wing extremism. Such ideologies must be dealt with immediately and dealt with on a global scale.

Furthermore, it is important to mention that this act of terror was aimed at dividing the people of New Zealand but instead, we have seen that the nation of New Zealand has become more united and is now stronger than ever.

This terrorist attack has united the world and brought us together, it has sent a strong message to those who are fuelled with hate and intolerance that we will stay defiant and we will never ever be divided.

The Christchurch massacre has awakened the entire world to the fact that terrorism doesn’t belong to any religion, race or colour and that all religions, all races and all nations must be united on one front against terrorism and must not stereotype the crime of an individual to others. We do not put blame on the entire nation due to the act of one terrorist. The Muslim community has been a victim of this type of stereotyping and this must come to end.

Lastly Islam teaches us the importance of unity and love. Allah the Almighty says in the Holy Quran:

“For indeed we sent you O Muhammad as a Mercy to the whole of mankind”.

Today, my brothers and sisters, we stand in solidarity, united with the people of New Zealand, the global leaders and the people of the world. We stand united against any form of hatred and racism towards anyone, from any background, any religion or faith and any skin colour.

Today, let us send a strong message that we will never be divided in our efforts for the greater good of all people. 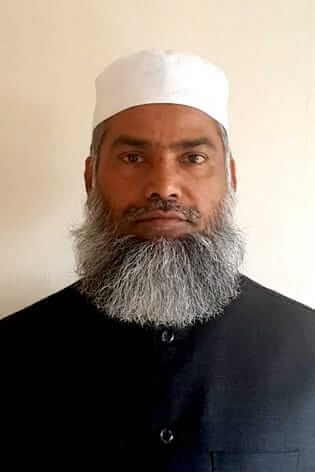 Sultan Selim and the making of the modern world