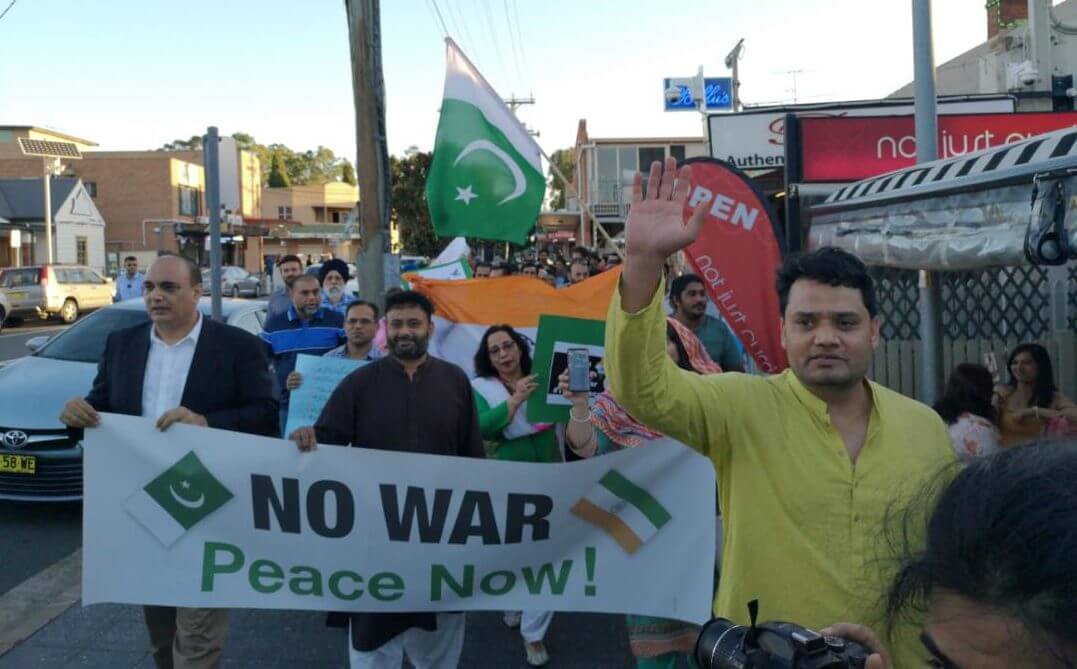 This was in contrast to the protests held last month with the anti-Pakistan hysteria of hate fuelled by the Indian media channels following the latest round of violence in Kashmir.

Mr Ejaz Khan, one of the organisers stressed that the Australian community wanted peace in the Indian subcontinent. The theme to maintain peace between the two countries was echoed during the speeches by a number of speakers from both communities including Ms Shafaq Jaffery, Mr Rana Abbas, Mr Varinder Parwan, Mr Mukesh Sapra and Mr Youvi Gaba. The peace march was organised in order to de-escalate tensions between the two nuclear-armed nations following violence in Kashmir valley  with the killing of 42 Indian security forces on Thursday 14 February by a young Kashmiri suicide bomber followed by gun battles between Kashmiri militants and the Indian military resulting in the killing of several militants, police and military officers as well as civilians. 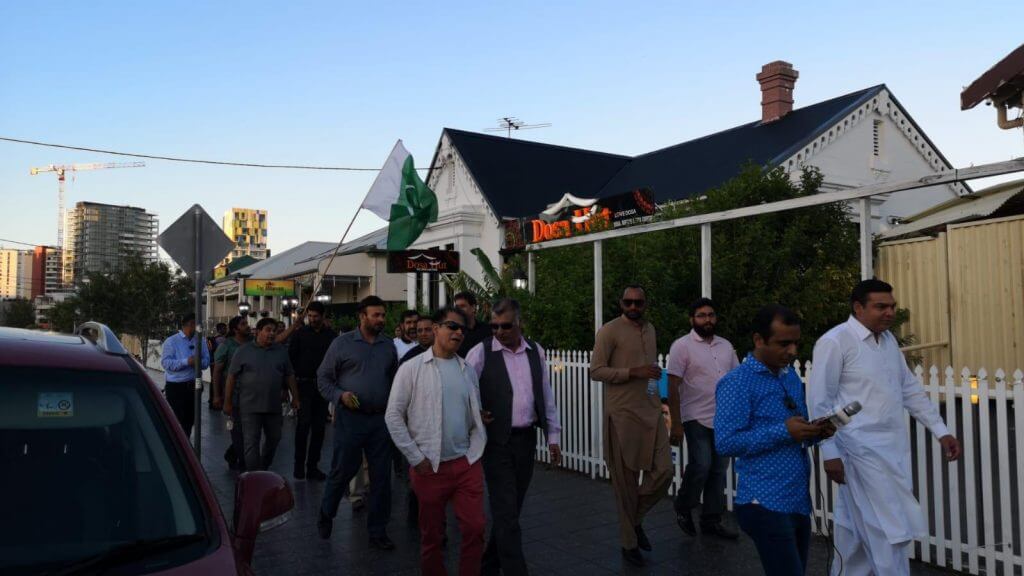 Kashmiris, who have been calling for self-determination as promised by UNO and agreed upon by both India and Pakistan, have been caught in a vicious cycle of violence perpetrated by militant separatists and oppression by the Indian military with killings, disappearances and human rights abuses on an ongoing basis for decades.

Towards the end of February, the police made night time raids, arresting more than 300 people, mainly leaders and activists of Jamaat-e-Islami Jammu & Kashmir, a peaceful civil society organisation calling for the self-determination for Kashmiris and earlier this month banned the organisation for five years closing down its schools and sealing the homes of its top leaders. Following the suicide bombing, mass hysteria of outrage had gripped the Indian population following hate speeches by the Hindutva brigade comprising of Hindu right-wing leaders including the ruling BJP led by PM Modi publicised by the mainstream media as well as social media against Kashmiris and Pakistan.

India had claimed that it destroyed training camps and killed a large number of militants under raining in Balakot region of Pakistan on 27 February. However, according to the Reuters news agency, satellite images showed no sign of damage and a religious school  in northeastern Pakistan still standing days after India claimed warplanes destroyed it and killed a large number of fighters there. A cropped version of a satellite image shows a close-up of a madrasa near Balakot. Picture taken on March 4, 2019

The government of Pakistan has now passed a regulation authorising the seizure of assets of armed groups that have been sanctioned by the United Nations and also enlisted under Pakistani domestic anti-terrorism laws.

Meanwhile, in a swift move, Fayyazul Hassan Chohan, information minister in Punjab was forced to resign after facing backlash for making derogatory remarks against the country’s Hindu community in the wake of heightened tensions between Pakistan and India over Kashmir.

The peace gesture shown by Pakistan by releasing an Indian pilot seem to have de-escalated tensions between the two countries and the relationship is returning to normal.

However the fear remains that due to the ongoing violence in Kashmir and upcoming federal elections due in May, political opportunists can inflame the situation again anytime soon on the subcontinent.