The inaugural ceremony for the United Subcontinental Languages Schools of New South Wales (USL Schools of NSW) was held on Saturday 2 March 2019 in Auburn, Western Sydney.

The event included the launch of the Urdu Learning Program that has been a mission for USL Schools of NSW for the last 6 months which was accomplished in a grand manner. The response from the local Urdu speaking community was overwhelming and very supportive. Addressing the audience, Mr N Ali Khan stressed a quote from Nelson Mandela that if you speak to a man in his own language, it goes to his heart. He asked, if we do not learn our mother tongue, then how are we able to connect to our parents and our Grandparents heart? How are we going to connect with our heritage, our culture and keep our identity alive?

He also asked parents to introduce our language at a early stage to children and encouraged parents to speak mother tongue at home.

Mr Khan thanked all the dignitaries for attending this event and sending an important message to our community. He also thanked his team (Mr Naveed Mohammed, Mr Jamsheed Ahmed, Mrs Hafsa Fatima Khan, Ms Nadia Butt and Mr Ernest Kulauzovic), all teachers and volunteers for making this dream into reality and thanked all participants for attending and showing their immense support. The event was hosted by Mr Ernest Kulauzovic (Education Cordinator) USL Schools of NSW, who made the event alive and going and was attended by around 120 people, at Auburn Centre for Community, Macquarie Road, Auburn NSW. This event had overwhelming response from community and the seats were booked out in less than a week. The Urdu classes are held at 2 locations, i.e  Auburn and Lakemba and will take place every Saturday between 11:00am – 1:00pm during NSW Public School calendar term. USL Schools of NSW is approved and member of NSWFCLS. The syllabus guidelines are provided by Department of Education. 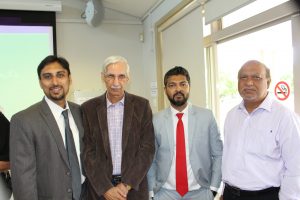 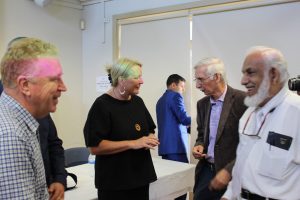 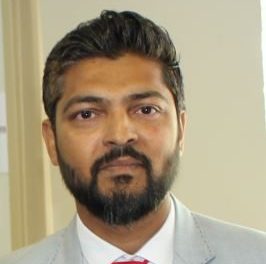