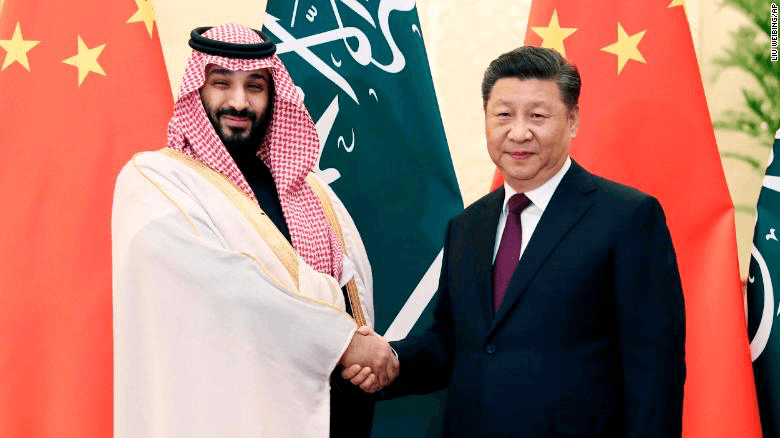 The Crown Prince of Saudi Arabia, Mohammad bin Salman known as MBS, having been shunned from the West due to the Khashoggi affair, made a move towards the East in the second half of February visiting Pakistan, India and China with his large entourage.

In order to restore his international reputation, he signed off tens of billions of dollars in the three countries he visited, receiving a hero’s welcome without challenging the socio-political status quo in the region.

In China, MBS who is considered to be the custodian of the two holy places in Makkah and Madinah did not challenge China for its persecution of Muslims in the province of Xinjiang.

In fact, he justified Chinese de-Islamisation of  more than a million of Uighurs in concentration camps by saying  “China has the right to take anti-terrorism and de-extremism measures to safeguard national security.” 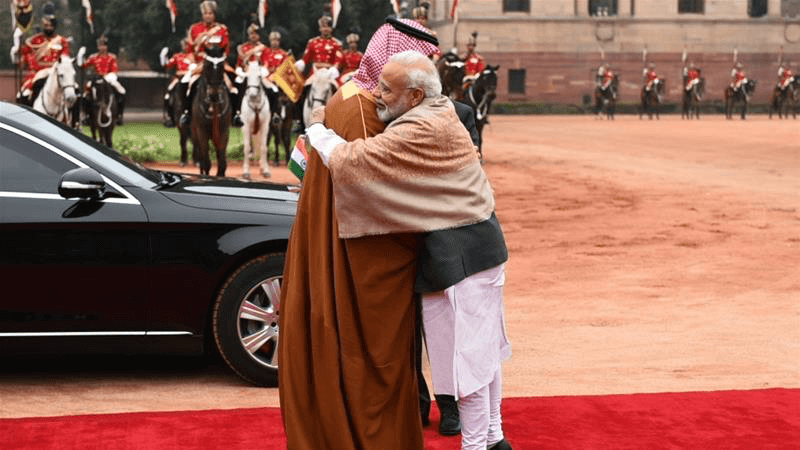 In India, he was warmly received and hugged by PM Modi at the airport signing off $100 billions of potential deals, while attacks on the Muslim minority in the country have become a major election issue.

After Khashoggi’s killing, Western business leaders  boycotted an investment conference in Saudi Arabia, nicknamed “Davos in the Desert.” Pakistan Prime Minister, Imran Khan was one of the few state leaders who attended and was willing to have his picture taken with MBS. Soon after, Saudi Arabia gave Pakistan a $6 billion bailout to ease its economic woes, cementing the friendship. 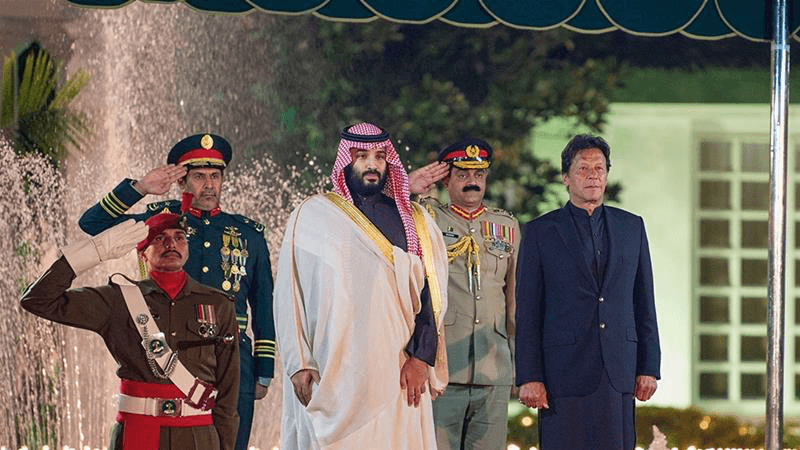 Imran Khan, a proud Pathan, he may be, had to bow down for his impoverished country to seek funds from the Arab Sheikhs in order to survive economically. The MBS visit to Pakistan earned the country another $20 billions in investment funding.

On the first day of his visit to Pakistan, MBS was given a red carpet welcome in Islamabad, with Prime Minister Imran Khan receiving him at an airbase and personally driving him into the city.

On the second day, MBS met Pakistani President Arif Alvi in the capital Islamabad, where he was awarded the Nishan-e-Pakistan (Order of Pakistan), its highest civilian award at a formal ceremony.

Time will tell if MBS has been able to restore his damaged international reputation after the Khashoggi affair, but indeed he is trying his best.

But he has been widely condemned by all sections of the Ummah for his support of the Chinese persecution of Muslims in “deradicalisation” or rather “de-Islamisation” camps which are reported to house 1-3 million Uighur Muslims.