Meet Wajib Ali, a 36-Year-old successful young businessman, a visionary educationist in Australia and the newly elected MLA in the state of Rajasthan, India.

It is a rare sight in India that youngsters are equally dedicated to business and politics at the same time. India has seen several young politicians who run their businesses as well, but most of them are from well established political families.

Wajib Ali is different. He completed his studies in India, went abroad for higher studies, set up his business currently running eight colleges and a school in Australia and returned home to succeed in politics as well. Yes, the newly elected BSP MLA from Nagar constituency in Rajasthan has a simple story to tell.

Wajib Ali returned to India in 2013 in order to contest in elections. He lost the election back then, but, just five years later he defeated his BJP rival Anita Singh by 26,786 votes during the state election held last week. Wajib Ali with his two brothers Intaj (L) and Sartaj Khan(R) who are also a successful Businessmen in Australia. Elder brother Intaj Khan is also a councillor for Wyndham City (VIC).

During an interview given to Okhla times.com, Wajib Ali shared his journey into politics. When asked the reason to contest elections, Wajib replied that he wanted to do something for his area by representing Nagar in the house of representatives.

Wajib was educated at Jamia school in 1996 in moved to Australia in 2005 in order to peruse higher education and start his business in education and real estate in this country.

Wajib represents the area of Mewat, Nagar where health and education and issues of concern to the electorate. Wajib future plan and priorities are to improve the level of education and better health system by injecting skills in his constituency.

On being asked as to what prompted him to leave his comfortable life in Australia to contest elections in India, Wajib said, “You should have the ability to make a difference in peoples lives. That is one of the reasons why I went to the elections. Now, I have got a good voice, I can go to any house and raise the issues which people in my area are facing.” 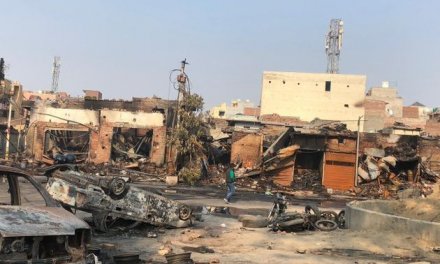