Dear Prime Minister, Sky News Australia (at night, at least) and Newscorp columnists. My name is Muslim. I am the leader of the Muslim community. Welcome to this event.

Before I start, I want to reassure you all that we Muslims are opposed to all forms of terrorism. We wish to apologise for any terrorism done in the name of Islam. When a Muslim commits terrorism, it is always inspired by Islam. We are so lucky that we do not have mental illness in our community. This is what makes us so moderate.

I have had my children undergo a deradicalization program. As I live in Sydney and my daughter is doing her Higher School Certificate, I have insisted that apart from Physics and Chemistry, she must also do 4-Unit Western Civilisation. I have forbidden her to study Ancient History in case she is exposed to the Egyptian goddess Isis.

I have ordered the Somali people in my community, especially those living in Melbourne, not to join any gangs. Turkish kebab shop owners have been complaining to me that they are losing customers who are too scared to gobble down halal snack packs in case they are accosted by gangs. I have also ordered all Somali elders to stop eating sweets and drinking coffee at their favourite Italian coffee shops even if these places remind them of life in Mogadishu before the civil war started.

Also, I have ordered ophthalmologists to install extra eyes around the heads of our imams, like those little spiders you see on David Attenborough documentaries. Imams must watch each and every part of their mosque congregation for signs of terrorism, extremism, fundamentalism, radicalism, Islamism, Islamofascism and Irfanyusufism.

Our resident token Muslim comedian Nazeem Hussain has been ordered by me to cease and desist from making jokes about white people in case this offends the wife of his lookalike Waleed Aly, not to mention Ed Husic. As your colleagues in the Senate recently made clear, it is perfectly acceptable, indeed desirable, to be white.

I have also issued a fatwa (no, not a death sentence on this occasion) that no Muslim woman in this country is to wear a burka. Unless, of course, if she has fiery red hair and sits in the Senate. I have received assurances from Dr Mehreen Faruqi that she won’t be applying henna to her hair anytime soon.

As leader of the most moderate Muslim community in the universe, I assure you Muslims are all in favour of Australian values. These values include equality for women.

For that reason, on behalf of all Muslim men, I have chastised Dr Anne Aly for daring to claim that female domestic violence victims need protection as much as terrorist victims do. All victims of violence are equal but some are more equal than others.

We are one united monolithic community at your service. Your ComCar is waiting to transport you to the Saudi embassy. God bless oil and other fossil fuels! 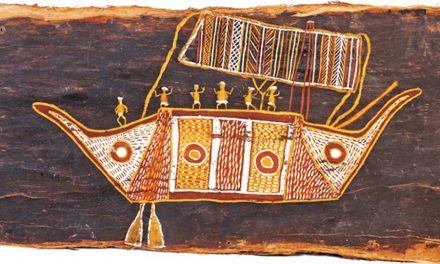