AMUST Multimedia journalist, Yusra Hadi won the Photo of the Year award while AMUST Managing Editor Mobinah Ahmad was recognised as a finalist in Young Journalist of the Year category.

Yusra’s winning photo depicts a Muslim woman holding up a Walk for #Respect, Keep 18C sign during a march by thousands of people from Haldon Street to Perry Park, Lakemba on Friday  31 March 2017  in a show of respect for all and community harmony against hate speech and bigotry.

Later in that week, Multicultural Australia celebrated the rejection of proposed changes to Section 18C of the Racial Discrimination Act by the Senate.

Mobinah Ahmad, finalist as Young Journalist of the Year has been actively involved in multicultural and interfaith communities across Australia for the past 15 years. As AMUST Multimedia Journalist, Mobinah is responsible for the Lifestyle, Social and Community News sections of the news platform. The film depicts Sayed Hussainizada as school captain in Year 12 on the verge of following his dreams, and is framed around and the everyday struggles he faced in adapting to a new country and culture, including bullying, harassment, and racism. SBS Arabic24 won the Best News Report that covered the story of Sami, an asylum seeker who was detained for five years in Nauru. SBS Arabic24 had exclusive insight into the conditions of the detention centre through video and pictures sent from Sami. SBS Arabic24 followed Sami’s journey from Nauru to Port Moresby in PNG, then back to his country of origin Iraq.

Reports on powerful personal journeys of refugees and a comprehensive marketing campaign for multicultural carers were among the winning entries.

“I congratulate tonight’s nominees and winners for demonstrating excellence in multicultural communications across media and marketing,” Ms Berejiklian said.

“Multicultural communicators ensure everyone has access to information about services and opportunities to participate fully in our society.”

“Communicating the successes of our multicultural society and identity is core to the success of our harmonious and socially cohesive State.”

Mr Williams said the winners and finalists demonstrated the importance of a thriving multicultural communications sector.

“Multicultural communications is an essential component of any brand and business today,” Mr Williams said.

“These awards set the benchmark of excellence for media and marketing professionals not only in NSW, but across the country.” The winning photo by Yusra Hadi. 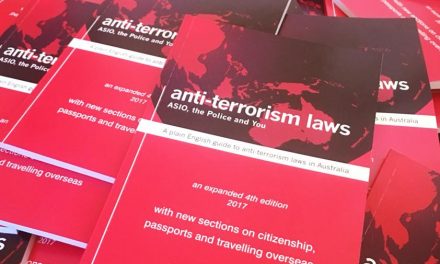 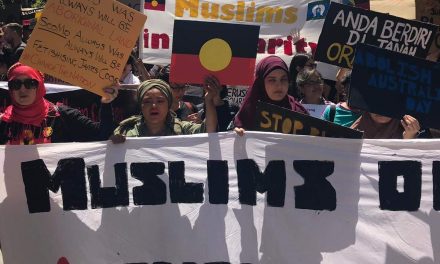