The gruesome murder of journalist Jamal Khashoggi, details of which yet to be told in full, attempted cover-ups with shocking incompetence by the Saudi regime, and a belated decision to investigate the ‘heinous crime’ internally and that too after several weeks of international pressure, has removed even the little respect that the kingdom had within the civilized world.

Being the world’s largest oil producer, a resource still vital to the survival of our industrial civilization, as an unchallenged Islamic religious leader with petrodollar largesse and as a voracious market for US and Western-made weapons and luxuries, the desert kingdom is strategically placed within the UN family of nations.

While Saudi Arabia is an ‘eternal friend’ of the US and a long-term ally of the West, it is also, by holding control over the two holiest mosques in Islam, the centres of Muslim annual pilgrimage, is a country that cannot be openly antagonised by any Muslim nation.

Yet, the Saudi political structure, its tribal governance, legal system and religious ideology have become a source of embarrassment to its friends, and criticism and condemnation to enemies.  In the current World Order, that country is an enigma.

From the point of view of Muslims living outside Saudi Arabia, there are at least three issues that cause great discomfort, embarrassment and at times, even anger.

Firstly, a country that arrests, incarcerates and beheads dissenters declares the Holy Quran as its constitution. Everywhere and at all times constitutions are human creations and are subject to amendments, abrogation and arbitration. Can the Quran be subjected to any of these? Why then this country puts Allah on the dock? How can Muslims tolerate this absurdity?

Late in the 1990s, the organizers of the world soccer cup quite innocently decided to print the flags of all participating countries on the leather of the ball. Obviously, a soccer ball is meant to be kicked. What a shock it was when Muslims saw the kalima being kicked around physically.

It was the organised protest from Muslim quarters that made the organizers withdraw the ball.  This can happen again during anti-Saudi protests outside the country when protesters burn and vandalise the Saudi flag. Does the ummah of the Prophet (s) deserve this?

Thirdly, by holding sovereignty over Mecca and Medina the Saudi regime is able to politically determine who can and cannot perform the Hajj. This is arrogant interference in Allah’s command.

It is appropriate to make the precincts of hajj independent of Saudi sovereignty and transfer the responsibility of managing the hajj to a consortium of Muslim countries. If the OIC can act on this it would be a great service to Islam and Muslims.

There are several other issues regarding the internal politics and governance of Saudi, which are matters entirely for Saudi citizens to settle. 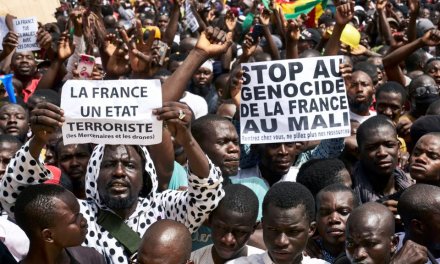 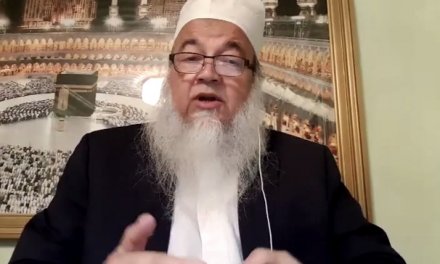