Based in Sydney and Dubai, Peter Gould is a celebrated designer and creative entrepreneur who is globally recognised for positive, inspirational projects.

One of his recent projects is Salam Sisters; a range of dolls to inspire the next generation of young Muslim girls. Launched earlier this year in the UK, USA, Indonesia, France, Saudi, and Australia, Salam Sisters has attracted international media attention from HuffPost, Buzzfeed, NowThis, ABC, Inc Arabia, and more.

There has also been incredible support from Muslims everywhere sharing messages such as, “jazakallah kheir for designing such beautiful dolls that truly represent us! As Muslims and an ethnically diverse community. Love them!” “As a Muslim parent, and speaking with other Muslim parents, it became clear that there were no dolls sharing messages of empowerment and inspiration that were also inclusive and authentically connected with elements of the Muslim experience; while remaining super cool and fun,” Peter explained.

The Salam Sisters are available for purchase in Australia from au.zileej.com – and are selling out fast, don’t miss out!

Alongside Salam Sisters, Peter and his creative team at Studio Zileej welcome the opportunity to work with local brands and organisations who seek to improve their brand or project with design.

Studio Zileej has worked with MAA, Immigration Museum, Westfield, and other Australian brands to help strengthen their presence and launch new projects. Get in touch with Studio Zileej to see how your idea can be brought to life through a design-driven process, check out studio.zileej.com

“Our vision at Studio Zileej is to help set new standards in design-driven branding for Muslim audiences, that will connect with and service a new generation,” Peter concluded. Subhi Bora is the Creative Team Director at Zileej a design company that develops original brands and experiences to enable a more inclusive and representative future. 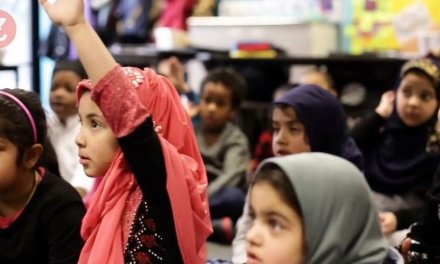 Need for foster care in the Muslim community