In the post-9/11 “War on Terror” era “radicalisation” has been linked to Islam and Muslims and, therefore, inevitably has been rendered an Islamic and a Muslim phenomenon.

As such, “radicalisation” has found a rather generous fame in the field of countering violent extremism, particularly among policy-makers, politicians, journalists, and academics.

Even in the public discourse the concept of radicalisation is often passionately debated.

Radicalisation and various theories about it relating to the processes and causes have become a critical analytical tool for understanding issues of “home-grown” violent extremism particularly in the West (Amghar 2007; Silber and Bhatt 2007; Slootman and Tillie 2006).

Apparently, the growing problem of narrow-minded extremist ideas and actions, especially among young Muslims in Australia and other countries of the West is being understood and interpreted through the popular discourse of radicalisation.

Popular because radicalisation is generally defined, at least in theory, as a process through which an individual is gradually socialised into “extreme” ideas and stance which potentially paves way for political action often of a destructive or violent nature.

Radicalisation in this sense poses a great threat to national security and, gives the authorities, therefore, an opportunity to identify and deal with the perpetrators.

No doubt Muslim radicalisation takes place in society and warrants preventative and protective strategies. There are some Muslims who have a very superficial understanding of their religion and who are susceptible to extreme views and ideas promoted and promulgated by a select few overzealous ill-informed manipulative sheikhs and imams. Their risk management may be necessary.

However, what is not warranted are strategies that are poorly, impetuously, and expediently developed and consequently, instead of targeting the perpetrators, targets Muslims in general.

One of the serious consequences of this is that Muslims end up experiencing enhanced discrimination and marginalisation through an imposition of a complex web of social, cultural, economic, and political barriers in their everyday living.

Muslim net experience, particularly in relation to their participation in social processes, becomes a socio-spatial challenge and an experience of Islamophobia.

In the last decade, terrorism-related global events have brought an intense focus on the phenomenon of Muslim radicalism.

Irresponsible media reports about terrorism and Muslim radicalisation and cavalier and imprudent government response in the form of hastily development strategies (ie policies and legislative reform) to address Muslim radicalisation have intensified Muslim experience of Islamophobia in Australia.

No doubt there is an under-representation of Muslims in major institutions and key processes in Australian society (Akbarzadeh, 2013).

A considerably low level of Muslim participation, it seems, is linked to social and cultural norms and that when the norms and/or values of Muslims do not align with those of the mainstream population then there is a withdrawal from participation (Wise and Ali, 2008).

Why this occurs is probably due to a number of “exclusionary” factors and processes prominent among which is Islamophobia involving treating Muslims and their faith differently based on deep-seated prejudices and the fear of the unknown “other”.

Islamophobia acts as a barrier for Muslims in a variety of socio-economic, cultural, and political processes and operates through practices which may be intentional or unintentional, overt or covert, conscious or unconscious and may operate at a variety of levels – individual, institutional, and social.

The literature shows that there is a tangible link between Muslim radicalisation and Islamophobia.

It notes that the media focus on radical political Islam and jihadism, various government policy responses, and the material and social conditions of Australian Muslims potentially leads to the emergence of radicalised Muslims.

The negative media treatment of Muslims and their faith has a strong link with antipathetic government disposition.

Can, then, the emergence of new generation of radicalised Muslims and their appeal to radical political Islam be attributed to the media’s role in the creation of ‘moral panic’ and ‘folk devils’ and at the same time the formulation of draconian anti-terror legislation and austere government measures coupled with the decline in civil liberties and social justice and the obsession with ‘War on Terror’ or ‘home-grown terrorism’?

This can be answered in affirmative as it proves the existence of Islamophobia in mainstream Australian society.

While the experience of Islamophobia generates feelings of harm and disrespect, there are more practical consequences for Australian Muslims, particularly young Muslims who are locally born and who expect their citizenship rights to be honoured.

Patterns of discomfort and fear, distrust and exclusion amongst Australian Muslims emphasise in a general sense that their whole way of life is not only devalued but not to be accommodated.

The pervasive sense of Islamophobia creates for Australian Muslims generally, and young Muslim Australians in particular, discomfort and fear that affects their sense of belonging both to the nation and to their neighbourhoods and spaces of everyday life.

Radical political Islam or Muslim radicalism cannot be understood in isolation from the crisis of society but as an integral component of it. The rising Islamophobia, racialising of Muslims as Other, and incessant draconian and oppressive state measures and policies are aggravated by socio-cultural, economic, and political exclusion which are then further exacerbated by sharp inter-generational differences.

The literature further reveals that the socio-cultural and political discussions centring on identity and belonging combined with the questions of immigration, integration, counter-violent extremism, and securitisation, all contribute to further ‘othering’ Muslims who are already under siege.

For all Muslims, but particularly for young Australian Muslims, Islamophobia exposes them to socio-economic marginalisation and consequently problematises their integration in Australian multiculturalism.

Islamophobia creates, particularly for young Australian Muslims, poor social and economic conditions leaving young them considerable free time which they may utilise unproductively and potentially makes them vulnerable to social ills including exposure to the ideology of radical political Islam. 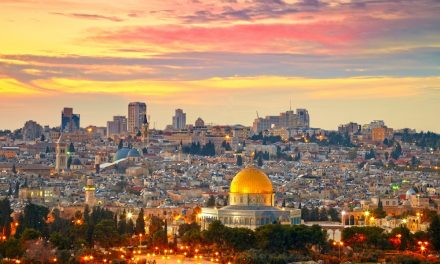 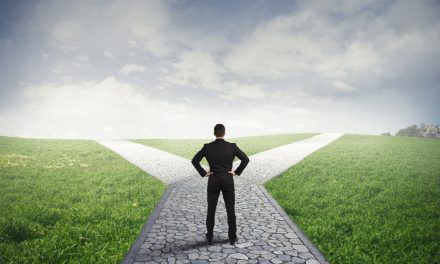