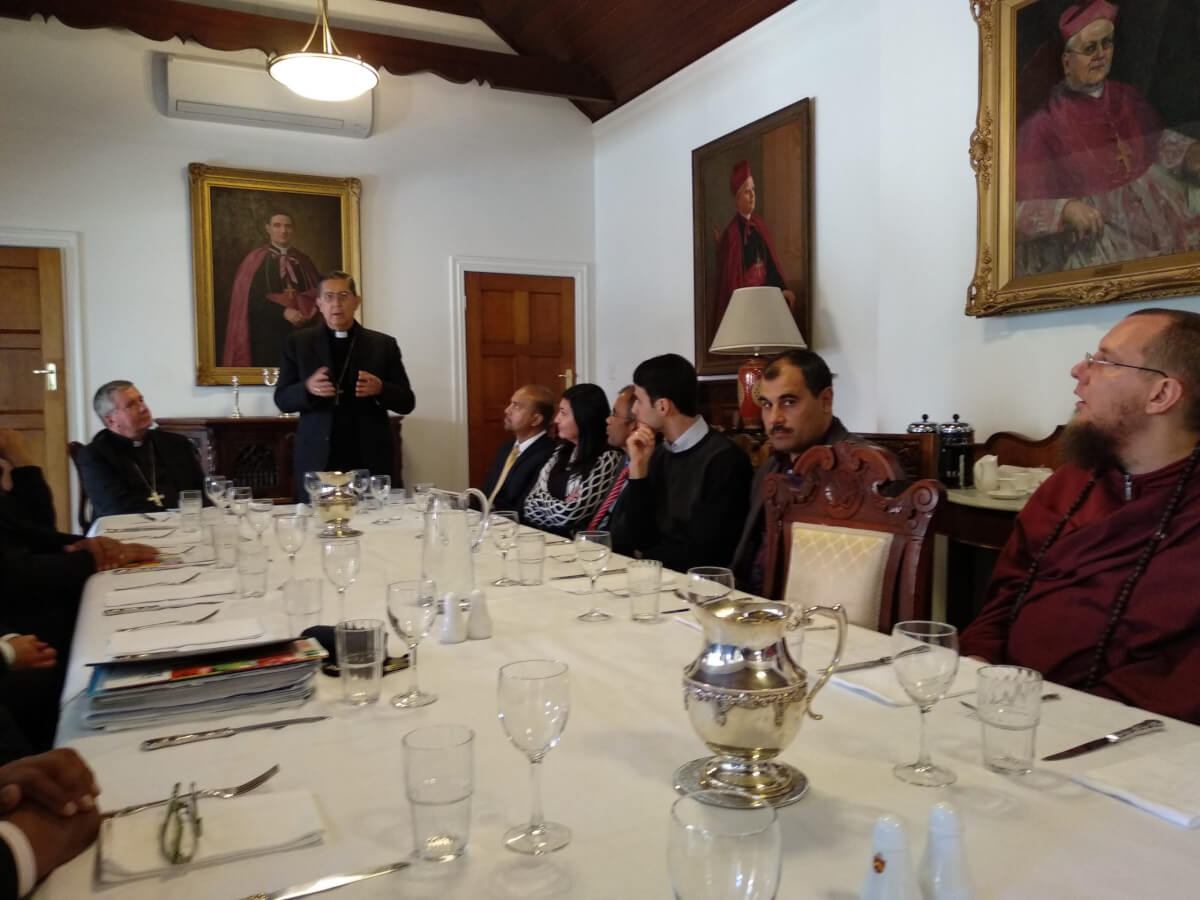 An official delegation from the Vatican visited in September to observe the fruits of dialogue with world religions here in Australia.

As representatives of the Pontifical Council for Interreligious Dialogue (PCID), their main task is to advise Pope Francis on the Catholic Church’s attitudes, teachings, dialogue and initiatives regarding building bridges of peace together.

The Pontifical Council Delegation have explicitly called their visit a “pastoral visit”, to both encourage and learn, and to offer advice from the global Catholic Church on peacemaking through interreligious dialogue and listening.

On Friday 21 September, Canberra’s local religious leaders from the Buddhist, Hindu, Muslim, Jewish and Baha’i communities attended a lunch at the Archbishop’s residence, hosted by Archbishop Christopher Prowse, Catholic Archbishop of Canberra and Goulburn and Chair of the Bishops Commission for Ecumenism and Inter-religious Dialogue.

“We also hope to learn from the global Catholic Church about how we can make that dialogue even more fruitful as a way of peacemaking,” he further added.

Bishop Miguel stressed the need to leverage on the “rich salad” of the world’s religions to better understand each other for encouraging peace and prosperity.