We must stand against racism.

I’m proud to say that that’s exactly what occurred recently in our federal parliament. It was one of the few instances where we’ve seen the parliament come together.

At that time, we condemned the derogatory and offensive statements made by Senator Fraser Anning.

His was a speech belittling our people, dividing our community and, quite frankly, inciting hatred towards fellow Australians.

It was a display of complete ignorance not only towards our Australian Muslims but also to those of the Jewish faith, as it invoked the term ‘final solution’ to fulfill his filthy agenda.

To be an Australian should be dictated not by your religion or your ethnicity but by your love for this country and the contribution you make to our great nation.

I have the honour of representing one of the most multicultural electorates in the whole of Australia and, on behalf of my constituents, I can tell Fraser Anning that his vile comments are not welcome and have no place, certainly not in this parliament. This sort of behaviour should never be tolerated, and we should always condemn it for what it is, and that is pure racism.

What do we hear from his party leader, the Member for Kennedy? No remorse and no apology, just a rambling statement claiming that he backs Senator Anning 1000 percent.

What’s worse is that he claims that 90 percent of Australians do so as well. What next? Burning crosses? Wearing white-hooded gowns? Setting up a parliamentary branch of the Ku Klux Klan?

Unfortunately, people like Senator Hanson and the One Nation party have made a career out of racist ideologies. Now Senator Anning and the Member for Kennedy seem determined to join her in a race to the bottom of Australian politics.

This bigotry and racism must stop. It’s completely un-Australian and has no place here.

We must never be silent when our fellow Australians are subject to such vile behaviour. By remaining silent, we are simply giving credit to those racist views that seek to divide our communities.

The truth is, racism does stop with me. 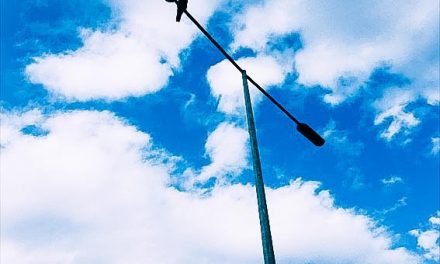