Project Rozana is an Australian-inspired initiative to raise funds to treat critically-ill Palestinian children in Israeli hospitals from centres of conflict.

Launched in 2013 by Hadassah Australia, it was inspired by the remarkable story of a young Palestinian girl, Rozana Abu Ghannam.

After falling from the ninth floor of her family’s apartment near Ramallah, four-year-old Rozana Salawhi sustained life-threatening injuries back in 2012. The quick-thinking of her mother Maysa Abu Ghannam saw Rozana being sent to Hadassah Hospital in Jerusalem, using Israel’s healthcare system, instead of the local Palestinian hospital. There, Rozana survived and her conditions improved.

It was then that the decision to create and fund “opportunities that would reverse the imbalance between the two systems” was made.

All over the world, people from all faiths and political beliefs have embraced Project Rozana, working hand-in-hand with the medical and administrative leadership of Hadassah Hospital and other Israeli healthcare centres.

They provide treatment for critically ill and injured Palestinian children and children from countries of conflict such as Syria and Iraq.

The Australian Board for Project Rozana includes prominent Australians including Professor Dame Marie Bashir, the patron-in-chief who is a mental health professional and former Governor of New South Wales, Dame Quentin Bryce who is an Australian lawyer and former Governor-General of Australia, and Tim Costello, the Chief Advocate of World Vision Australia and a globally respected Human Rights activist and commentator. 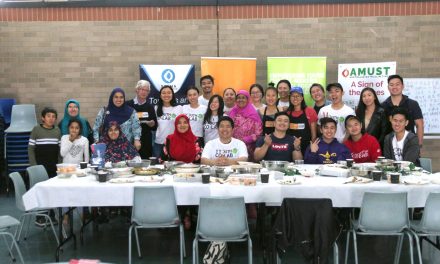