The 6th annual Twins of Faith Conference was held in Sydney on Sunday 23 September exploring the theme ‘Legacy: Will You Be Missed?’

The conference sought to not only educate the community on leaving a legacy, but also on providing them with the necessary tools to engineer the change in their lives.

Mercy Mission, the umbrella organisation responsible for the event, have routinely been offering charity services and educational programs for over a decade.

Through Mercy Mission’s various products, of which one is the Twins of Faith Conferences, efforts are made to unite the community with sponsors and speakers to encourage dialogue on particular topics focused on inspiring positive change.

Mr Tahir Usman, National Manager of Mercy Mission Australia articulated the aims of his organisation saying, “It’s about the simple basic stuff like remembering Allah every minute we can. It’s talking to people here about Allah and the Prophet (s). It’s through conversations and dialogues that we can remind ourselves and others. The more we remind people, the more the angels and Allah’s creations will make dua for us. That’s exactly what we try to achieve at these events”.

The theme this year was inspired by one verse of the Qur’an which was constantly referred to throughout the conference: “Indeed, it is We who bring the dead to life and record what they have put forth and what they left behind, and all things We have enumerated in a clear register.” (Qur’an 36:12).

In order to unpack this Qur’anic advice, the conference provided local and international guest speakers a platform on the main stage alongside workshop sessions, an interactive panel session and live entertainment.

There were also family-friendly activities and opportunities for conference sponsors and Muslim businesses to showcase their products and services. The conference formally proceeded with a welcome by MC Mr Ramzy Alamudi, followed by the recitation of the Qur’an from Surah Yaseen by Qari Anas Yaghmour.

Sheikh Daood Butt, an Al-Kauthar Institute instructor from Toronto, Canada began his talk ‘Phases of Life’ while empasising making the most of what you have been blessed with before it is lost.

Imam Hassan Elsetohy, CEO of MAA International, spoke on traversing the way of goodness and influencing others onto that path.

“With immense rewards on offer for the one who guides another to goodness, we should strive not only to do good ourselves, but help others onto that path,” he said.

The females speakers session also included many topics which discussed the importance of female leadership and empowerment. Talks were given by Sister Ramia Abdo Sultan, Umm Jamaal Ud-Din, and Sister Zohra Sarwari, who came from Sacramento, California. Nasheed and spoken words artists Ilyas Mao, Essam Muhammad and Muhammad Khodr performed during the show with lyrics that captivated the audiences’ attention.

Ilyas Mao performed inspiring nasheeds including his ‘Spread Your Wings’.

Essam Muhammad appealed to the pathos of the audience, sharing a personal story and performing spoken words encouraging people to live in the moment.

Muhammad Khodr traversed back in time and performed on some the famous personalities of Islam, including Salah ad-Din Ayyubi, reinforcing the message of leaving a legacy.

After each session, the audience were given the opportunity to explore some of the Muslim business stalls, wind down and enjoy a meal in the park on a lovely sunny day with their families and friends. MC for the day Ramzy Alamudi

This interaction truly emphasised the collaboration between the community, the business stall vendors and the sponsors of the conference.

The conference concluded with the final talk by Sheikh Daood Butt on Dreams 2 Reality indeed a symbolic end. The talk emphasised that without action, knowledge accumulation is not beneficial and urged for joining the two twins of faith, knowledge and action.

Sheikh Daood Butt discussed some of the tools that are necessary in engineering and executing a positive change and leaving a lasting and memorable legacy from the knowledge learnt during the conference.

The conference officially came to an end with a final collaborative performance by nasheed and spoken words artists Essam Muhammad and Ilyas Mao. The duo performed their famous nasheeds ‘Seasons’ and ‘Ummi’. Essam Muhammad gave an emotional talk about his struggles growing up

Attendees left inspired and equipped with the necessary tools to work towards making a positive change in their lives and leaving a legacy for the future generations. Muhtab Khan is the Project Manager for the Twins of Faith Conference Sydney and is based in Sydney, Australia. 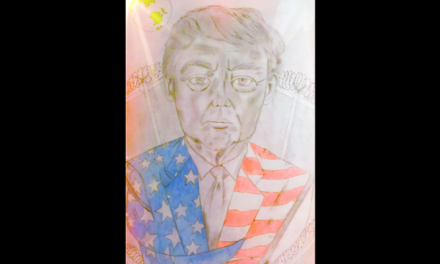 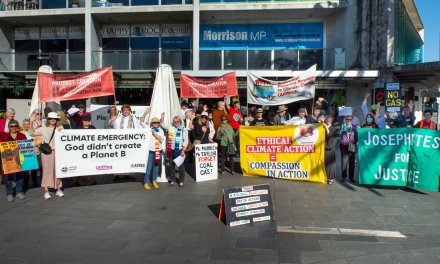 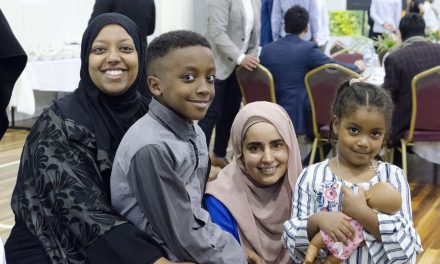